"From examining human turds to marching with them." 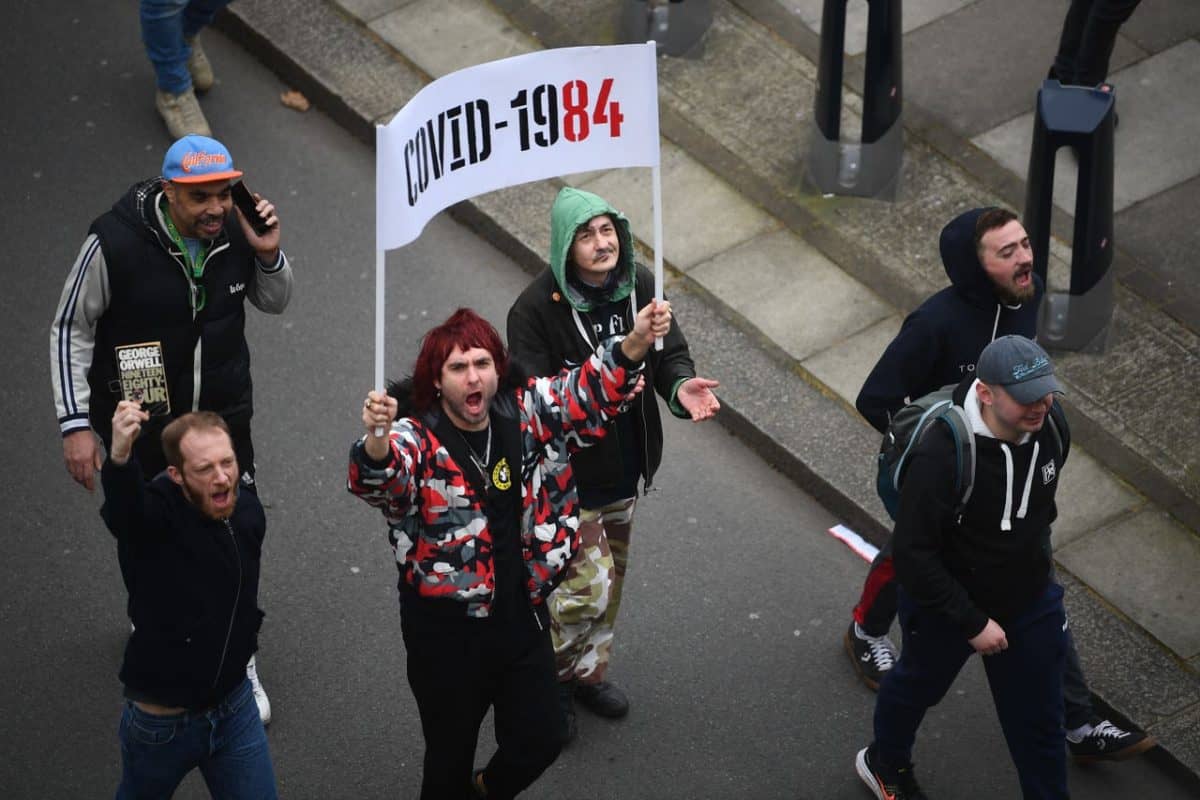 At least 36 people were arrested at an anti-lockdown protest in central London which saw crowds hurling missiles at police and assualting officers.

Thousands of people joined Saturday’s demonstration, which travelled from Hyde Park to St Paul’s Cathedral and back to Westminster, ahead of the anniversary of the first UK lockdown which began on March 23 last year.

It came after more than 60 MPs and peers signed a letter warning that allowing the police to criminalise people for protesting “is not acceptable and is arguably not lawful”.

The Metropolitan Police walked with protesters on their route along Oxford Street, Chancery Lane, the Embankment and Parliament Square before heading up Whitehall.

Members of the public left the park, with small children carried by their parents.

The Met said 36 people had been arrested by 6.45pm, many for breaching Covid regulations.

Laurence Fox was among the crowd. He Tweeted: “I would rather die than live in fear.”

I would rather die than live in fear. pic.twitter.com/tduJdzIrKZ

And he also uploaded a piece to camera.

Another ‘celebrity’ who voiced her support for the

Gillian is famous (ish) for examining people’s poo on TV and a fake faint on I’m a Celebrity.

Anyway her comments did not go unnoticed by some Twitter users

British people after checking why Gillian McKeith is trending this afternoon: pic.twitter.com/wUviOeRNGU

unsurprisingly, Gillian isn't very good at the science part of this https://t.co/sSeMuZhNuL

From examining human turds to marching with them https://t.co/PM87jvVUyc

Everyone who had their turds publicly shamed by Gillian McKeith is owed a massive apology.

The Divorced Actor, The Turd Inspector & Flat Earth Corbyn. If those were the leading lights on your march, wouldn't you wonder if you'd backed the wrong horse?

To be fair, Gillian McKeith is quite well qualified to comment on pieces of shit.#londonprotest https://t.co/BdZIioGEEB