A rare flower that stinks of ROTTING FLESH has bloomed at a prestigious university garden. The Titan Arum – also known as the corpse flower – at Cambridge University’s Botanic Garden burst into life on Monday night. Hundreds of people gathered for the occurrence which was happening for the first time in 13 years. The […] 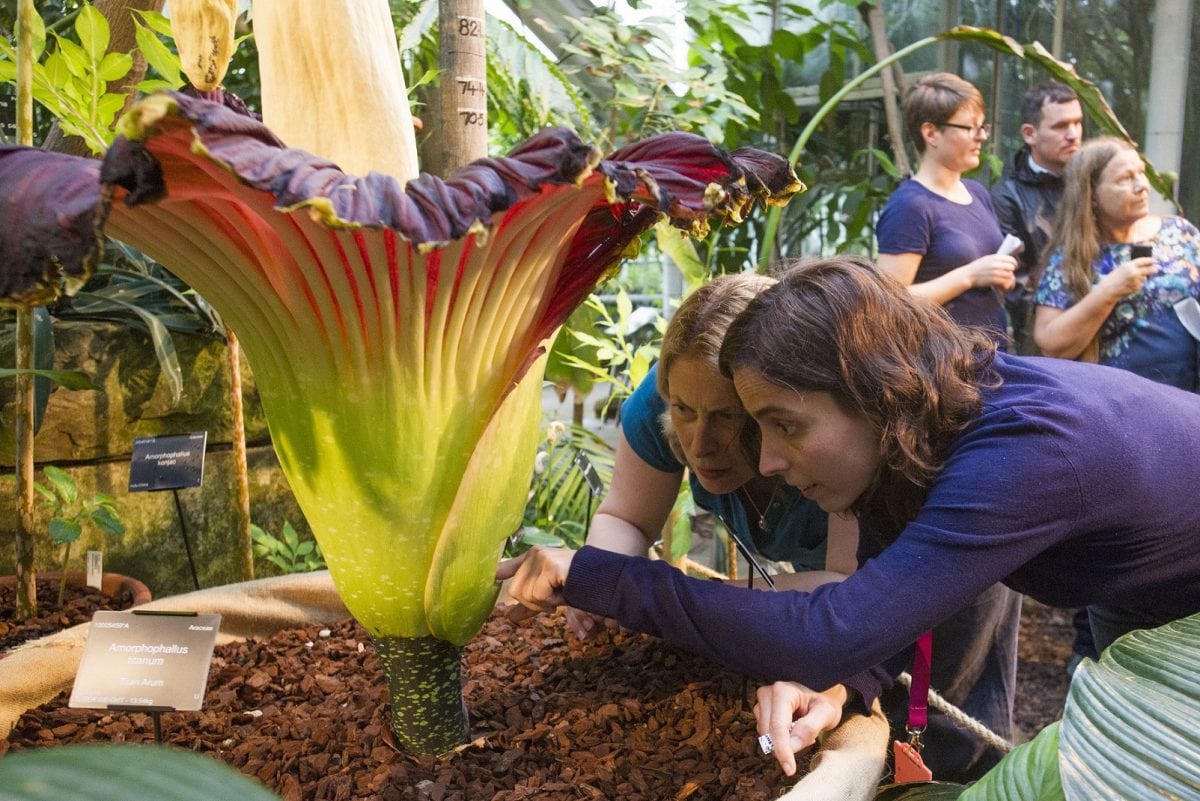 A rare flower that stinks of ROTTING FLESH has bloomed at a prestigious university garden.

The Titan Arum – also known as the corpse flower – at Cambridge University’s Botanic Garden burst into life on Monday night.

Hundreds of people gathered for the occurrence which was happening for the first time in 13 years.

The flower emits a rancid stench to attract pollinators and is more pungent at night when it heats up to about 40C.

Prof Beverley Glover, director of the Botanic Garden, said: “The Titan Arum is a fascinating plant to see in flower and flowering only really happens about once every decade, so it will be around another 10 years before we witness this smelly spectacle again.

“We really want to encourage people to take this opportunity to come and see this wonder of the plant world.”

Massive queues of people headed to view – and smell – the plant and one visitor said it “smells like mouldy bath mat”. The Titan Arum – affectionately nicknamed Titus – hails from Sumatra in Indonesia and is one of the biggest on the planet.

It is one of a pair at the garden and the other, named Tiny, flowered in July 2015,

The plants are categorised as a vulnerable species by the International Union for the Conservation of Nature.

A literal translation of the Latin name was deemed “too rude” for TV audiences, according to the Botanic Garden.

It is the largest flowering structure on Earth – growing up to three metres tall.

The flower is only open for 48 hours and attracts insect pollinators with its stench.