Ever been nervous about making a big speech? Well, it'll never be this bad: FIFA President Gianni Infantino has dropped a genuine stinker... 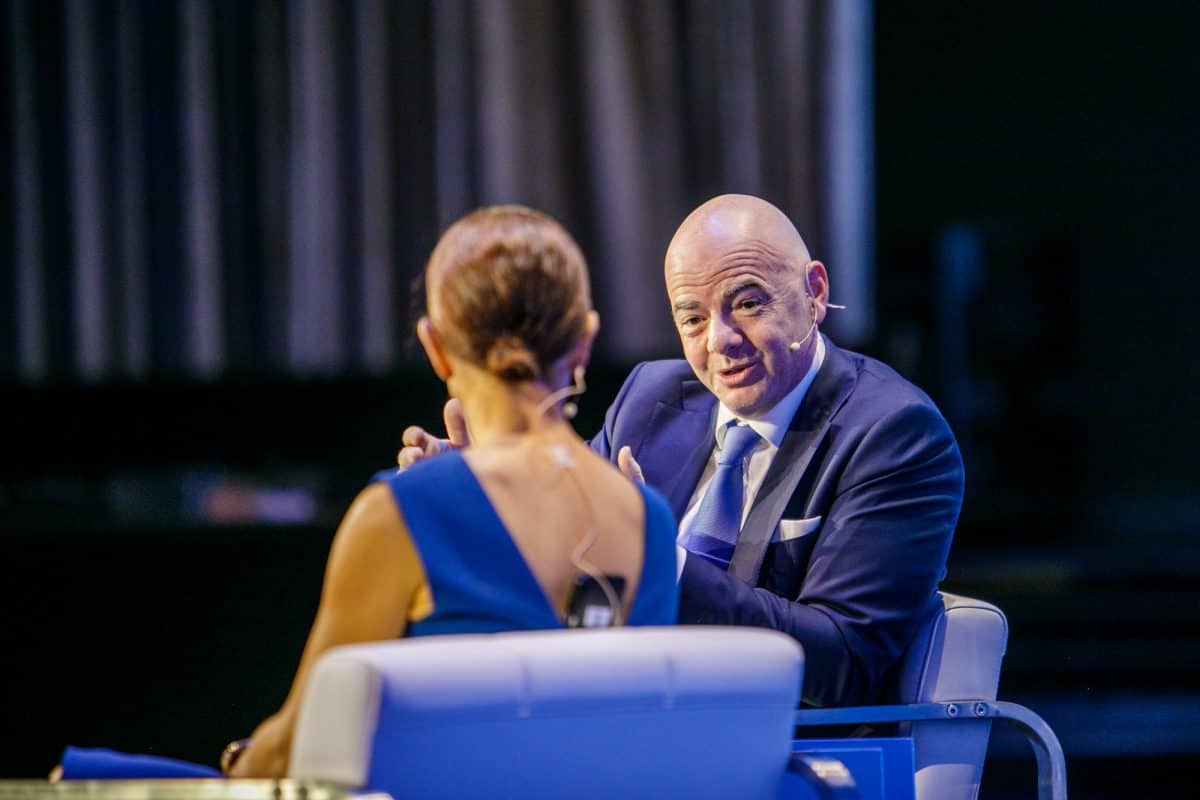 Mate, what are you doing? FIFA President Gianni Infantino has made a car-crash speech to delegates in Qatar, on the eve of the 2022 World Cup. In a series of ramblings, Gianni Infantino claimed that he ‘felt gay’ – and also performed some incredible what-aboutery…

Gianna Infantino speech in Qatar: What was said?

When Sepp Blatter was forced to leave his role as FIFA’s top dog, there was hope that Gianni Infantino would lead in a more dignified manner. However, the football supremo has failed to live up to certain expectations. This, however, is on a totally different level.

We’re not really sure where to start. The whole speech was a mis-match of faux pas and foot-in-mouth moments. However, it was his ‘strong feelings’ announcement that really left onlookers scratching their heads. He also slammed ‘European hypocrisy’ in regards to the host nation.

“Today I have strong feelings. Today I feel Qatari, I feel Arab, I feel African, I feel gay, I feel disabled, I feel a migrant worker. I am European. For what we have been doing for 3,000 years around the world, we should apologise for the next 3,000 years before giving moral lessons.”

“If Europe really care about the destiny of these people, they can create legal channels – like Qatar did – where a number of these workers can come to Europe to work. Give them some future, some hope.” | Gianni Infantino

It’s hard to pick-out the cringiest part of this address. His decision to slam Europe for its past, in order to defend what Qatar is doing in the present, was something of a false equivalency. In fact, Infantino seems to have this practice down to a tee.

The FIFA President said he has also experienced discrimination – given that he used to have ‘red hair and freckles’ when he was younger. Last time we checked, Gianni, that’s not exactly the sort of stuff the Qatari regime likes to persecute against.

Mr. Infantino also defended the ban on alcohol sales inside the World Cup stadiums. He says that similar rules are in place across Europe, and feels that there has only been a backlash ‘because Qatar is a Muslim country’. He’s had quite a morning, we’ll say that…

“This one-sided moral lesson is just hypocrisy. I wonder why no-one recognises the progress made here since 2016. I don’t have to defend Qatar, they can defend themselves. I defend football. Qatar has made progress and I feel many other things as well.”

“There will be many fan zones where you can buy alcohol in Qatar and fans can simultaneously drink alcohol. I think if for three hours a day you cannot drink a beer, you will survive. The criticism is because its a Muslim country.” | Gianni Infantino