Officers concluded that Cummings might have committed a "minor breach" but didn't issue him with a fine. 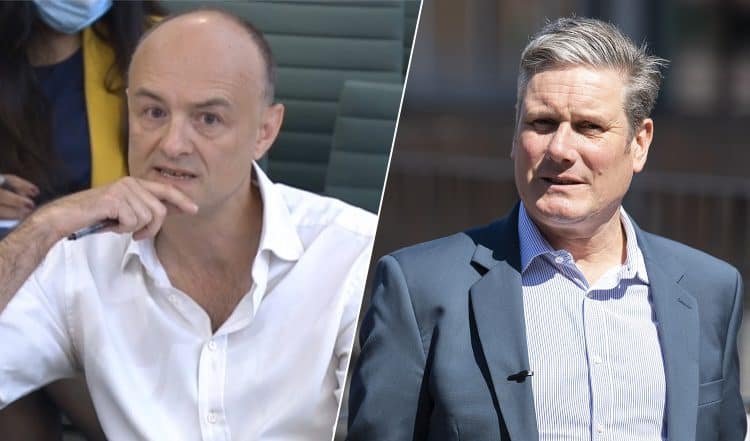 Durham Constabulary has found itself in an awkward position after it opened an investigation into Sir Keir Starmer.

The police force turned a blind eye to Dominic Cummings when he drove his family from London to the northeast while infected with coronavirus during the first national lockdown.

Officers concluded that he might have committed a “minor breach” of the law by driving to Barnard Castle, but that issuing a fine months later “would amount to treating Cummings differently from other members of the public”.

The political aide had claimed that he took the drive with his family to test his eyesight before a longer trip home.

He later defended his “weird” explanation for why he broke lockdown rules, telling MPs he could have made up “a hell of a lot better story” had he chosen to lie.

Durham Constabulary announced on Friday it was investigating claims an evening event attended by the Labour leader with other senior party figures and activists while campaigning last year might have broken pandemic social distancing regulations.

Police said they had U-turned on an earlier ruling after receiving “significant new information”. The force initially said that they did not believe an offence had been committed.

Police have not revealed what additional details sparked the probe but The Times reported a “key factor” was confirmation deputy leader Angela Rayner attended the evening. Labour had previously denied she had been present.

“I’m confident that no rules were broken”

The Daily Telegraph said the so-called “beergate” investigation will take up to six weeks, with those suspected of having breached lockdown rules due to be sent questionnaires.

Sir Keir, a former director of public prosecutions, told reporters on Friday in London – having returned from a victory lap around the country following Labour local elections successes – he did not believe the event had breached the rules.

“As I’ve explained a number of times, we were working in the office, we stopped for something to eat – no party, no breach of the rules,” he said.

“The police obviously have got their job to do, we should let them get on with it.

“But I’m confident that no rules were broken.”