"Good to know Keir is a proud trade unionist. Or at least he was in 2020," tweeted the former shadow home secretary. 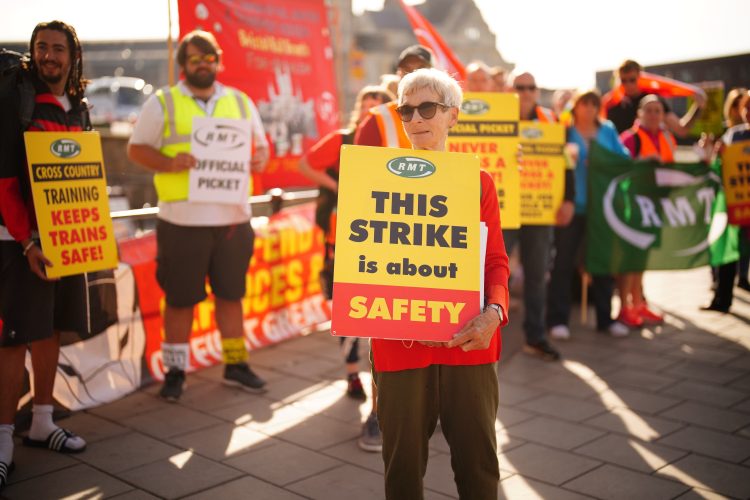 A senior Labour MP has warned colleagues that joining picket lines in support of striking workers will not resolve the dispute on the railways.

However, with teachers and nurses looking likely to be the next to stage walkouts, the hashtag #generalstrike began to trend on social media.

Shadow Treasury chief secretary Pat McFadden said he understands why the Rail, Maritime and Transport (RMT) union is pressing for a pay rise due to the rising cost of living, but that he wants to see a negotiated settlement.

Labour leader Sir Keir Starmer is considering possible disciplinary action after he reportedly ordered frontbenchers not to join picket lines outside stations as the country faces the biggest rail strike in a generation.

However, RMT boss Mick Lynch has called for unions across Britain to “coordinate action” as the country was hit by the biggest rail strike in a generation.

Other labour MPs still went ahead to support the striking workers.

Diane Abbott called out the labour leader and tweeted: “Good to know Keir is a proud trade unionist. Or at least he was in 2020.”

So Labour’s top brass don’t want any time of industrial action, but a lot of people on Twitter want a general strike.

Here are just a few of the comments: