A British boxing champ has been slammed as ‘a bully’ after he ‘shamed’ a ‘gender neutral’ shop assistant on Twitter by saying it was not “right for kids to see”. Billy Joe Saunders, 27, outed Meadowhall shop assistant Jonny Marsh for sporting stubble, hoop earrings and long dark hair. WBO middleweight champion Saunders shared […] 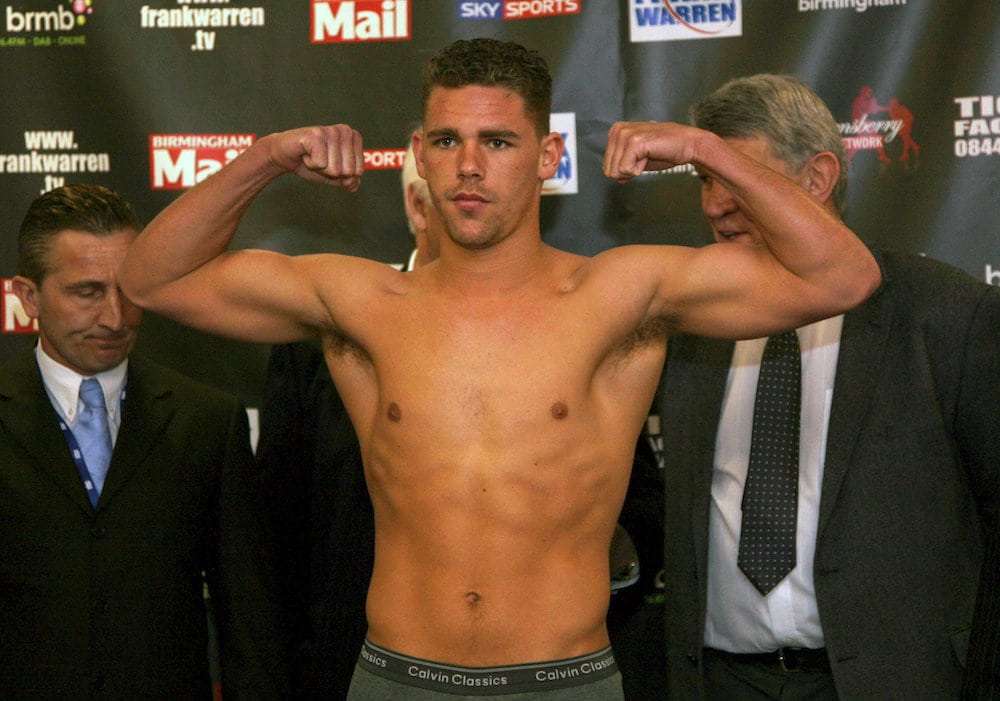 A British boxing champ has been slammed as ‘a bully’ after he ‘shamed’ a ‘gender neutral’ shop assistant on Twitter by saying it was not “right for kids to see”.

WBO middleweight champion Saunders shared a photo of Jonny and told his 92,000 Twitter followers: ‘Walking through Meadowhall Sheffield and see this – confused.’

The picture was taken of 25-year-old shop assistant Jonny who can be seen serving customers from behind his till at the Urban Decay store in Sheffield, South Yorks.

But the shop worker has hit back at the boxer and friends have flocked to his defence on Twitter accusing former GB fighter Saunders of prejudiced.

Commenting on the picture, Jonny said: “So today someone came to my workplace and took a photo of me, unbeknown to me to then post a hateful tweet about me! “They are supposedly someone who is representing Great Britain?

“How can someone is representing my country publicly shame someone for how they look and their gender?

“The comments on this post about me are vile, but do I care about the small words? No.

“If anything these small annoying things make me feel stronger in myself and more proud to be me!”

Mr Marsh added: “I really don’t think my gender needs putting in a box. I am me, Jon.”

People then tore into Saunders, who represented Great Britain at the 2008 Olympics, on Twitter after he attempted to defend his comments with a series of further tweets.

Replying to one message, Saunders wrote of Mr Marsh’s appearance: “Its up to him I don’t dislike him but don’t think it’s right for kids to see that’s all.

A friend of Jonny, Elsa Roberts said: “The comments he made are disgusting. Just looking at Twitter you can see the uproar and support Mr Marsh has. “The boxer has no remorse whatsoever. It’s awful to see. It is 2017, How can bullying still be a thing?”

“What an influence these sorts of things make on the youth of today and young up and coming athletes. We all want an inclusive and accepting world to live in don’t we?

“This ‘man’ has photographed Mr Marsh without his consent, at his workplace, without the workplace consent and published this online, using bullying and homophobic undertones to belittle him.

“His further comments are nothing short of an uneducated, bigoted spoilt brat. He has shown no remorse for his comments nor his following behaviour.

“I really hope that no other children/young adults and aspiring athletes see this and follow in his footsteps.

“He will use the excuse of being a boxer and that it is all a joke, like he is already doing on Twitter, We cannot let this go unpunished in this day and age.”

But as the angry comments continued to pour in, Saunders wrote: “Right not gonna sit on Twitter and argue with small minded people today you only want more followers.”

The boxer, originally from Hertfordshire, is training at Ingle gym in Sheffield for the training camp ahead of his title defence in September.