Brexit ‘can enhance UK’s lethality’, insisted the Defence Secretary today, before being promptly derided by all sides and reminded of the scale of Tory defence cuts. Brexit, said Gavin Williamson, recently mocked for suggesting Gibraltar could be defended from Spain with paintball guns, was an opportunity for Britain to be a global military leader. The […] 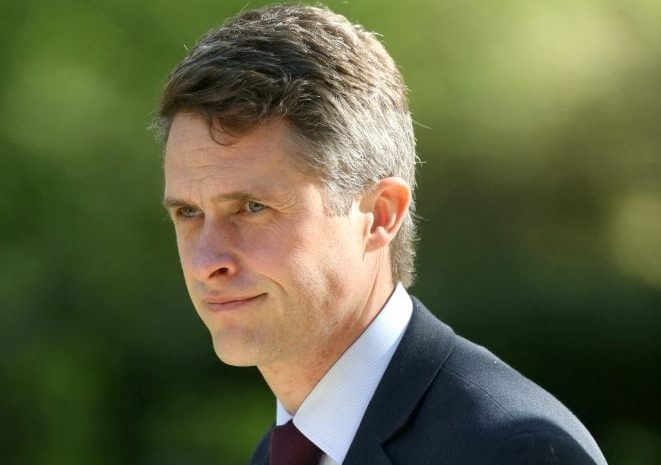 Brexit ‘can enhance UK’s lethality’, insisted the Defence Secretary today, before being promptly derided by all sides and reminded of the scale of Tory defence cuts.

Brexit, said Gavin Williamson, recently mocked for suggesting Gibraltar could be defended from Spain with paintball guns, was an opportunity for Britain to be a global military leader. The former Tory Chief Whip who used to keep a tarantula named Cronus on his desk gave a customarily belligerent address to a defence thinktank today.

She added: “The UK’s ability to play our role on the international stage has been completely undermined by eight years of Tory defence cuts.

“The Conservatives have slashed the defence budget by over £9bn in real terms since 2010 and they are cutting Armed Forces numbers year after year.

“Instead of simply engaging in yet more sabre-rattling, Gavin Williamson should get to grips with the crisis in defence funding that is happening on his watch.”

Others were worried by the tone of a speech that focused on what Williamson claimed was a need for Britain to have “hard power” and increased “lethality” post Brexit.

Andrew Smith of Campaign Against Arms Trade hit back: “With the UK at a crossroads, the Government should redefine its role, but that should mean an end to interventionism and the focus on projecting military strength around the world – not more of the same failed policies that have done so much damage.

“Williamson rightly condemns those that flout and ignore international law, but the Government is arming and supporting Saudi forces widely accused of violating international humanitarian law in atrocities against Yemen.

“At a time when budgets are being squeezed and cut across the country, and when millions are being hit by austerity, the Government is finding even more money for the military.”

Gavin Williamson not only suggested arming the people of Gibraltar with paintball guns to fire at Spanish ships to ward them off if they come close at a defence chiefs meeting.

The Sun also reported defence sources concerned that in another bizarre suggestion to get round Tory defence cuts, the Defence Secretary had talked about mounting missile launchers on tractors.

“The man is out of his mind. No one knows what to do,” a defence source told the paper.

The background to today’s call by Williamson for British forces to be ready to intervene unilaterally around the world is serious. The Conservative minister talked up the threat of Russia and China.

“Russia is resurgent rebuilding its military arsenal,” insisted Williamson, adding Nato must “develop its ability to handle the kind of provocations that Russia is throwing at us.”

Williamson also called for a new military base for Britain in Asia ” East of Suez” as tensions with China grow.

Britain’s new aircraft carrier would be sent to China’s backyard in a show of strength as President Xi’s government increasingly disputes islands in the South China Sea.

“Our armed forces represent the best of global Britain in action: action to oppose those who flout international law; and action, on occasion, that may lead to us intervene ourselves,” Williamson insisted.

“Brexit has brought us to a great moment in our history,” Williamson announced, “a moment when we must strengthen our global presence, enhance our lethality and increase our mass.”

But Williamson was immediately ridiculed from all quarters.

“The idea that our membership of the European Union restricts us is the purest nonsense. You don’t have to know much history to know why Europe is and will remain central to our military posture or that co-operation and peace in Europe is what allows us to invest in global strength,” reacted former shadow chancellor, Chris Leslie.

“In fact the economic damage that Brexit threatens is what will most quickly weaken our forces. The Treasury’s own forecast is that Brexit will leave us £100 billion worse off and the experience of recent years is that the Treasury is never slowto pick on defence when it is looking for cuts. In the economic mess that will follow Brexit, hopes of East of Suez could be the first to go.”

Diane Abbott MP also warned of the security risks of a no deal Brexit which Theresa May is yet to rule out, as well as concerns about her withdrawal deal.

“The Tories continue to show nothing but contempt for our safety and security. They have admitted that their Brexit agreement does not contain all that is necessary to keep this country safe,” said the Shadow Home Secretary, adding: “Labour has demanded protection from a no deal scenario. A government that would knowingly compromise the safety of its citizens has no business running a country.”