Kester Brewin replied supporting the ex-football star writing: "In which so many of the replies confirm the patient's belligerent ignorance of the seriousness of their condition." 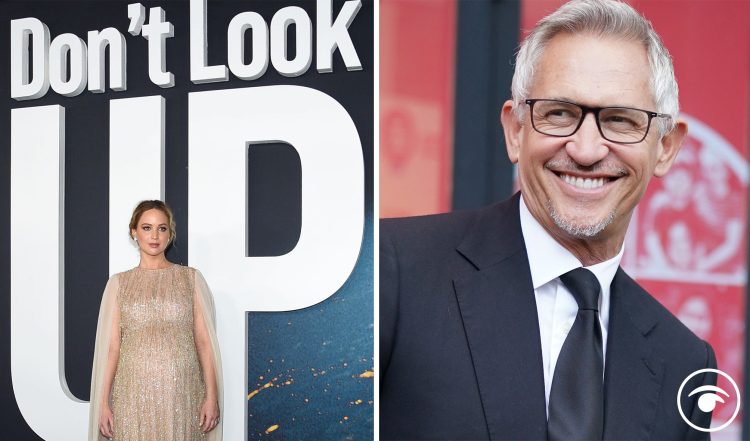 Parts of the UK are expected to sizzle in temperatures of 34C (93.2F) as the hot spell of weather reaches its sweltering peak on Friday.

The Met Office said London and potentially some spots in East Anglia are most likely to reach the 34C high, making it the hottest day of the year so far.

It comes as a dangerous heatwave has hit much of the US Midwest and South.

Temperatures soared in Chicago and combined with the humidity to make it feel even hotter there and in other sweltering cities.

More than 100 million people were expected to be affected by the middle of week and authorities warned residents to stay hydrated, remain indoors when possible and be aware of the health risks of high temperatures.

With this in mind Gary Lineker tweeted: “Another heatwave over Europe and elsewhere. Records broken year on year. We’re like a cancer patient who knows there’s a tumour, but prefers to ignore it and hopes it goes away, even though it gets larger everyday. #DontLookUp.”

A lot of people came back with this sort of reply:

You get the point…

Kester Brewin replied supporting the ex-football star writing: “In which so many of the replies confirm the patient’s belligerent ignorance of the seriousness of their condition.”

As you can see Gary had enough of it and tweeted: “Right, I’m done with the wearisome, misinformed climate change deniers. Blocking as many as possible.”