“This isn’t a question for France and the British, but a question of respecting your word," he also said. 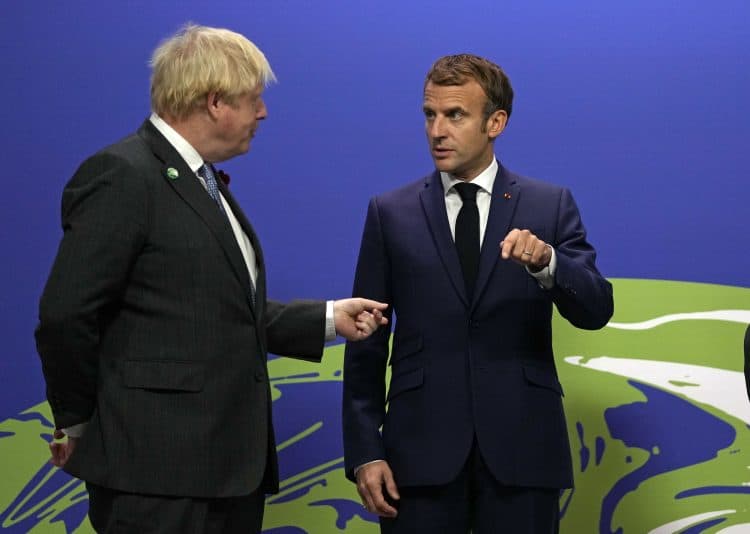 The French president accused the UK of playing with his country’s nerves in the post-Brexit row.

“We have not got what we wanted. They are playing with our nerves,” Mr Macron said during a visit to Aulnoye-Ameries in northern France. “We will not yield.”

Speaking to reporters, Mr Macron said: “We are going to continue to fight, we will not abandon our fishermen.”

French threats were taken off the table while the European Commission brokered talks between the two sides, but Mr Macron appeared to suggest the negotiations were taking too long.

He said: “The Commission must protect us. It has to see this through, but it’s moving too slowly, too weakly.”

France will do it

He added: “If the Commission doesn’t play its part, France will do it.”

Brexit minister Lord Frost has met with French Europe minister, Clement Beaune, and the Commission, to try and find an answer to the row over small vessels.

But there has been no resolution yet to the dispute and Paris has insisted the sanctions – which could include a ban on British trawlers landing their catches in French ports and tighter customs checks to hamper cross-Channel trade – remain “on the table” if a deal cannot be reached.

The French have also threatened to cut off the electric supply to Jersey.

“I refuse returning to a bilateral discussion,” Mr Macron said, because “this isn’t a question for France and the British, but a question of respecting your word”.