Police and support services cuts blamed as over 2,000 people were found to have weapons including swords, a machete and a zombie knife. 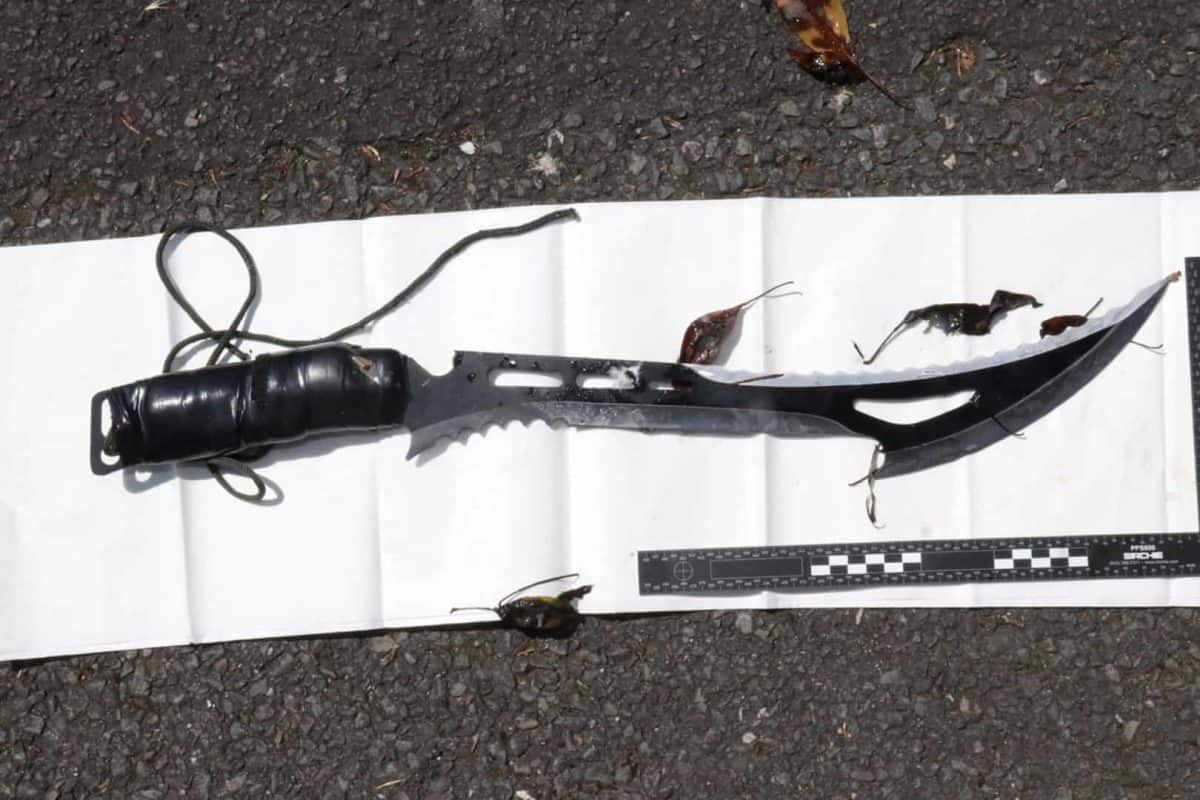 Thousands of children have been caught carrying weapons in school, an investigation has found, with suspects as young as four years old.

Police seized scores of knives, blades and other sharp instruments, while a 14-year-old was caught in possession of a sword.

Other weapons included knuckle dusters, a hammer, and a Taser, data obtained by the PA news agency under Freedom of Information laws showed.

School leaders said the figures were “grim but unsurprising”, reflecting an issue in society as a whole that schools cannot solve alone.

Police chiefs warned that violence is a growing problem among young people, and forces are working with schools to educate youngsters and explain why they should not carry weapons.

Information from 29 police forces in England and Wales with relevant data showed there were 1,072 incidents in the last financial year, up from 831 in the previous 12 months.

Between April and August 2019, there were a further 311 incidents.

The figure is expected to be much higher considering several forces – including the Metropolitan Police, the largest in the country – did not provide data.

Knives, including lock-knives, pen knives and craft knives, were involved in 1,260 incidents across between April 2017 and summer 2019 – more than half of the incidents reported overall.

In one case, Dyfed Powys recorded an unidentified four-year-old who is said to have been in possession of an unnamed weapon. They were unable to provide further details about the incident.

Lucy Martindale, a youth worker from south London who lost 11 family and friends to murder, gun and knife crime during a seven-year period, said: “The situation is getting worse, even just this year.

“Some young people I speak to say before they leave the house – where most people check they have picked up their keys and wallet or purse – they check they have their knives with them.

“There needs to be more collaborative action – not just government, but the community as a whole, parents, police, coming together and trying to come up with an answer.”

“Serious violence is a growing problem amongst young people and we continue to work closely with partners to address this,” she said.

“Police involvement in schools, whether it be officers delivering talks and interactive sessions or based in schools themselves as part of the Safer Schools Partnership, helps us to educate young people and explain why carrying a weapon is never the right choice.”

Cuts are fuelling the crisis

Geoff Barton, general secretary of the Association of School and College Leaders, argued that cuts to policing and local support services are fuelling problems with weapons in society.

He said: “These figures are grim but unsurprising and reflect a growing problem over the prevalence of weapons in wider society.”

He added: “The scourge of weapons has grown worse in recent years, and while there are a number of complex factors involved, a key issue has been cuts in policing and local support services for vulnerable families.

“Gangs have filled this vacuum and often pressure and groom young people into dealing drugs and carrying weapons.

“Schools are doing their best to tackle these problems, but they cannot possibly solve this issue on their own. They need more back-up in the form of well-resourced community support services and more investment in policing.”

Paul Whiteman, general secretary of the National Association of Head Teachers (NAHT), said society needs to be clear about what it is reasonable to expect of schools in terms of preventing serious violence.

“For schools, it’s about education and safety,” he said.

“A wider remit than that would be ineffective because the issues that underpin violent and antisocial behaviour extend far beyond the school gates. The biggest barrier to keeping young people safe is not a lack action from schools, it is a lack of funding for essential public services.

“Schools already work in partnership with the police and local authorities to prevent pupils from coming to harm and to ensure they don’t cause harm to others. The problem for everyone concerned is that they are all under-resourced and over-stretched.”

Most secondary schools have weapons policies

“It seems that most secondary schools now have explicit policies about weapons, particularly knives, with severe penalties including temporary or permanent exclusions for first offences,” she said.

“Our users are supportive of this zero-tolerance approach and are reassured when their child’s school has a clear policy that is proactively discussed with parents and students.

A Department for Education spokesman said: “Schools should be safe and disciplined environments for both pupils and teachers.

“We recently announced a £10 million investment to establish behaviour hubs so that schools with a track record of effectively managing pupils’ behaviour can share what works with schools that need it.

“We have strengthened teachers’ powers so they can take action if they suspect a pupil has brought a prohibited item, including knives, into schools.”