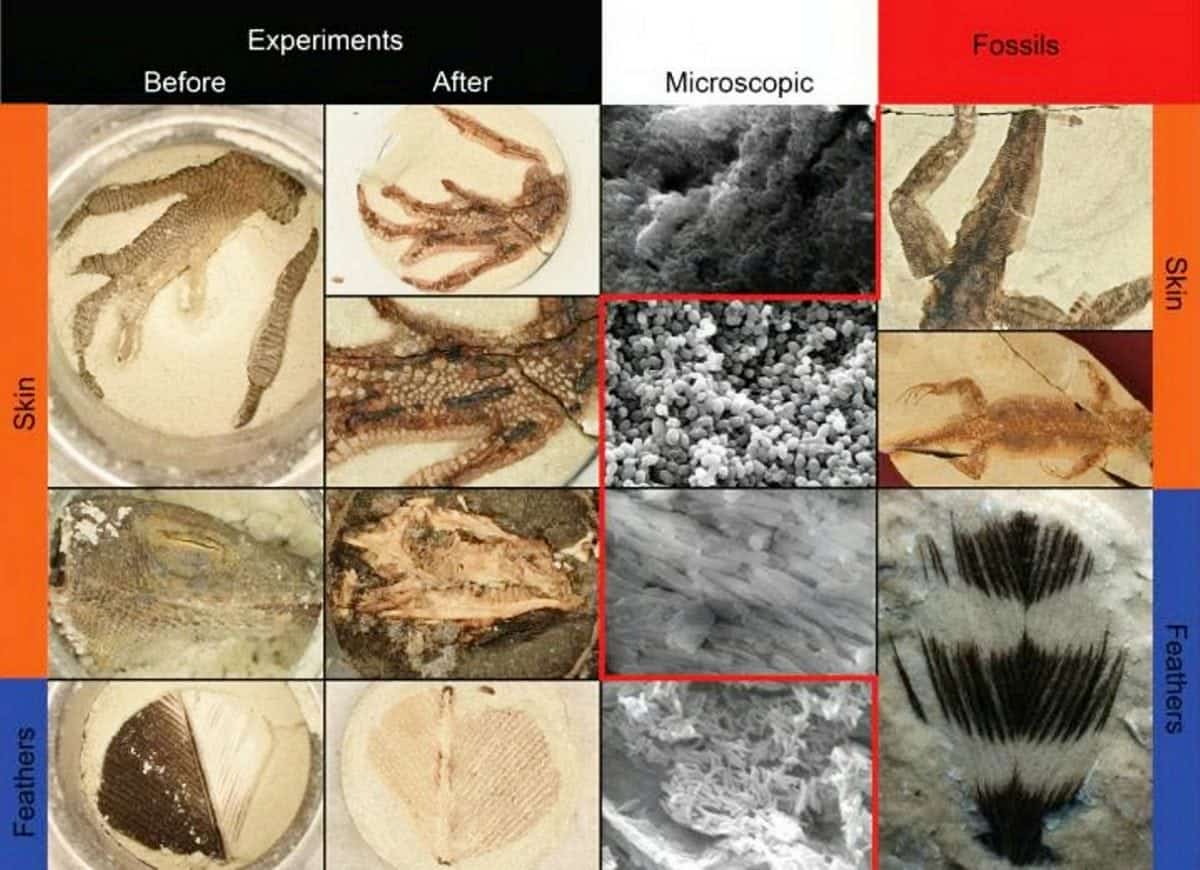 Fossils that usually takes millions of years to create can now be done in a matter of hours in the lab, a new study revealed.

It is thought to be the most successful ever attempt at “fossil simulation”, which could unlock new ways to research extinct species like dinosaurs.

Scientists will now be able to build a better idea of how fossilisation works and what kinds of materials, from feathers and skin to tiny molecules like proteins, can become fossils, and which ones can’t.

Lead author Dr Evan Saitta who worked on the project as part of his PhD at the University of Bristol said: “Palaeontologists study fossils – we interpret them to learn about the evolution and biology of extinct animals.

“But the fossil record yields data that can be hard to interpret. For us to answer our questions, we need to understand how fossils form.

“The approach we use to simulate fossilisation saves us from having to run a seventy-million-year-long experiment.

“We were absolutely thrilled.”

The post-doctoral researcher now at the Field Museum of Natural History in Chicago and colleagues used a hydraulic press to pack the biological samples into coin-sized clay tablets.

They heated the tablets in sealed metal tubes inside a laboratory oven at more than 210 degrees Celsius and 3500 psi pressure, similar to a diver’s oxygen tank.

After about a day, they pulled the tablets out, revealing specimins with the hallmarks of fossils made the natural way over tens of millions of years.

Dr Saitta added: “We kept arguing over who would get to split open the tablets to reveal the specimens.

“They looked like real fossils – there were dark films of skin and scales, the bones became browned.

“Even by eye, they looked right.”

Study of the fossils under a microscope also revealed similarities with the real-deal at a molecular level.

Dr Saitta said: “We could see exposed melanosomes, the structures that contain the biomolecule melanin that give feathers and skin their colour, and scientists have found melanosomes in real fossils too.

“Less stable materials, like proteins and fatty tissues, don’t show up in real fossils, and they weren’t present in ours either. 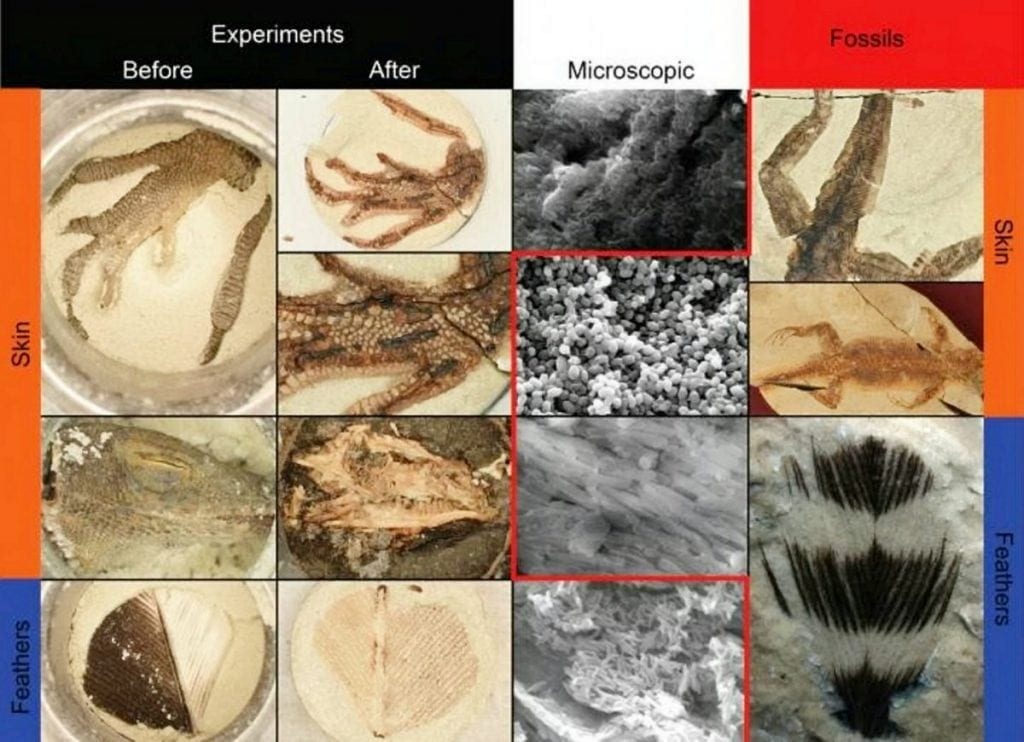 “If we use this to find out what kinds of biomolecules can withstand the pressure and heat of fossilisation, then we know what to look for in real fossils.”

Previous attempts by the team to recreate the fossilisation process in a lab, including using sealed tubes without clay, provided unpleasant results, they said.

Dr Saitta said: “When we cut them open, a rancid-smelling goo would come out, but in our new method, with clay, the breakdown products can leak out into the sediment.

“It’s a more realistic and directly comparable simulation of how fossils are made.

Senior lecturer Dr Jakob Vinther at Bristol’s School of Earth Sciences and School of Biological Sciences added: “What we are coming to realise is that fossils aren’t simply a result of how fast they rot, but rather the molecular composition of different tissues.

“However, it is inherently difficult to take the conceptual leap from understanding chemical stability to understanding how tissues and organs may, or may not, survive.”

The study looked at “exceptional fossils” which don’t just include hard materials like bone, but also soft tissues like skin, feathers, and biomolecules.

Dr Saitta said: “There are some dinosaur fossils that are preserved not just with bones, but with a dark carbonaceous film of feathers.

“These fossils tell us about the evolution of birds and feathers, so it’s important to understand how feathers preserve.”

He added: “With the ideas we have now, we could do ten years’ worth of research.

“We’re beginning to get into a gold rush – there are lots of claims of fossilised biomolecules.

“We’re always looking for them and trying to find out what they’ll tell us about life in the past.”

The study was published in the journal Palaeontology.