Dozens of firefighters and 11 engines tackled at least two blazes in Ashdown Forest. 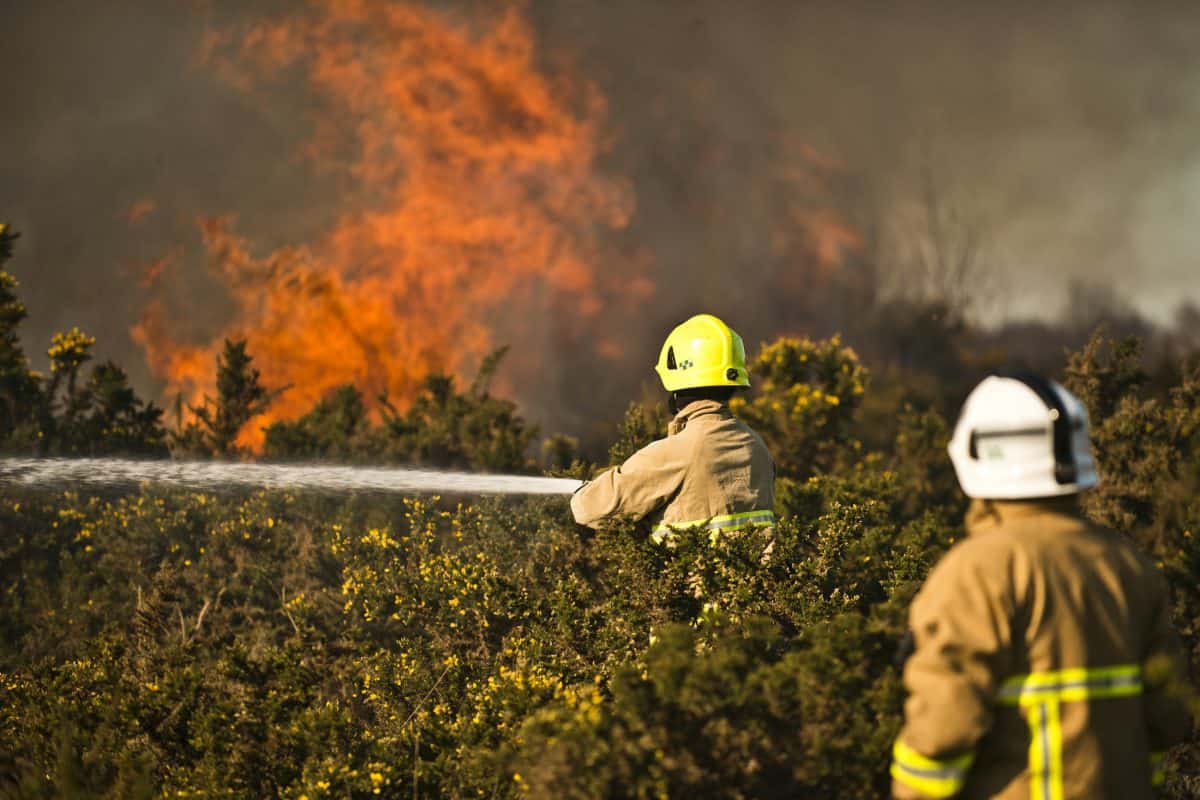 Wildfires have torn through a forest best known as the setting of A. A. Milne’s children’s classic Winnie the Pooh.

Two separate blazes started within an hour of each other in Ashdown Forest in east Sussex today (Tues), on the hottest February day on record.

Dramatic pictures show smoke billowing from the forest known as Hundred Acre Wood in the book.

Firefighters said more than 35 hectares of woodland had been affected, with both fires spreading.

East Sussex Fire and Rescue Service said “unusual warm weather this week” meant the ground was drier than usual, and could lead to a greater risk of outdoor fires.

At least 65 firefighters were at both sites, it added.

Another four crews were dispatched after another blaze then broke out less than two miles away at 1.37pm.

Members of the public were warned to stay away as firefighters battled the fire with hose reels.