The latest survey found 56 per cent support for leaving the Union - with the SNP on track for winning a majority at May’s Holyrood elections. 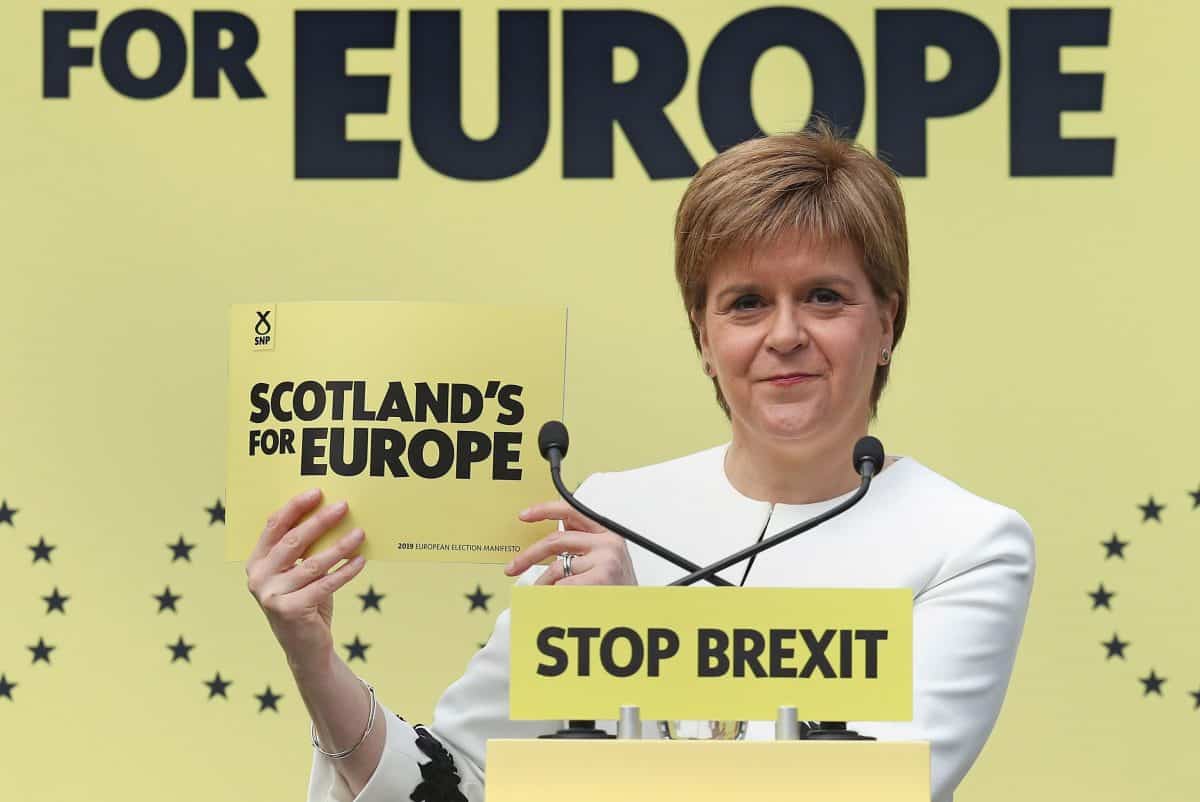 Brexit talks stretched late into the night with no clear breakthrough in sight, as the clock ticks closer to the deadline to strike a trade deal.

The negotiations continued after Boris Johnson insisted the UK’s “bottom line” on a post-Brexit trade deal is to “take back control”.

Johnson said he was “absolutely committed” to trying to secure a deal “if we can” amid warnings talks with the European Union have reached a “make or break” point.

The negotiations are being particularly keenly followed in Scotland, where this week a fifteenth consecutive poll has found a majority supporting Scottish independence.

The latest survey from Ipsos MORI/STV News found 56 per cent support for leaving the Union – with the SNP on track for winning a majority at May’s Holyrood elections.

And, with fewer than 30 days until Britain is due to formally sever ties with Brussels, supporters of Scottish independence are set to gather for a demonstration at Holyrood, proclaiming that they “didn’t vote for this”.

Mike Blackshaw, of pro-independence group Edinburgh Yes Hub, said: “Covid restrictions make it very hard for Scots to mobilise and demonstrate continuing opposition to Brexit and the hollowing out of devolution – though opinion polls with support for independence are a strong indication.

“But we are determined that a Brexit deal (or worse a, No Deal) which every council area of Scotland rejected in 2016, should not be allowed to pass without protest.”

Morag Williamson, of pro-EU group Yes for EU, said: “Boris Johnson told his supporters that devolution has been a disaster. This is a massive insult to the majority of Scots of all political persuasions, who continue to support devolved powers and want to stay in the EU.

“The best way to secure a better future for Scotland is via independence. Like other small nations we will govern ourselves and become a respected partner in Europe.”

Michel Barnier, the EU’s chief negotiator, briefed ambassadors from the 27 member states on the latest negotiations amid little sign of progress on the key issues.

He was said to have warned that significant differences remain over fisheries, state aid rules and the governance arrangements for any agreement.

The current trading arrangements expire at the end of the month, and failure to reach a deal would cause significant economic disruption.

The German MEP David McAllister, of the European parliament’s Brexit co-ordination group – which also met Barnier, said they had reached a “critical moment” in the negotiations.

He said agreement needed to be reached “within very few days” if the parliament and the member states were to complete the necessary “procedures” before the end of the Brexit transition period at the end of the year.

“This is the critical moment where principles need to be translated into rules and, more importantly, rules need to be guaranteed by a robust enforcement framework,” he tweeted.