“I just couldn’t stay in the Conservative party. I’d heard people crying and listened to them panicking." 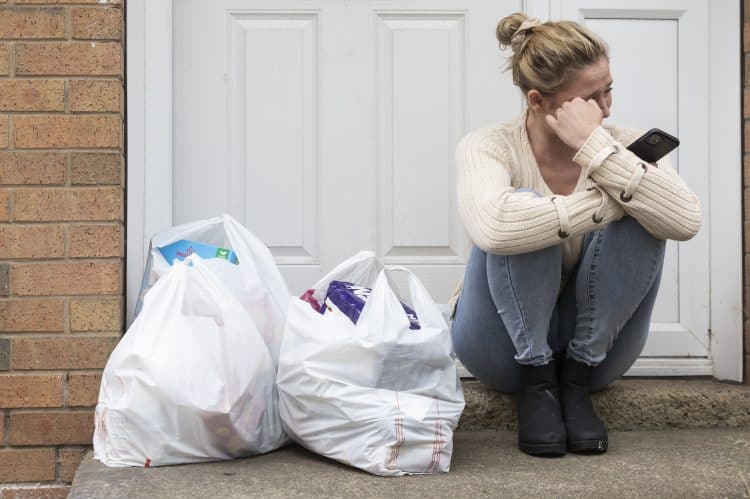 A foodbank founder said she stepped down as a Tory councillor after seeing the ‘detrimental’ affects the party’s government was having on people.

Nic Stansby, 54, said having a man referred to her foodbank with just 29p in his bank account was a number of eye-opening interactions that led to her quitting the party.

She set up regular food parcel deliveries from her local Methodist church at the start of lockdown to help residents who might be struggling while still a Tory councillor.

But she was shocked at the scale of foodbank use, including one man who was referred for help who had just 29p in his bank account.

Nic, who unsuccessfully stood for re-election in May as an independent after stepping down from her role as leader of the Conservative group on Wakefield Council, said: “He had been without electricity for four days. Sending him food would have pointless because he didn’t have the means to cook it.

“I just couldn’t stay in the Conservative party. I’d heard people crying and listened to them panicking.

“People are frightened about the future and I couldn’t in all honesty remain in the party.

“I joined the party because I thought I could do the most good for people within the party. But it’s hard to represent a party that is having such a detrimental impact.

“I had been quite outspoken, I said things the party is putting in place, we’re going to have to pay for this. People will struggle.

“People think people on benefits use foodbanks as a way of life. But actually a lot of our customers use foodbanks for the first time in their life and they’re embarrassed by it.

“We’ve got people who are doing less than 16 hours per week but aren’t entitled to claim Universal Credit.

“A lady we work with was in fuel debt, they put in a prepayment meter, we helped her get the confidence to find a job.

“She does 12 hours a week and the job pays less than if she’d stayed on Universal Credit.”

She added: “The energy price cap is just managing expectations, people are expected to be relieved to ‘only’ be paying two and a half times more in fuel as opposed to three or four times more.

“But people were struggling in the first place, it’s not enough.

“Pensioners can’t cope, they’re on fixed incomes, they need the heat in the winter and their pensions aren’t going to go up two or three times.

“The energy cap should be reduced for a start, the state pension should be increased and Universal Credit should be more flexible so people can work up to 10 hours a week and still claim.”

One of Nic’s regular foodbank users, single mum-of-two Beth – who did not want to give her surname – wept as she told how she struggled to afford to feed her kids, aged four and seven.

A professional photographer, Beth has struggled to get childcare to fit around working unsociable hours since moving to the area after her relationship broke down.

Speaking through tears, she told how she received £600 in Universal Credit, but after rent contributions and paying for her gas and electricity, she was reliant on food parcels.

She sobbed: “I’ve been using the foodbank for about a year, it’s a lifesaver. I couldn’t make it through the week without it. If it wasn’t for the foodbank, I would not be able to feed the kids.

“Two weeks ago I couldn’t afford to buy my son a pair of glasses. It’s so hard.”

Her situation is so desperate that Nic and her trustees at the foodbank have donated a microwave and blankets to her ahead of the winter chill.

Beth added: “I’m going to have to put them in layers and keep all the doors shut.

“I’m on a prepayment meter and I put £10 on and it only lasts me five days.

“I’m frightened to death what will happen over the winter, I’m not going to be able to afford gas and electricity.

“The government isn’t doing enough to help people that are struggling. When you go through the authorities, you have to wait for goodness knows how long for any help.

“The only people that have said we will help immediately is the food bank.”

It comes as foodbanks fear they may run out of supplies this winter amid an “overwhelming” surge of new people falling into hardship during the cost of living crisis.

Nathanya Laurent, development manager at Leeds South and East Foodbank, said she feared they may struggle to keep up with demand this winter.

Nathanya, who co-ordinates deliveries from a warehouse to foodbanks across Leeds, said: “We are seeing demand is going through the roof and we’re seeing a drop in donations.

“The reason is because A; people are tightening their belts, they don’t have the disposable income to donate to the foodbanks.

“And B; food is more expensive so if people are donating £10-15 worth of food, it isn’t going as far as before.

“We’re sending out several tonnes of food to food banks and we’re not getting that in. The demand is outstripping the supply.

“We’ve seen a massive increase in people using our food banks and it’s now different groups of people using them.

Shockingly, Nathanya said one desperate foodbank user revealed he’d added beans to his kettle to warm them up.

And that a grade six nurse uses her foodbank despite training for years to land her role.

She added: “There needs to be an overhaul of the social security system, the £20 Universal Credit uplift in the pandemic was a really good way to support those on the lowest incomes to buy food.

“That £80 a month was so helpful for so many families. That extra money could help somebody to improve their life.”