One eyewitness described the fire as “crawl[ing] up the cladding like it was nothing”. 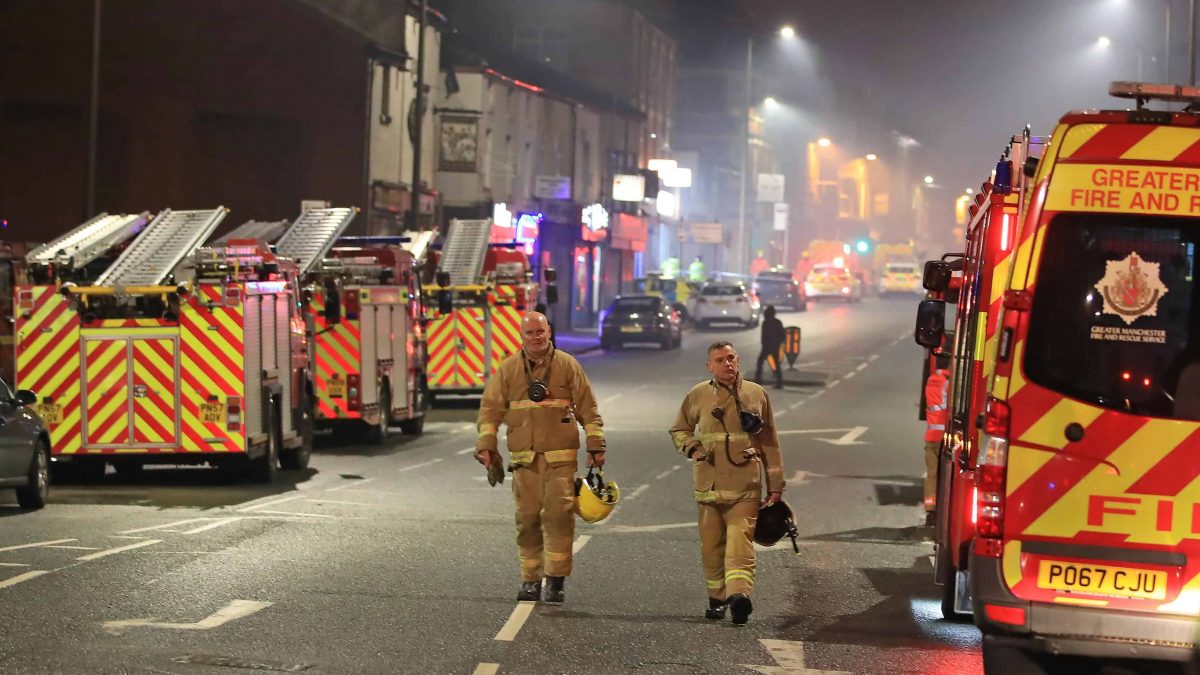 More than 40 fire crews were called out to tackle an ‘intense’ blaze at student flats in Bolton last night.

Images posted on social media showed firefighters tackling the blaze on the top floors of a six-storey building known as The Cube on Bradshawgate at around 8.30pm on Friday night.

One eyewitness described the fire as “crawl[ing] up the cladding like it was nothing”.

That's cladding. Burning. On a block of student flats. More than two years after Grenfell.

Bubbling from the outside

Ace Love, 35, told the PA news agency: “The fire kept getting more intense, climbing up and to the right because the wind was blowing so hard.

“A lot of students got out very fast, someone was very distressed, the rest were on phones calling for help.

“The fire got worse and worse, to the point where you could see through the beams, it was just bare frame.”

The devastating inferno comes two years after students living in the flats were assured that they didn’t have the same dangerous cladding as Grenfell Tower.

Angela McKinney, operations manager for student accommodation owner DIGS, said that the building had staff on site 24/7 and that residents would be evacuated if there is a fire.

She said that safety inspectors were “happy” with what they had seen at The Cube, and added: “When any further legislation or reviews are published we will be reviewing our procedures accordingly.”

Greater Manchester Fire and Rescue Service (GMFRS) confirmed paramedics had treated two people at the scene, including one person rescued by crews via an aerial platform.

A spokesman said more than 40 fire engines were still at the scene on Saturday morning tackling “the last few fighting pockets of fire” in the building, which had been evacuated.

Authorities have asked anyone who was living at or visiting The Cube to register at the nearby Orlando Village student accommodation facility.

“We have divided the fire itself into four sectors of firefighting, allowing us to target our efforts on particular hotspots,” GMFRS area manager Jim Hutton said in a statement.

“While the building does remain on fire, we are doing all we can to stay on top of this situation and soon extinguish the flames.”

Supporting the welfare of our students

Road closures remain in place around the area.

Professor George E Holmes DL, President and Vice Chancellor of the University of Bolton, said: “Supporting the welfare of our students is our number one priority and we have moved swiftly to assist in any way we can.

“University colleagues have worked through the night to make sure support is in place for students over the weekend.

“We have assisted in ensuring students have been given temporary alternative accommodation at the Orlando student halls and in some Bolton hotels.

“We have also arranged to provide necessities such as toiletries for all students affected and are opening the University over the weekend so students can be supported. We will also provide food for them.

“I would like to stress that The Cube is not owned by the University of Bolton. It is owned and managed by a private landlord and the students were not on our premises when during this incident.”