Irish Ferries’ ship Ulysses docked at 5.55am with about a dozen trucks on board, having travelled from Holyhead in Wales. There were no delays. 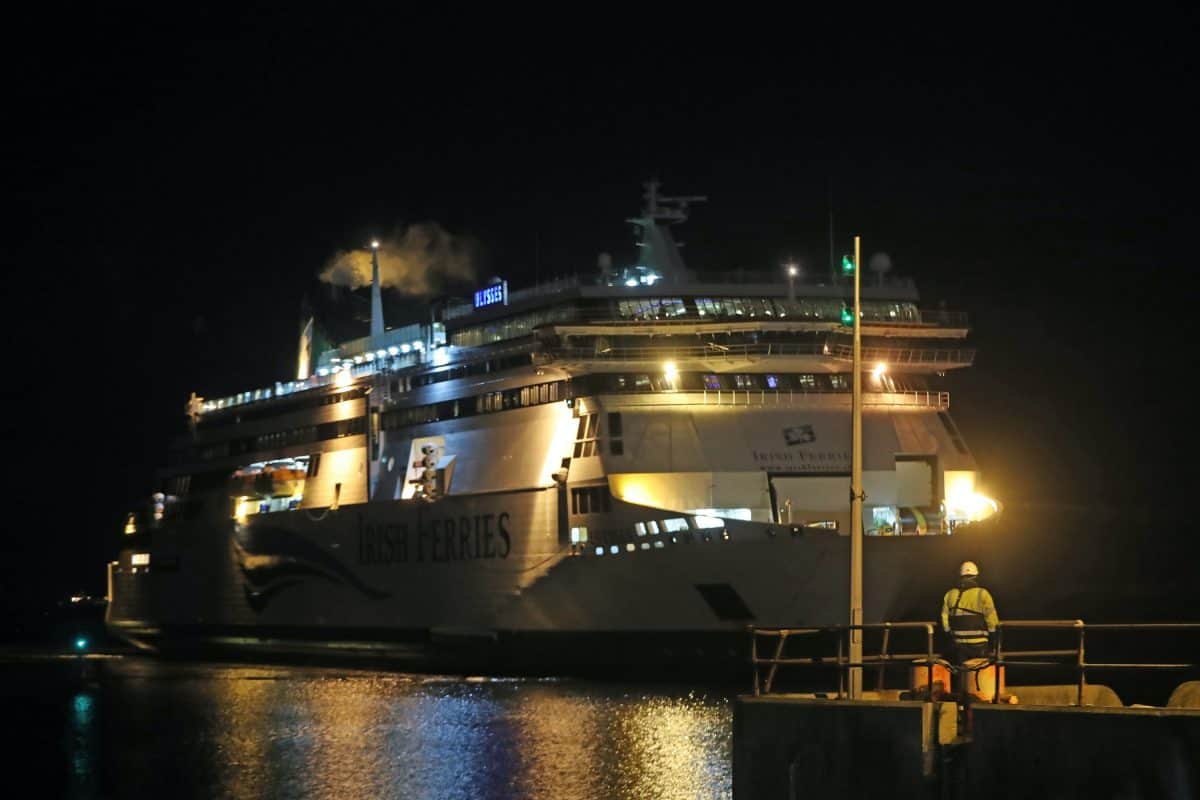 The first ferry has arrived at Dublin Port under new post-Brexit trading rules, following the end of the transition period on Friday night.

Irish Ferries’ ship Ulysses docked at 5.55am with about a dozen trucks on board, having travelled from Holyhead in Wales. There were no delays as the freight trailers cleared customs checks for the first time under the new rules.

After 47 years as an EU member state, the UK left the bloc at 11pm on New Year’s Eve, becoming a third country for trade purposes and customs declarations.

New documentation and red tape is now required between EU member states and Britain, which is anticipated to cause massive delays at ports in the coming weeks.

A small number of ships arrived after 11pm on Thursday night, but they were covered by the previous arrangements.

Irish hauliers have warned of “mayhem” at ports in the coming weeks. Eugene Drennan, president of the Irish Road Haulage Association (IRHA), said on New Year’s Eve that hauliers are bracing themselves for “trouble and chaos”.

“The systems have not been tested, they have not been tried,” he said. “There will be delays, for sure. The mayhem that’s coming in Dublin Port is unbelievable.

“They’ve done nothing to alleviate it. They have a plan that is absolutely nonsensical, and the nature of it and how it is laid out and the structure of it, it is going to cause a lot of grief. There will be trouble and chaos.”

Mr Drennan predicted issues at ports across the island for the foreseeable future.

“It will be a big issue,” he said. “Four boats arriving in at the same time in the morning. All this regulation. There’s no space for a driver to pull up at Dublin Port. There’s no facilities and all the money that has been spent. It’s outrageous.”

He questioned why all the paperwork is necessary when a deal has been reached. “That’s the burning question: why do we need all this regulation if there are no tariffs?” he asked. “There was bureaucracy up to this because they were leaving the EU.

“Now that they’re leaving with a deal and agreement, why is all that needed? Why are we putting the cost on business? Why are we going through all these hoops?”

He said many businesses had stockpiled goods in advance of Brexit because “they feared tariffs, they feared cost and they feared supply”.

Aidan Flynn, general manager of the Freight Transport Association of Ireland (FTAI), said there will be a period of “unprecedented change” for the movement of goods and delays are “inevitable”.

“There’s no tariffs but there are obligations for red tape, administrative burdens such as import/export declarations and additional checks for products of animal origin,” he said.

“Whilst industry has done its best to prepare for it, there’s nothing like dealing with it in real time and there has not been much time to prepare.”

Mr Flynn added that New Year is traditionally a quiet time for freight but he predicted that once goods start moving next week there will be delays.

“The reality is that having to input information into systems that haven’t been robustly tested is going to deliver inevitable problems for industry,” he said.

“What we are really hoping for is that a pragmatic approach is taken by key stakeholders like Revenue and the Department of Agriculture.

“We don’t want to see scenes of drivers and hauliers parked up on the side of the road, whether that’s in Holyhead or Dublin, trying to get on to a ferry because they don’t have their paperwork correct.”

He warned there would be a knock-on effect on supply caused by delays.

“If we’re in the realm of 40% to 70% of non-compliance, that means those vehicles aren’t able to board ships and there’s only limited space for these guys to go.”

He said it would make “practical sense” for ports like Dublin to stagger ferry arrivals to “reduce stress and strain”, but to date that has not happened.

“We would definitely support a review by shipping operators in terms of staggering ferry times,” he said.

“The busiest time of the day in Dublin is between 5am and 7am and between 5pm and 7pm. That just intensifies the situation.

“All stakeholders including haulage operators and everybody in the supply chain are going to have to adjust the way they have done business, otherwise everybody will just continue to feed into the funnel that delivers congestion and delays and uncertainty.”