GMB members are angry enough to have given a mandate for the earliest possible strike date The first ever Sellafield Firefighters’ strike will go ahead this month after talks between GMB, the union for nuclear workers, and Sellafield Ltd broke down. Discussions lasted just 30 minutes – including two adjournments. GMB members are so angry […] 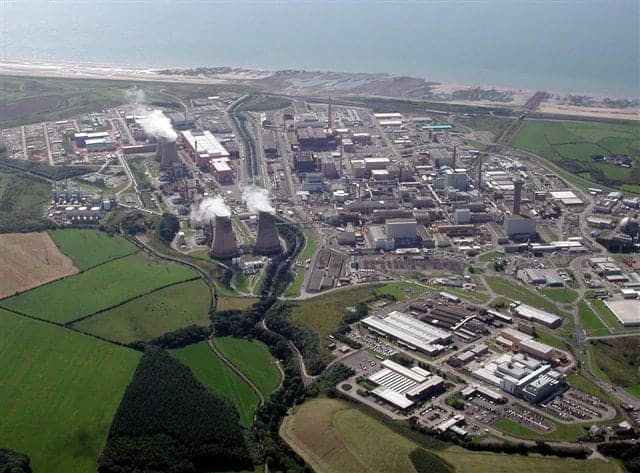 The first ever Sellafield Firefighters’ strike will go ahead this month after talks between GMB, the union for nuclear workers, and Sellafield Ltd broke down.

GMB members are so angry they have given a mandate for the earliest possible strike date later this month.

The Sellafield Strike Committee will decide tomorrow the date for the first strike.

Last ditch talks took place last Friday, June 30th and were paused at the request of Sellafield’s management to allow them ”to reflect on their position”.

Talks reconvened this afternoon at which Sellafield Ltd again tabled an offer which had already been rejected by the fire-fighters and which failed to address the dispute over pay grading that has been going on for several years.

During this time the firefighters have been performing roles above and beyond what they are paid to do – such as paramedic work.

Firefighters at Sellafield are considered by the Nuclear Decommissioning Authority to be among the best in the country and work in a fully–fledged firefighter role to keep the 10,000 plus workers on site safe.

Chris Jukes, GMB Senior Organiser, said: “The fact that it has taken several years to get to the point where firefighters will now strike confirms this is a measure of last resort.

“GMB members have been more than patient in trying to achieve the financial recognition they deserve.

“Members are so angry they have given a mandate for the earliest possible strike date later this month, the first time ever that Sellafield’s highly trained firefighter service have gone on strike.

“The Sellafield Strike Committee will decide tomorrow the date for the first strike.

“GMB remains available to meet Sellafield Management with a view to a fair resolution.”