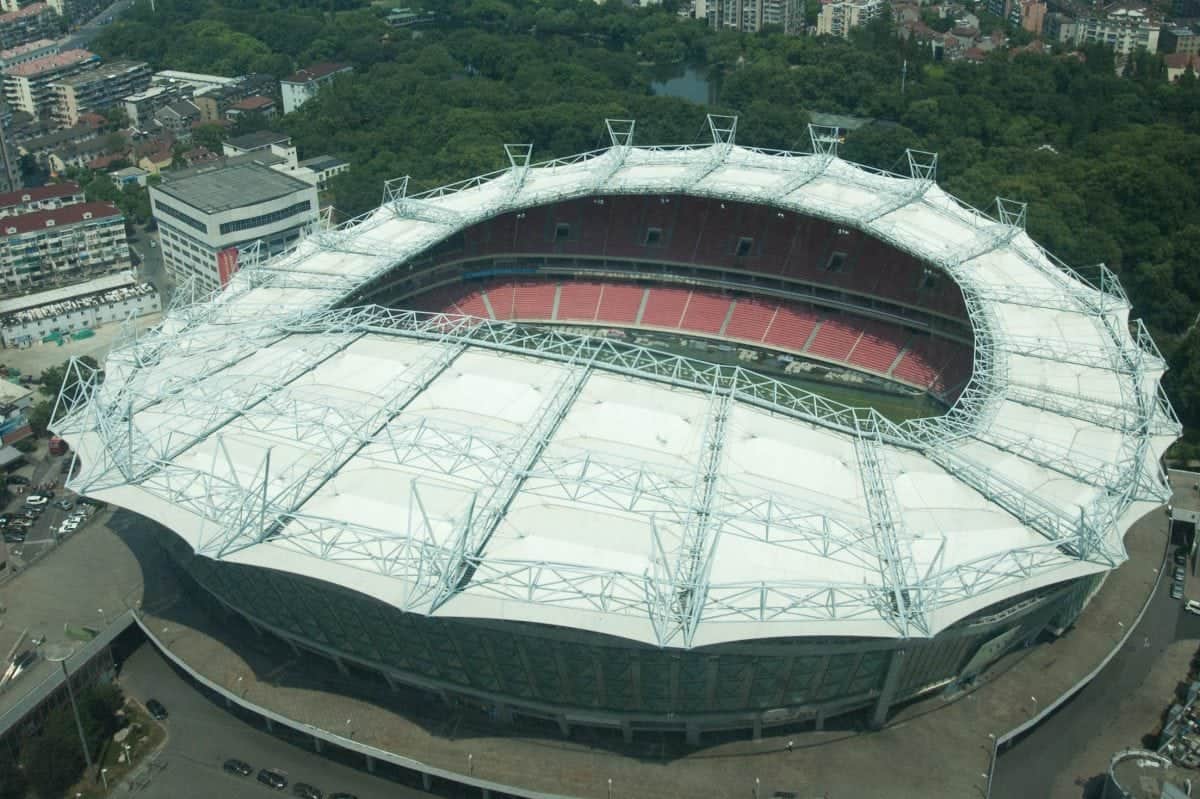 A fire has torn through part of the Hongkou Stadium in Shanghai – home to Super League club Shanghai Shenhua.

The club was in the news recently for the lucrative signing of Carlos Teves and is managed by Gus Poyet. Loan players currently on the roster include Demba Ba and Óscar Romero.

The blaze was reported to have started at around 8:30am with no explanation as to what caused it.

Shocking footage showed the blaze engulfing one end of the ground during the morning rush hour, with part of the roof been burned and the flames escaping through the walls.

Shenhua are scheduled to host Changchun Yatai at Hongkou Stadium in the Super League on Sunday April 16.