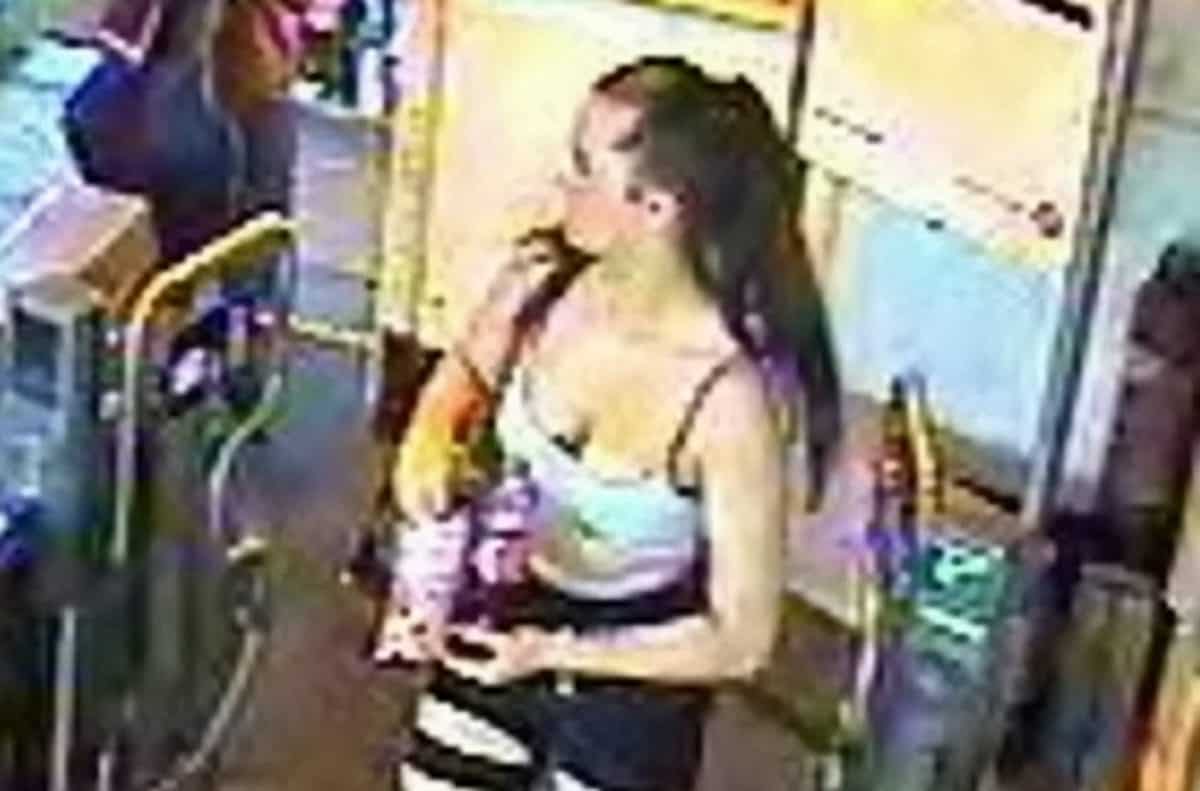 Police are hunting the ponytailed yob who left one of her terrified victims with suspected broken ribs and the other with a black eye.

They say the brunette brute first racially abused the women before hitting them both in the unprovoked attack at North Ealing tube station in west London.

They are appealing for any witnesses to the racially aggravated assault during the evening rush hour on Friday August 23rd to come forward, and have issued a CCTV image of the suspect.

“Two women, aged in their 60s and 30s, are reported to have made verbally abused for wearing Hijabs. They were then attacked.

“Both were taken to hospital with the older victim suffering possible broken ribs and the younger suffering a black eye, bruising and internal bleeding.”

He added: “Officers believe the woman in the image may have information that could help their investigation.