“It would have broken my heart, I couldn’t have watched the diggers turn up." 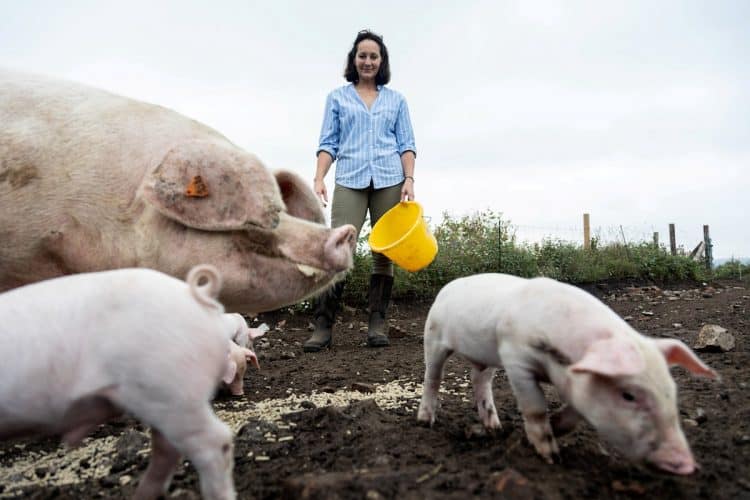 Catherine Withers whose family work on the farm. Credit;SWNS

A family who have been farming for 500 years dating back to Henry VIII have won a David and Goliath battle to stop developer’s plans to build homes on their city farm – one of the last in Britain.

Catherine Withers, whose family have worked the farm since the 1960s and farmed in the area since Tudor times, feared the development would ruin their livelihood.

Her Yew Tree Farm was under threat from housing development with Redrow’s plans for 200 new homes to be built there.

The local council’s emerging local plan, which allocates land for development, was set to strip Green Belt status from 15 acres of the farm in Bedminster Down, Bristol.

But the family has won a potential reprieve from the city’s mayor, Marvin Rees.

He vowed to block the proposals to stop the destruction of a traditional hay meadow, which is home to rare adders and nesting skylarks.

Reacting to the news, Catherine, 52, said: “It’s been amazing, I’m still in shock.

“We would have lost the last farm in Bristol, and we would have had to find somewhere else.

“It would have broken my heart, I couldn’t have watched the diggers turn up.

“I love this place, every inch of it, it’s my life.

“It would have been a horrible ending and really sad end for Bristol.”

In a statement read out on BBC Radio Bristol, Mr Rees said he would recommend the 15 acres of farm, which Catherine rents, should be protected from development in the new local plan.

The mayor said: “As Bristol’s last working farm, we should do everything we can to protect Yew Tree Farm.

“The local plan, which provides land for development, is under review, and I will be proposing removing that parcel of land along with some other areas which we now have more information around wildlife on.

“We have a challenge to build homes, to tackle the housing crisis, alongside ecological and climate crises and we need to successfully tread a balanced path between conflicting priorities.”

Catherine said Redrow’s development went ahead, the family would not have enough land left to run a successful farm.

She said: “It would have been pretty untenable. Having houses less than three metres away – it couldn’t work.

“The only place in Bristol where skylarks nest is in that field. It’s a really special place.

“It’s an ancient hay meadow. I think we’ve got less than 1% of UK is grassland left.

On how the situation could develop, she added: “I don’t know what happening now, my local councillor has emailed and said there’s are local plan meeting.

“They’ve now proposed this motion to protect green spaces and now we’ve got this special recognition from the council.

“Marvin has done so much to help me be able to start planning for the future.

“Obviously landlords could do anything, but we now have backing and recognition from the council.”