One local said: "So disappointing to hear this. Sickening." 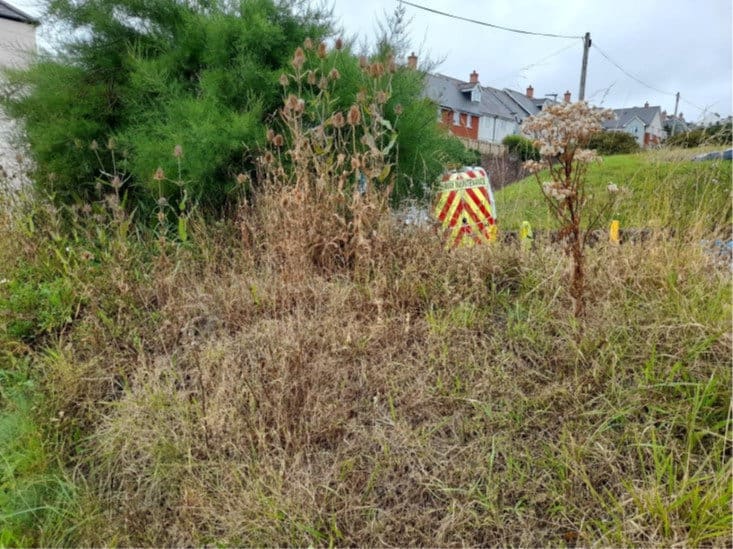 A council is accusing a mystery individual of spraying the town’s volunteer-run wildflower project with pesticide – killing the plants.

Watchet Town Council in Somerset say an individual deliberately sprayed the wild flowers with pesticide and has killed a proportion of the flowers.

The town council has a “licence to occupy” agreement with the Watchet Conservation Society for the project, which occupies the right-hand bank of West Street car park.

Initially, the council agreed to provide land for the wildflowers as a pilot project in 2017 after being approached by the society.

The council has renewed the agreement several times “in recognition of the fantastic work the volunteers have done in developing wild flowers in this area and continue to be supportive of this project.”

Now, the claims of pesticides being sprayed on the flowers has been reported to the council.

And in response, it posted on social media regarding the claims: “The town council believe that this is a vindictive and deliberate act to sabotage this project.

“The motive is unclear, as it is difficult to apprehend why this person would deliberately destroy wildflowers that have flourished and have brought joy to visitors and locals alike.

“The town council are working with the police and are currently checking CCTV footage to try and establish the identity of the perpetrator, and would ask the public to come forward and report anything they may have witnessed, however minor, to the town council.

“Any information received will be dealt with in the strictest confidence.”

Locals have took to social media in outrage at the vandalism.

One said: “So disappointing to hear this. Sickening.”

Another said: “I really hope the person responsible is caught.

“This is just heartbreaking.”

A third said: “If they know who it is, why hasn’t the person been prosecuted?”