The child, aged four or five, was wrapped up in a hooded coat and life jacket as the migrant family was led ashore at Dover on Thursday morning. 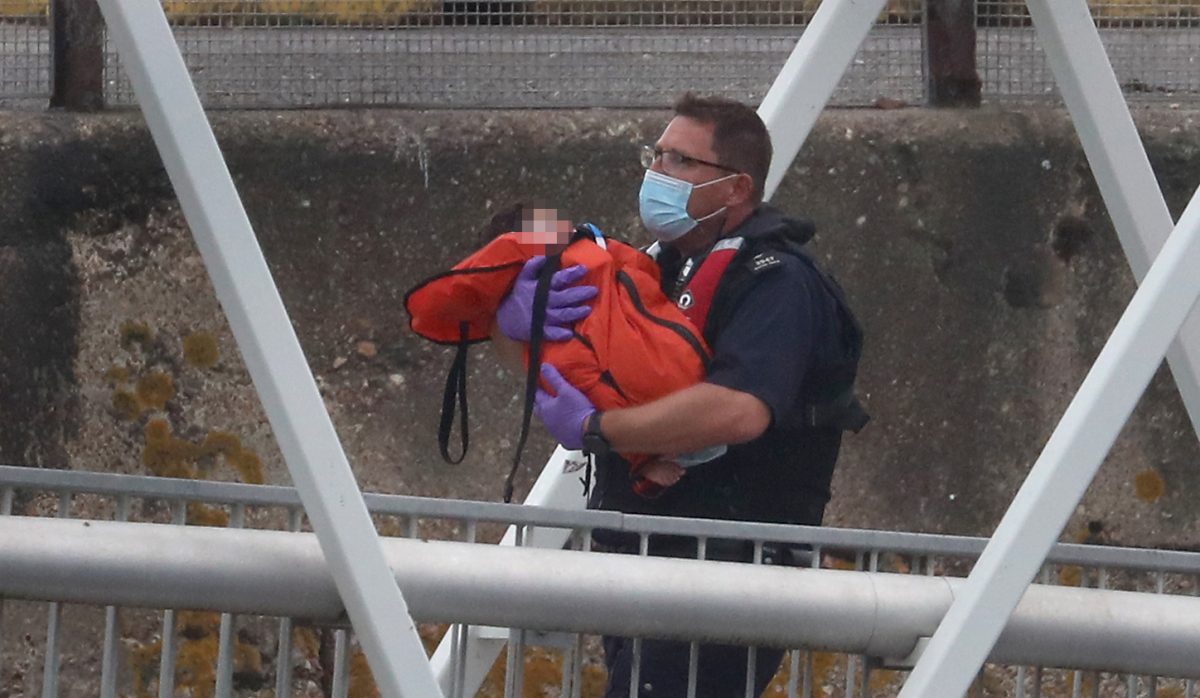 A family with a young child made the treacherous crossing across the Channel and arrived in the UK on Thursday morning – just a week after four people died when their boat sank off the coast of France.

The child, aged four or five, was wrapped up in a hooded coat and life jacket as the migrant family was led ashore at Dover on Thursday morning.

With them was what appeared to be their mother, along with others who are believed to have been aboard the same boat that made the journey from France.

The crossings are believed to be the first since four members of a Kurdish-Iranian family died when their overcrowded boat sank in bad weather last week.

Rasoul Iran-Nejad and his wife Shiva Mohammad Panahi, both 35, lost their lives along with their children Anita, nine, and Armin, six, in the tragedy. Their baby son Artin, just 15 months old, was also on board and is missing, presumed dead.

The deaths led to an outpouring of grief and anger at the crisis which has seen thousands make the dangerous crossing to the UK this year.

But the harrowing incident has not stopped more people trying to make it to Britain, with multiple boats believed to have been launched from the French coast on Thursday morning.

Several Border Force boats were active in the English Channel on Thursday as well as French patrols. One man arriving at Dover on Border Force patrol boat Speedwell had to be helped ashore by two officials before being seated in a wheelchair.

Those aboard appeared cold and tired as they were led up to dry land.

“But the UK Government’s failure to provide a safe and legal route to asylum for desperate families that reach Northern France means more will continue to risk their lives to reach the UK.

“Instead of pretending this is a military matter, the Home Secretary would be wise to meet with those who have made this journey, and organisations that understand what’s going on and why, to develop a fair, humane and workable alternative to the small boats”.

Related: Cost of anti-migrant demonstrations in Dover has been calculated