Graham Knight, father of 25-year-old RAF Sergeant Ben Knight, compared the situation in Afghanistan to the fall of Saigon. 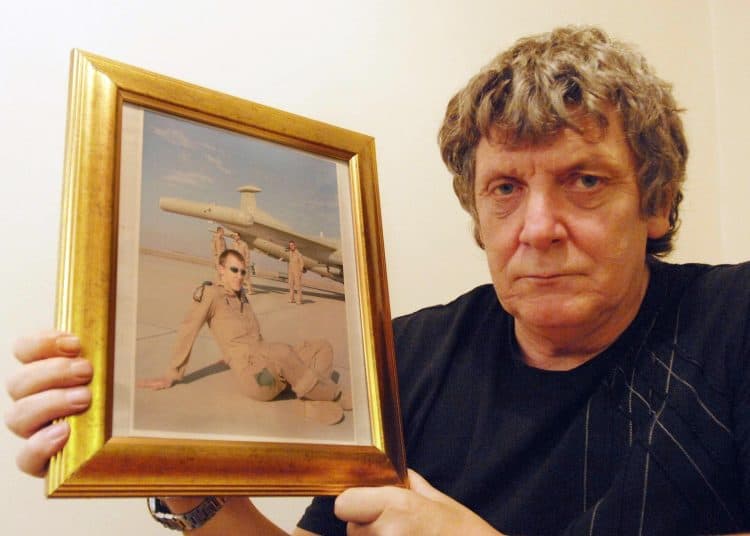 Families of soldiers who died on previous tours of Afghanistan have criticised the British and US Governments’ handling of the withdrawal from the nation as the Taliban starts to seize control.

Graham Knight, father of 25-year-old RAF Sergeant Ben Knight who was killed when his Nimrod aircraft exploded in Afghanistan in 2006, said the British Government should have moved more quickly to get civilians out.

The 69-year-old told the PA news agency: “We’re not surprised that the Taliban have taken over because as soon as the Americans and the British said they were going to leave, we knew this was going to happen.

“The Taliban made their intent very clear that, as soon as we went out, they would move in.

A war that wasn’t winneable

“As for whether people’s lives were lost through a war that wasn’t winneable, I think they were.

Discussing the footage of people desperately climbing on to planes in Kabul to escape, Mr Knight said: “I feel very sorry for them, they’re obviously fighting for their lives. Anybody who feels like that is in a desperate situation. It’s like Saigon all over again.”

The fall of Saigon happened when military personnel evacuated the former southern capital of Vietnam in 1975 after the North Vietnamese army captured the city, leading to the end of the Vietnam War.

Mr Knight went on: “I think it was all started too late again. It (the evacuation process) should have started about a week ago.

“My main worry is some hothead American, or British hothead, will decide that the Taliban isn’t behaving how they want, shoot at them and that will be it.”

“It proved to be rubbish, really”

Ian Sadler, whose 21-year-old Trooper son Jack died when his Land Rover struck a mine in Afghanistan in 2007, told PA: “I was surprised the Americans and the allies had so much confidence in the Afghan national army.

“Why did they think the Afghan national army would be able to keep the Taliban back based on just numbers alone? Why did our Government and allies have so much confidence in them?

“It proved to be rubbish, really. Why did the president say Kabul will never fall when, at the same time, he must have been planning his escape?

“To pull them out so quickly like that… I would have thought it would have been more of a strategic advantage to reduce the British and American influence. When the Nato forces were pulled out so suddenly, the Afghan National Army were left without any direction.”

The 71-year-old added: “I don’t think any of the British Governments – Labour, coalition or Conservative – have handled the situation in Afghanistan particularly well… The level of support given to our soldiers in Afghanistan was trivial.

“It wasn’t until we were out there for about 10 years that the urgent operational requirements came in. Why weren’t our soldiers equipped with mine-protected vehicles? We would have lost a lot less.”

Defence Secretary Ben Wallace said British and US forces, as well as forces from other nations, are continuing to fly people out of Kabul airport.

He told BBC Breakfast the British Government is hoping to evacuate around 1,000 people a day, and aiming to remove all British people and Afghan refugees by the end of August at the latest.

The Ministry of Defence has been contacted for comment.