"Imagine posting this about desperate Afghan refugees during a human catastrophe in which, yet again, Britain played a role in creating." 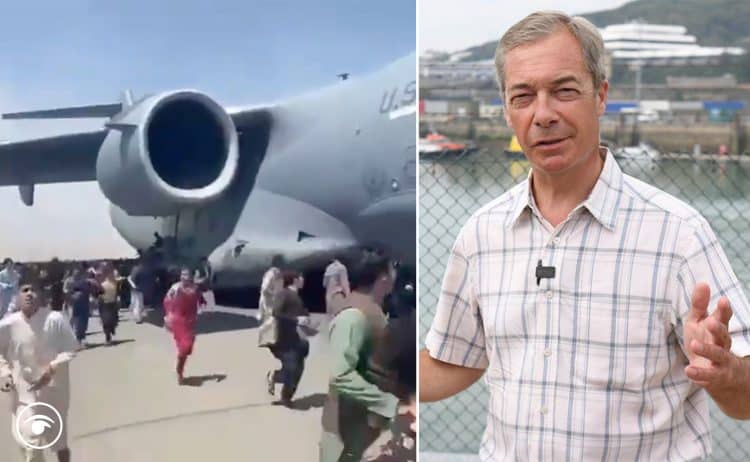 The former UKIPer said every single person that makes treacherous crossing will now claim to be without ID after the defence secretary announced the UK will waive border rulesto allow Afghan asylum seekers to escape theTaliban.

Tweeting a Telegraph article Farage said the decision will have “enormous consequences” because everyone who crosses the Channel will claim to from Afghanistan.

The fearmongering was soon squashed by Tony Diver, who authored the original article.

Worth noting (since I wrote this) that Afghans without passports will only be allowed into the UK *if they were previously known to officials* https://t.co/kdpK2Frr8X

But that didn’t stop him from making the claims on GBNews shortly after, or them being shared by his former party UKIP, much to the disgust of social media users.

Imagine posting this about desperate Afghan refugees during a human catastrophe in which, yet again, Britain played a role in creating.

Earlier today crowds of Afghan civilians were filmed chasing plans down the runway at Kabul airport – with some appearing to cling to the wheels of a US military plane.

At least three people were killed at Kabul airport, Reuters reported, as Afghans tried to flee the country before the Taliban establishes a government.

Video: People run on tarmac of Kabul international airport as a US military aircraft attempts to take off. pic.twitter.com/9qA36HS0WQ