“Billionaire philanthropy won't save us.” 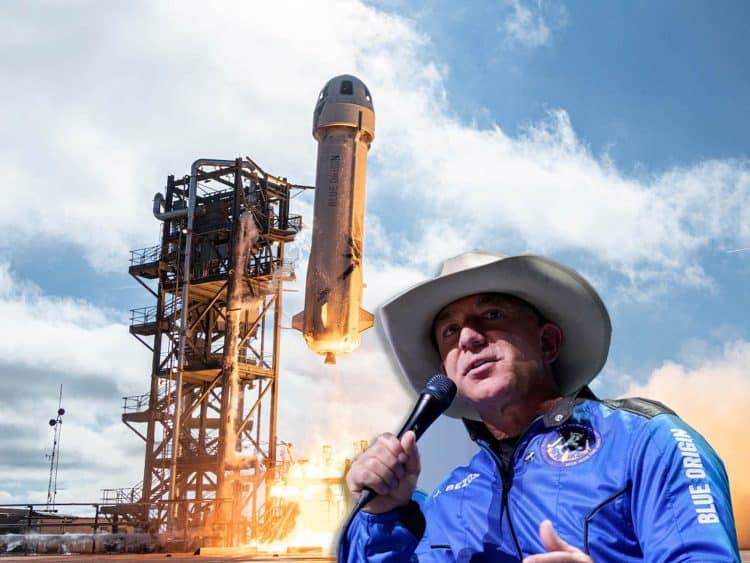 Speaking at the Cop26 conference, the Amazon founder announced plans to make this pledge through his Bezos Earth Fund for land restoration in Africa.

The American multi-billionaire said: “We must conserve what we still have, we must restore what we’ve lost and we must grow what we need to live without degrading the planet for future generations to come.”

He also added: “Two-thirds of the land in Africa is degraded, but this can be reversed. Restoration can improve soil fertility, raise yields and improve food security, make water more reliable, create jobs and boost economic growth, while also sequestering carbon.”

‘We must all stand together to protect our world’

Bezos also went on to say going to space changed his view of the world.

Having made the trip onboard his New Shepard rocket ship earlier this year, Bezos said:

“Looking back at Earth from up there, the atmosphere seems so thin, the world so finite and so fragile.

“Now, in this critical year and what we all know is the decisive decade, we must all stand together to protect our world.”

With a net worth of almost $200 billion, it’s also been highlighted that in a single year Amazon emitted 44.4 million metric tons of carbon, more than the annual emissions of two-thirds of all countries in the world.

‘Billionaire philanthropy won’t save us’

It’s also worth noting that Amazon famously uses an excessive amount of packaging, even for small items: just one of the details that make Bezos’ renewed concerns over the environment seem out of touch.

Others took to social media to talk about the billionaire’s pledges, as well as suggesting other ways to help. Here’s what people had to say.