The footage shows the lawn being completely destroyed in response to the university’s role in a major development in the Suffolk countryside. 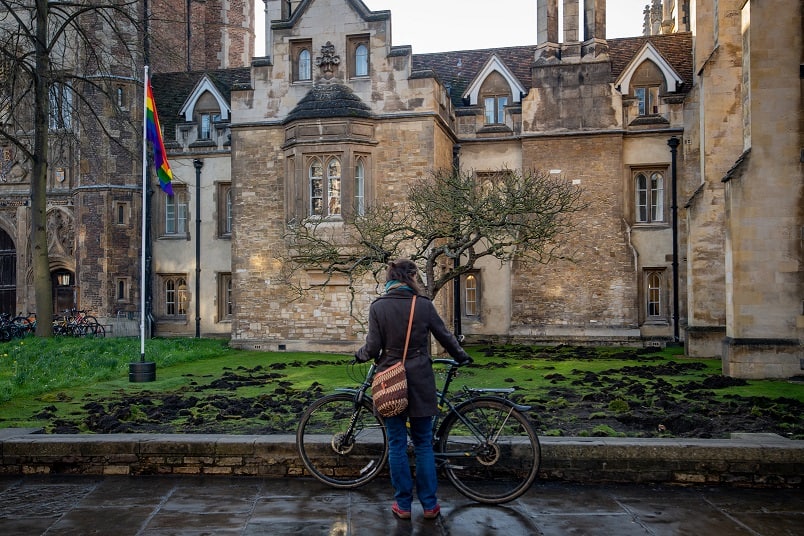 Footage of Extinction Rebellion protesters digging up a lawn outside a Cambridge University college has been posted online.

The pictures show the climate activists destroying the garden in protest to the university’s role in a major development in the Suffolk countryside.

Trinity plans to sell a farm they own to Felixstowe Port so they can develop the land into a bigger lorry park, creating extra capacity.

The protesters say it is a “destruction of nature” at Innocence Farm, and made their point by unleashing like-for-like action.

Because they have the audacity to sell a farm they own to Felixstowe Port, so they can develop the land into a bigger lorry park, creating Jobs and extra capacity.