HOPE not hate has been exposing the coordinated attempt by far-right activists to hijack the Brexit debate to spread hate and division.   MPs such as Anna Soubry and journalists such as Kay Burley from Sky News as well as Guardian columnist Owen Jones have been targeted for harassment, intimidation and abuse by a hardcore element of […]

by SWNS
in News, Opinion, Politics 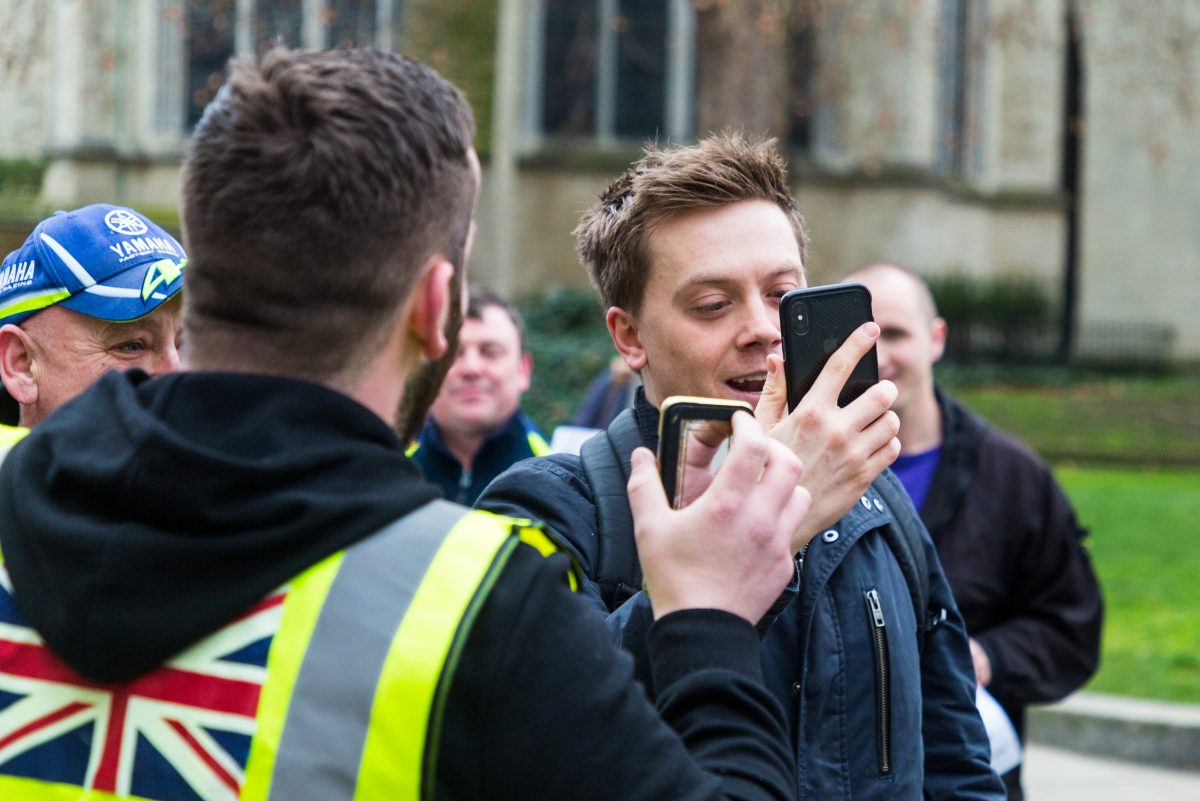 HOPE not hate has been exposing the coordinated attempt by far-right activists to hijack the Brexit debate to spread hate and division.

MPs such as Anna Soubry and journalists such as Kay Burley from Sky News as well as Guardian columnist Owen Jones have been targeted for harassment, intimidation and abuse by a hardcore element of far-right ‘yellow vest’ protesters outside Parliament, frequently using terms such as ‘traitor’ (echoing language used by Jo Cox’s killer Thomas Mair).

Based on messages shared in private social media groups and seen by HOPE not hate, protests are expected this weekend in Cardiff, Birmingham, Manchester and Leeds. The messages reveal that the far right is also considering targeting the offices of Remain-voting Labour MPs.

In the North East, a motley band of far-right activists have already been holding protests outside the offices of Remain-supporting Labour MPs. Among those attending were supporters of far-right groups including the North East Infidels, the English Defence League (EDL), Britain First and UKIP. 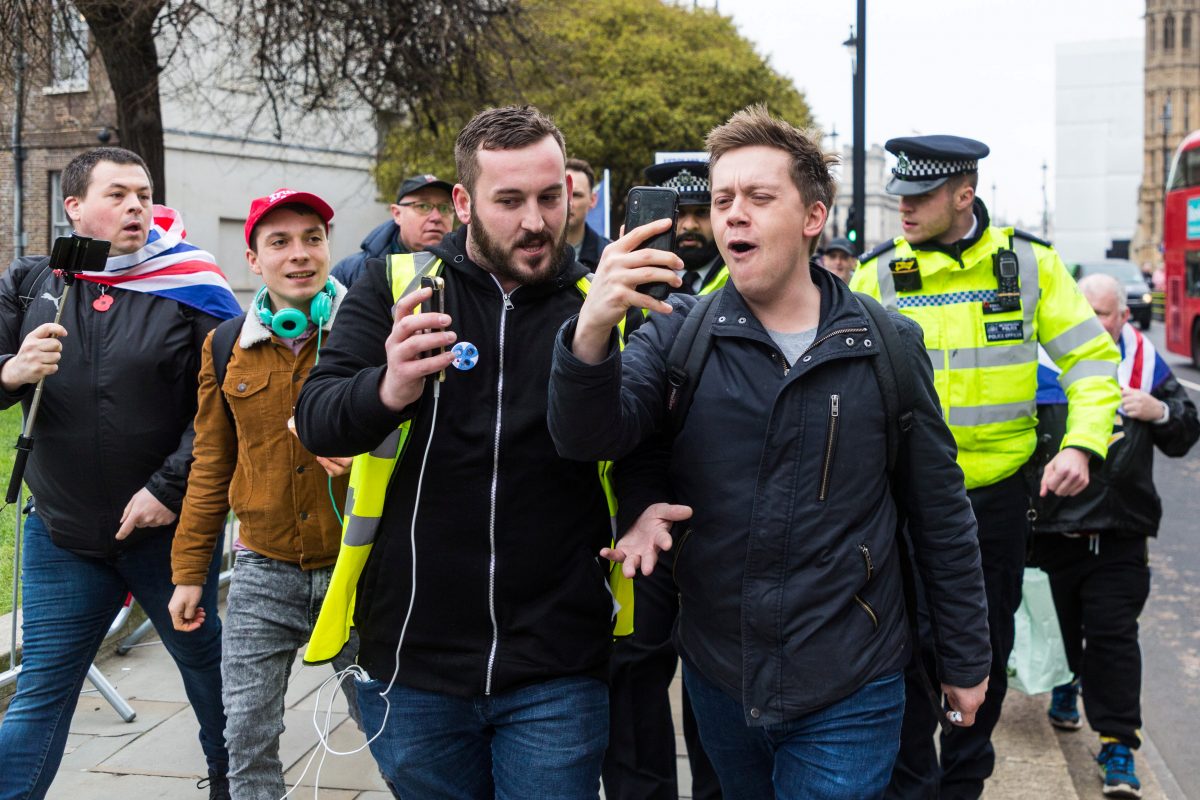 Fronted by Stephen Lennon (‘Tommy Robinson’) supporter James Goddard, who has a history of making extreme statements on social media platform Gab, HOPE not hate can reveal that this new wave of far-right activity is being coordinated by a far-right group calling itself ‘the Liberty Defenders’. Ostensibly formed to protect civil rights, it is led by former mercenary Timothy Scott, who once fronted the anti-Muslim Pegida UK group on behalf of former EDL leader Stephen Lennon (‘Tommy Robinson’).

The efforts of the Liberty Defenders are also being supported by former BNP leader Nick Griffin, who is publicly encouraging further protests against the Government in the hope that these can help resurrect his political career. 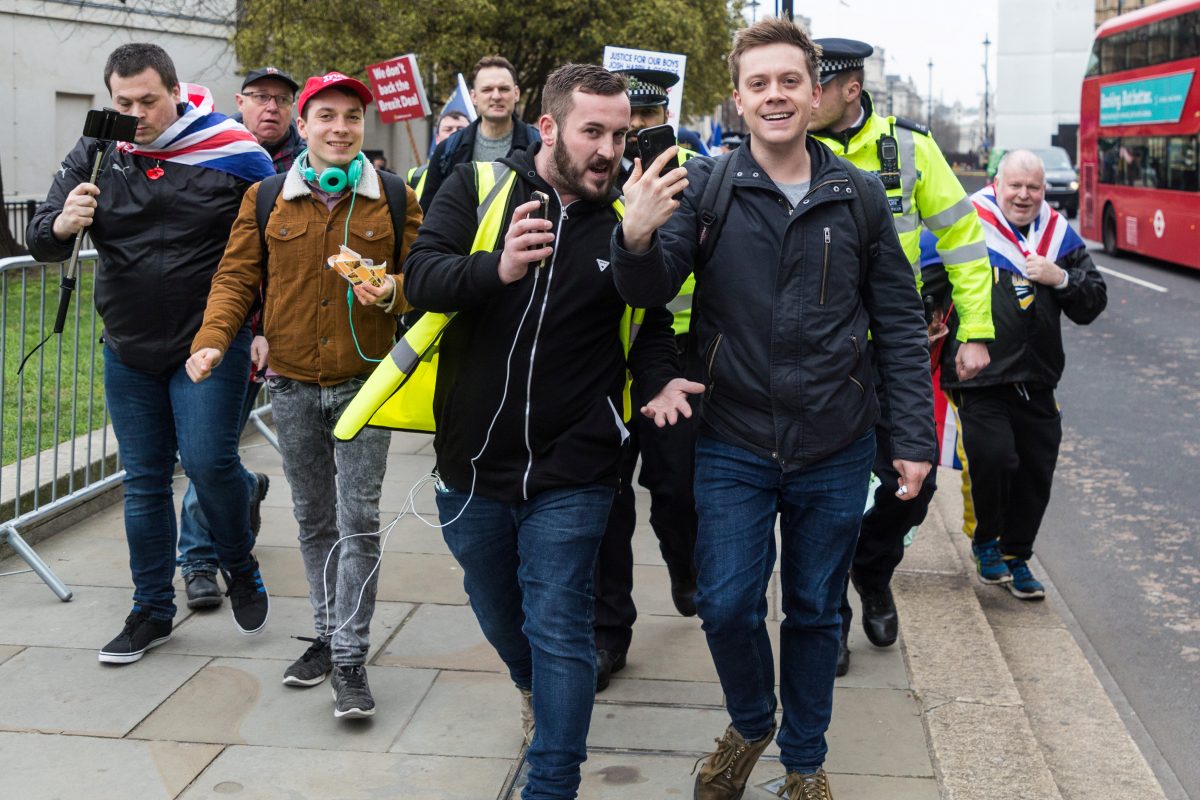 Nick Lowles, HOPE not hate CEO, said: “The British far right are attempting to copy the French ‘yellow vests’ protests in order to stir up trouble and harass, threaten and attack their political opponents. The appalling abuse faced by Anna Soubry MP, Sky News presenter Kay Burley and campaigning journalist Owen Jones are simply the latest incidents in a growing list of far right actions across the UK. “With the Brexit clock running down, the threat from the far right is growing and the risk of disorder and violence is on the rise.

“While everyone should be allowed to protest peacefully, it is time for the authorities to clamp down on the bullying and threatening tactics used by these extremists before someone is seriously injured. Two years after Jo Cox was murdered by a neo-nazi using the term ‘traitor’, and after HOPE not hate revealed a plot by another neo-nazi to kill a Labour MP last year, police must act now to ensure that the targets of these protests are kept safe.”