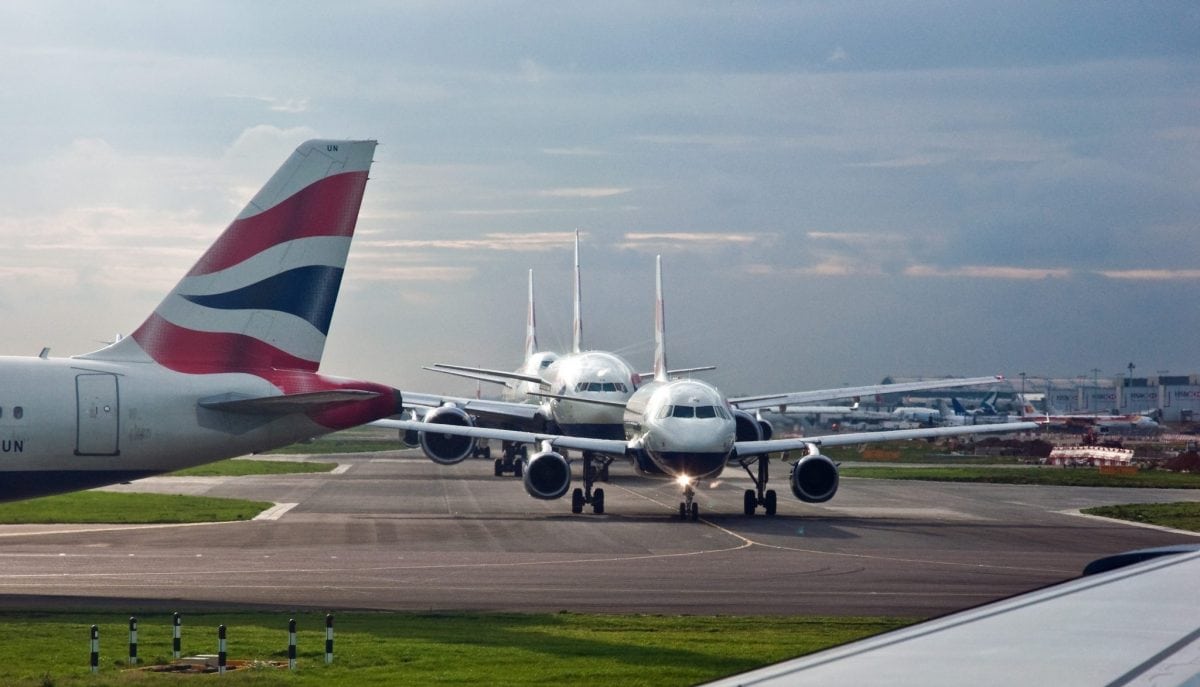 Anti-drone measures should have been beefed up at Heathrow BEFORE the Army was drafted in following the latest disruption, say security experts.

Police have confirmed that “military assistance” has been implemented at the west London airport after flights were prevented from taking off for an hour on Tuesday night following sightings of a drone near one of the runways.

But experts say the latest disruption – just three weeks after thousands of passengers had their flights delayed or cancelled following reports of drone activity around Gatwick airport – was “inevitable” and security should have been upgraded sooner.

They blasted the lack of foresight by airports and the authorities.

Security consultant Will Geddes, chief executive officer of International Corporate Protection, said “How this was able to happen in such close proximity to Gatwick is beyond me – the threat isn’t just going to go away.

“I continue to be utterly astounded that there were no countermeasures already in place.

“There are hundreds of measures that could be used by Heathrow and police.

“Every year there have been more and more sightings – you have increasing amounts of people with drones.

“This has been going on for years. There were people uploading videos online – flying drones in places they shouldn’t.

“The technology to stop drones is out there, it’s easily available – for both military and civilian use.”

He said that the man on the street can easily get hold of anti-drone technology – with much of the equipment coming from China.

But, worryingly, he claimed that unlicensed drones are also easily available from China.

Mr Geddes said: “There are hand-held versions also available for use by manned patrols.

“There’s some stuff you can get, but not the super-powered high-end drones.

“Most of the consumer stuff comes out of China, from Shenzhen and elsewhere.”

Sites such as Chinasuppliers include more than 150 pages of drones – for sale to the public from as little as £15 each.

Speaking about measures airports can take to combat drones, he said that a drone can be “hacked” from a distance.

He said: “Look at Israel’s Drone Dome for instance, or systems such as Odin.

“The system is a directional counter UAV device that uses an intelligent algorithm signal to disrupt and take control of a drone.

“Its radar and optics can identify a drone at six miles.

“The counter UAV disruptor has been proven to be effective out to 4.5 miles against the spectrum of devices.”

Mr Vornik said: “Gatwick has shown to prospective copy-cats around the world that you can easily disrupt major piece of infrastructure such as an international airport.

“And they are likely be able to get away with impunity, due to the target having no protection to detect, localise and defeat the drone threat.”

He added: “This is only the beginning, and follows on what now has been a couple of years of escalating drone incidents at airports.

“It is critical that facilities install counter-drone protection.

“The right kind of equipment is also important to consider- what may have been designed to work in a battlefield in Syria, may not be as effective in a busy airport environment with a number of sensitive technologies.

“Our equipment is not only effective, but also has been independently certified as safe to use in an airport environment.”