It comes as Buckingham Palace has just announced a period of royal mourning from now until seven days after the Queen's funeral. 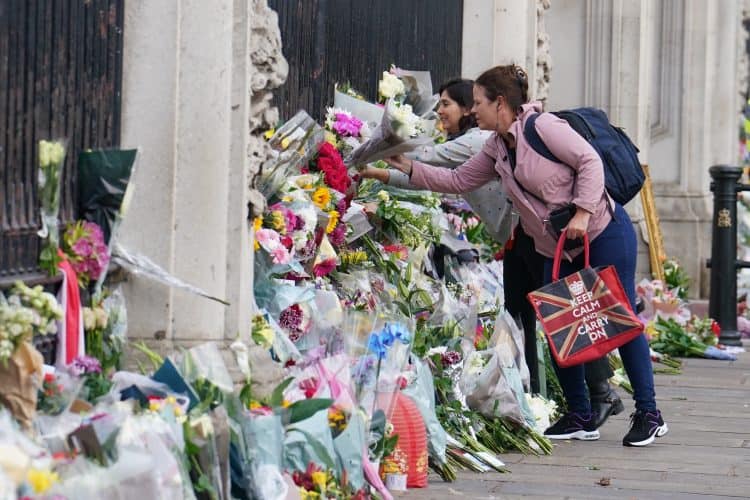 The Queen was the longest reigning monarch in British history, heralded for her unparalleled devotion to royal duty during more than 70 years on the throne.

Buckingham Palace announced in a statement just after 6:30pm on Thursday that Queen Elizabeth II had died at her home in Balmoral after her family had rushed to be by her side following concerns raised earlier in the day by doctors.

Buckingham Palace has just announced a period of royal mourning will be observed from now until seven days after the Queen’s funeral.

The new King confirmed his wish to hold an extended period of royal mourning, lasting a week until after his mother’s funeral.

Flags at all royal residences will remain at half-mast until 8am on the morning after the period of royal mourning officially ends.

Without a doubt, a lot of the nation mourns the passing of a major public figure, whether they are a royalist or not.

However, not everyone feels that way.

It comes former Queens Park Rangers, West Ham United, Manchester City and England winger made a comment on Twitter, since deleted, that has caused a major headache for his new employers.

Trevor Sinclair, who is now a talkSPORT pundit, tweeted: “Racism was outlawed in England in the 60’s & its been allowed to thrive so why should black & brown mourn!! #queen.”

Former Crystal Palace owner and Sinclair’s TalkSPORT colleague Simon Jordan was quick to respond to him – saying his Tweet was inappropriate.

He said: ‘Trev, I’m really not sure that is an appropriate thought, let alone tweet. The country has lost a very significant person and respect and value should be the overriding sentiments not division!’.

Another one of Sinclair’s former colleagues at TalkSPORT, Georgie Bingham, was equally perplexed by Sinclair’s Tweet. She said: ‘Bloody hell Trev. What the hell are you thinking?’