Orban's government says it will protect children, but critics say it links homosexuality with paedophilia. 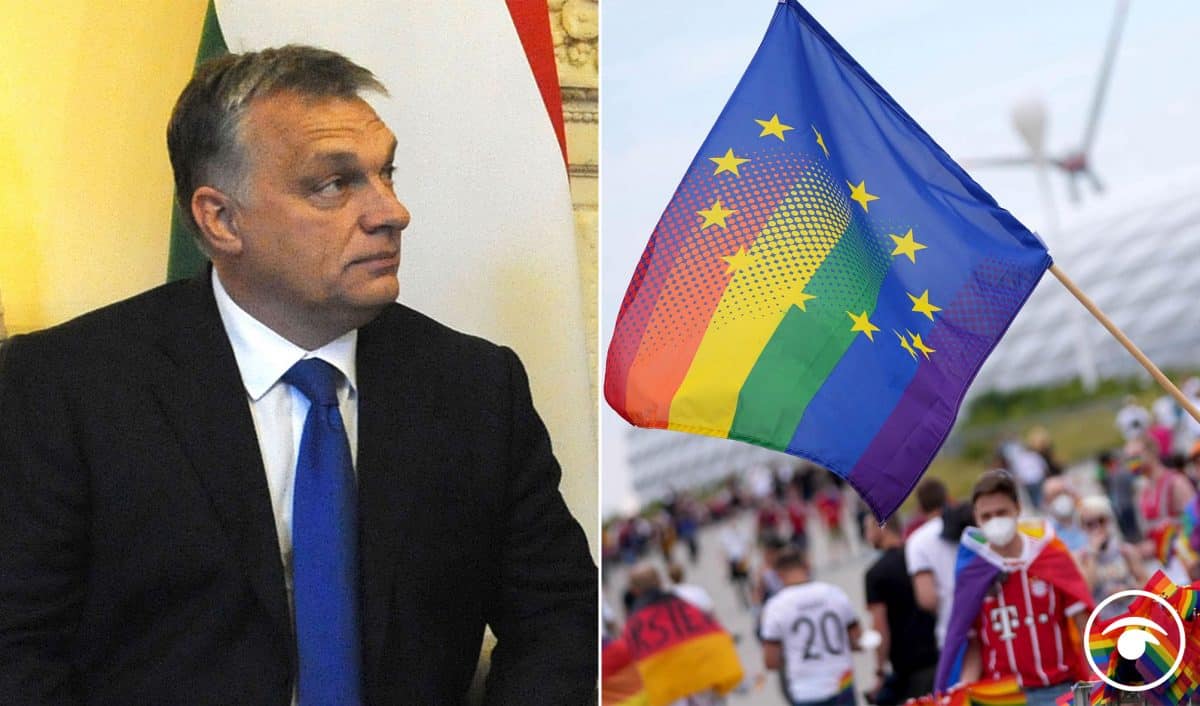 Several European Union leaders have insisted that discrimination must not be tolerated in the 27-nation bloc, setting the scene for a heated summit over new legislation in Hungary that would ban showing content about LGBT issues to youth.

Hungary’s parliament passed the bill last week, but it must be endorsed by the president to take effect. It prohibits sharing content on homosexuality or sex reassignment to people under 18 in school sex education programmes, films or advertisements.

The government says it will protect children, but critics say it links homosexuality with paedophilia.

The issue has turned a harsh spotlight on the EU’s inability to rein in the “illiberal democracies” among its ranks like Hungary and Poland, whose deeply conservative, nationalist and anti-migrant governments have flouted the bloc’s democratic standards and values for years.

“Hate, intolerance and discrimination have no place in our Union. That’s why, today and every day, we stand for diversity and LGBTI equality so that our future generations can grow up in a Europe of equality and respect,” several EU leaders wrote in coordinated messages on Twitter.

Many attached a letter to their tweets addressed to European Council President, Charles Michel, who will host their summit in Brussels later on Thursday, as well as European Commission President, Ursula von der Leyen, and UN Secretary-General, Antonio Guterres, who will also take part in the meeting.

“In light of threats against fundamental rights and, in particular, the principle of non-discrimination on grounds of sexual orientation, we express our attachment to our common fundamental values, enshrined in Article 2 of the Treaty of the European Union,” the letter said.

“Respect and tolerance are at the core of the European project. We are committed to carry on with this effort, making sure that future European generations grow up in an atmosphere of equality and respect,” said the letter, signed by the leaders of France, Germany, Italy and Spain, among others.

Hungary was not mentioned by name, but many of the same leaders signed a letter earlier this week backed by 17 countries calling on von der Leyen’s commission, which watches over the respect of EU laws, to take the government in Budapest to the European Court of Justice over the bill.

“The recently adopted Hungarian bill protects the rights of children, guarantees the rights of parents and does not apply to the sexual orientation rights of those over 18 years of age, so it does not contain any discriminatory elements,” a statement said.

Still, the commission has already taken the first step in legal action. On Wednesday, Brussels sent a letter to Hungary’s justice minister seeking “clarifications, explanation and information” about elements of the bill.

It said that some provisions appear to “directly violate the prohibition of discrimination based on sex and on sexual orientation,” and would put homosexuality, sex change and divergence from self-identity “on the same footing as pornography”.

“This is an area where we share the very firm position, and the need, to be absolutely opposed to any attempt to reinstate discrimination in our societies,” he told reporters.