“This announcement has created uncertainty and unpredictability and certainly no stability, so I’m not sure what the purpose of this move is … it’s an absolute breach of international law," an EU official has said. 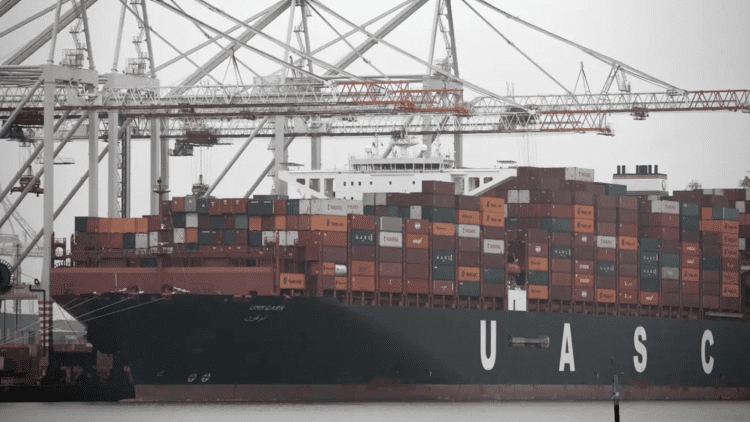 The EU has hit out at the decision to stop Brexit port checks in Northern Ireland, calling it an “absolute breach of international law”.

EU Commissioner Mairead McGuinness, from Ireland, said expressed concern and confusion over the DUP’s decision to halt food inspections, which goes against the Northern Ireland Protocol.

McGuinness, who is a finance commissioner in Brussels, suggested the Irish move undoes ‘tireless’ efforts to solve Britain’s arguments with the EU over trade legislation the UK had previously signed.

“This announcement has created uncertainty and unpredictability and certainly no stability, so I’m not sure what the purpose of this move is … it’s an absolute breach of international law,” she told RTE.

Meanwhile, the UK government tried to avoid responsibility for the decision, suggesting the decision belongs to Northern Ireland, according to The Independent.

And Northern Ireland Secretary Brandon Lewis denied there would be a “stitch-up” between the Westminster Tories and the DUP.

But a European Commission spokesperson said the problem will be discussed at a meeting between the EC vice-president Maros Šefčovič and Britain’s Foreign Secretary Liz Truss today, The Guardian has reported.

The spokesperson added: “The European Commission will closely monitor developments in Northern Ireland pursuant to this announcement. It recalls the responsibility of the UK government for the respect of the international obligations it has entered into.

“The protocol is the one and only solution we have found with the UK to protect the Good Friday (Belfast) agreement.”.

‘Anyone who cares about the UK should feel the same’

The decision to stop checks was reportedly made unilaterally by Northern Ireland’s agriculture minister Edwin Poots – but was criticised by the Tory leader of the Commons Northern Ireland Committee.

“I’m a Conservative. I believe in the Rule of Law and adhering to obligations we voluntarily entered,” Simon Hoare said.

“There’s no ifs and buts on this. The reputation of the UK on these matters is important. Anyone who cares about the UK should feel the same.”

In November last year, it emerged that Northern Ireland’s economy outperformed the rest of the UK because the Protocol kept it in the EU’s single market after Brexit.

ONS data on the Covid pandemic bounce back showed the region was thriving under the Northern Ireland Protocol, whilst Britain’s overall economic recovery was falling, according to the Financial Times.

But former Brexit Secretary David Frost said before resigning from his role that things have to change because the Northern Ireland-EU ties could harm the rest of the UK.

“People and businesses do respond very quickly to incentives and incidentally the other area where you see this is trade movements from Ireland across Great Britain into the rest of the EU, where the so-called ‘land bridge’ has sort of collapsed in the first nine months of this year,” Frost said last year.

“So that’s one reason why we can’t wait very long, things aren’t happening and it isn’t just theoretical,” he added.