Lewis Hughes, who had been on an anti-vax march, said he voted for Boris Johnson and was disappointed the PM called him a thug. 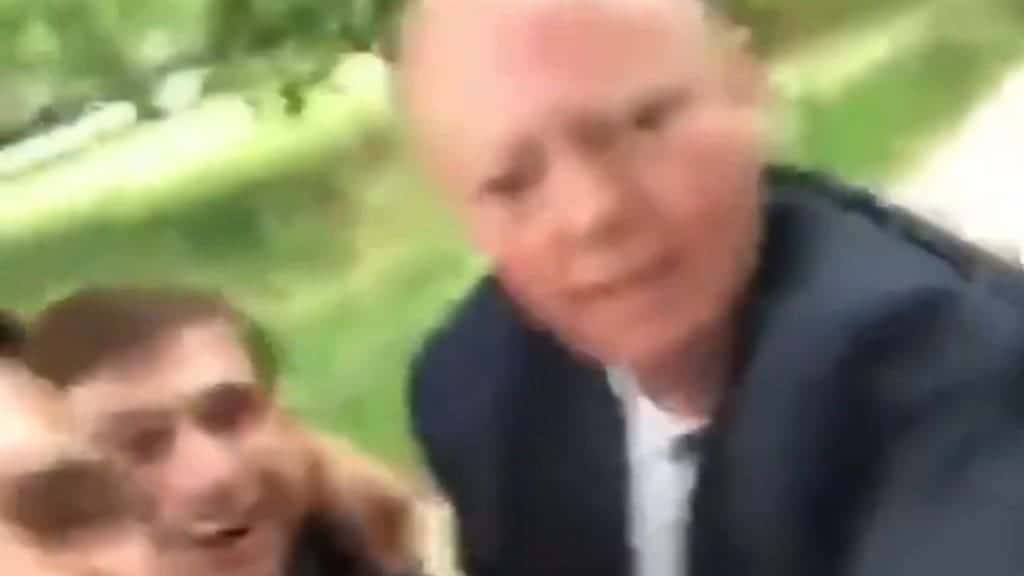 An estate agent who accosted Chris Whitty for a selfie has been sacked by Caplen Estates Agents.

Lewis Hughes and his friend Jonathan Chew, both 24, were filmed trying to grab the UK’s chief medical officer as he walked through St James’s Park this week.

The footage, which has sparked outrage among members of the public, was described as ‘dispicable’ by prime minister Boris Johnson.

“I’ve paid the price with my job”

The two men shout “Oi oi” and “One photo please?” at Whitty, putting their arm around him as he tries to escape.

Hughes, who admitted he had been drinking before the encounter, told The Sun: “I’ve paid the price with my job.”

He revealed he had been on an anti-vax march in London on Sunday when the pair saw Prof Whitty, 55, about 3pm in St James’s Park.

“He is quite a timid, shy person and I think that is why he didn’t say, ‘Get off me’. If he had said that and I had realised how he felt, I wouldn’t have put my arm round him.

Lewis Hughes said he voted for Boris Johnson and was disappointed the PM called him a thug.

“To be honest I just wanted a selfie with Chris Whitty to show my mum.

“I put my arm around him but he started moving away so my arm ended up going around his neck more.”

He added that he lost the job he “loved” at Caplen Estates Agents in Buckhurst Hill, Essex and was having to start over after the footage sparked widespread condemnation.

Meanwhile his friend Chew told The Sun, who said he has ADHD and autism, said: “Sometimes things seem a good idea and really they’re not.

“I don’t think we did anything wrong. We just saw him, and thought, ‘That’s the guy from the TV. He’s famous’.”