Phoenix is joined in the film, entitled Guardians of Life, by an array of Hollywood stars. 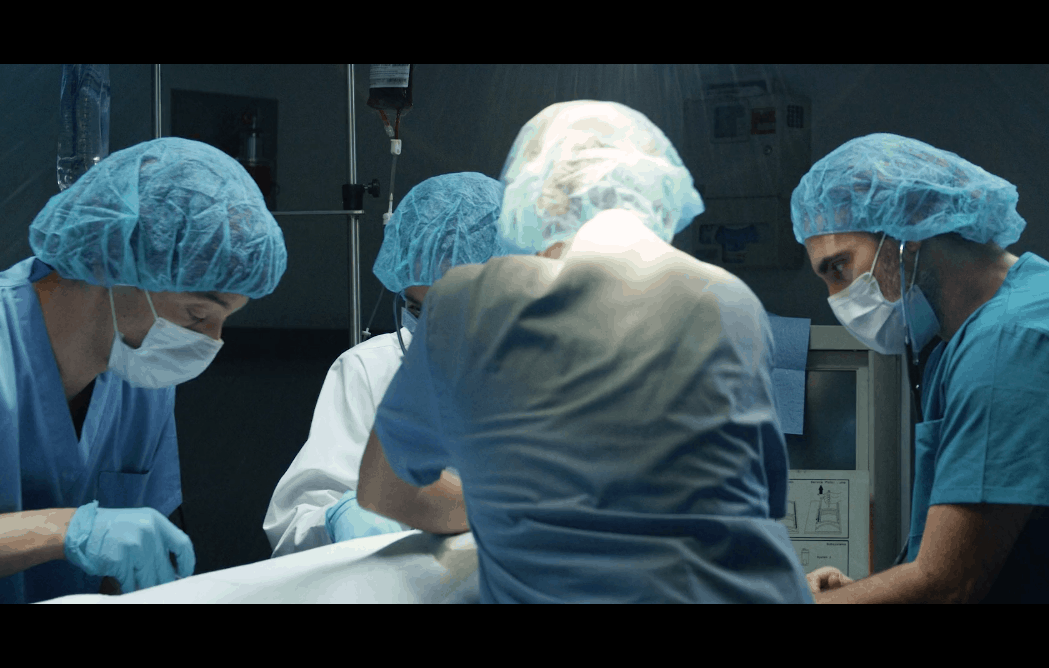 Oscar nominee Joaquin Phoenix has unveiled his next film after Joker – a short film urging action on the Climate and Ecological Emergency, with Extinction Rebellion and Amazon Watch.

Phoenix is joined in the film, entitled Guardians of Life, by an array of Hollywood stars including Rosario Dawson, Matthew Modine, Q’orianka Kilcher, Oona Chaplin, Adria Arjona, and Albert Hammond Jr. of The Strokes.

The 2 minute short film, set in an Emergency Room, launches a new campaign to engage the public in different aspects of the Climate and Ecological Emergency. It acts as a Public Service Announcement for the plight of the Amazon and its indigenous communities, and an alarm call for deforestation and biodiversity loss taking place in every corner of the globe, as a result of devastating wildfires, droughts, floods and storms.

The involvement of Joaquin Phoenix comes as no surprise, given his history of activism. Phoenix was recently arrested at a protest organised by the actress Jane Fonda in Washington DC, where he spoke about the link between climate change and animal agriculture.

Commenting on the film Phoenix said: “It’s really a call to action. I did it to raise awareness about the meat and dairy industry’s effect on climate change. The fact is we are clear cutting and burning rainforests and seeing the negative effects of those actions worldwide. People don’t realize there’s still time, but only if we act now and make sweeping changes to our consumption. We can’t wait for governments to solve these problems for us. We can’t wait until the election to try to make these changes. We have a personal responsibility to make changes in our own lives and act now.”

Shaun Monson, the film’s Director, said he felt compelled to make the film as previous documentary style PSAs had failed to move audiences to take action: “so instead of focusing on deforestation, ice melting and species extinction, we use a story as a metaphor. The Amazon has been called the lungs of the world, or the heart of the world, but instead of documentary footage we proposed an ER setting with doctors and nurses trying to save an unseen patient with systemic heart failure. The twist is not only who one of the paramedics is, but what they were really fighting to save all along.”

Leila Salazar-López of Amazon Watch believes the film is an example of art reflecting life: “An indigenous woman saving the Amazon is not a metaphor: it is a daily reality as the rainforest is razed and indigenous lands are invaded for profit. The Amazon rainforest is the heart of our world, and indigenous forest guardians are central to its well-being and to our collective future.”

Sônia Guajajara, Executive Coordinator of the Articulation of Brazil’s Indigenous Peoples said: “This film is very important for us at this moment. It demonstrates the artists’ engagement in Amazon protection by showing the key role indigenous peoples play in defending the forests, the planet, and life itself.”

The film is the first of a twelve-part series planned by Extinction Rebellion, in collaboration with Mobilize Earth. Each will tell a story about the most pressing issues facing the human species as we move into what most scientists, politicians and the public see as the make or break decade for the survival of life on the planet.

For Matthew Modine, one of the film’s stars, the Climate and Ecological Emergency means: “children inheriting a world unrecognizable to the one I was born into … this PSA is one way of opening people’s eyes to see what is actually happening right in front of us.”

Gail Bradbrook, Co-Founder of Extinction Rebellion, hopes that this is one of the first signs of Hollywood beginning to use its influence to tell the truth about the gravity of the Climate and Ecological Crisis: “There is still a disconnect between how bad things are and the action that needs to happen. But that gap is narrowing. There are more significant people starting to break ranks, to tell the truth and act as if it is real.”

The film’s female lead, Q’orianka Kilcher said: “As an indigenous actress I feel a strong responsibility to use my public platform to help amplify the voices who are seldom heard including all the indigenous defenders around the world who are the protectors of our Mother Earth, the Amazon Rainforest, and all the biodiversity and animals.”

Jonathan Mintram, the Executive Producer, was keen to stress that: “This film features fires in the Amazon and Australia, but we must not forget the other devastating fires from Angola and The Congo to Siberia and California.”

The funding for the film has come from a variety of organisations including the UK-based Catalysts Foundation, as well as the global Climate Save Movement. The website for the film www.mobilize.earth aims to raise awareness, action and donations, which will go towards the work of Amazon Watch and Extinction Rebellion. In the UK, you can find out about Extinction Rebellion events or join the Rebellion Network.