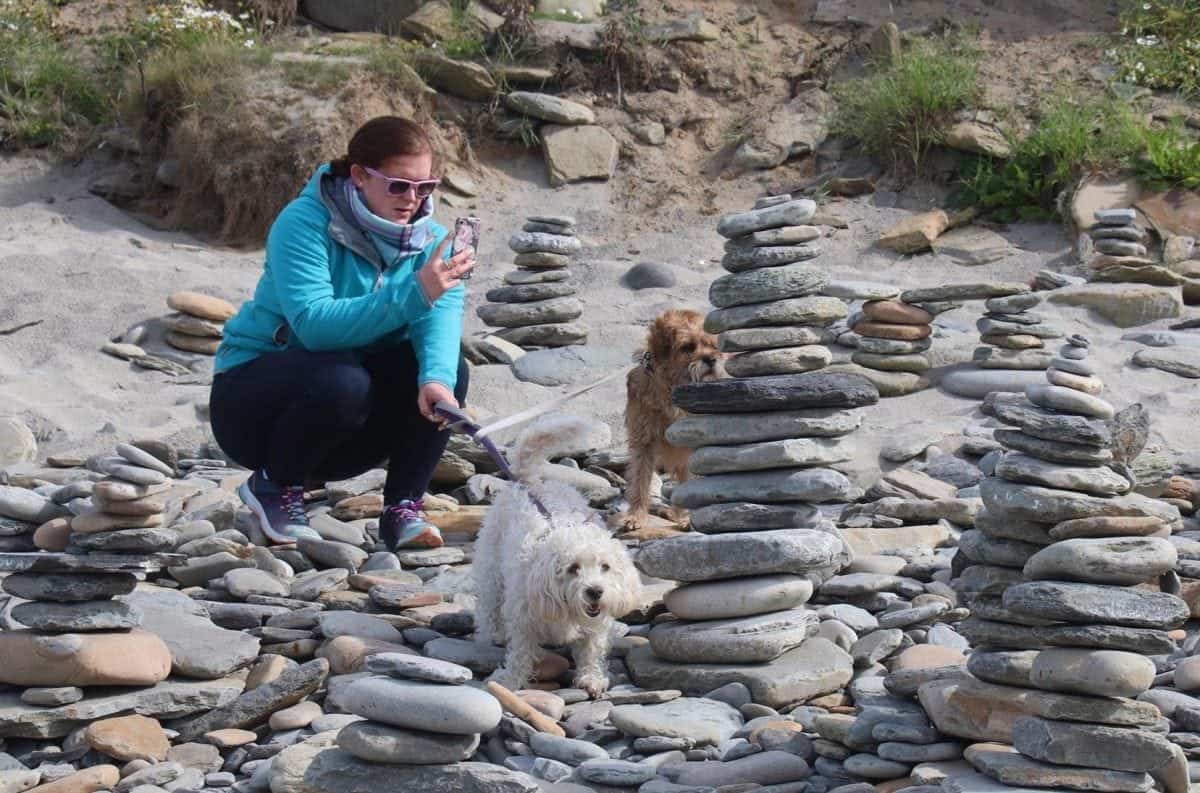 Tourists visiting island beauty spots are putting them at risk of erosion by building rock formations – so they can post snaps on INSTAGRAM, conservationists have said.

Stacked pyramids of stones have appeared on UNESCO-listed beaches on Orkney, and at the Fairy Glen on the Isle of Skye – made famous by blockbuster film The BFG. 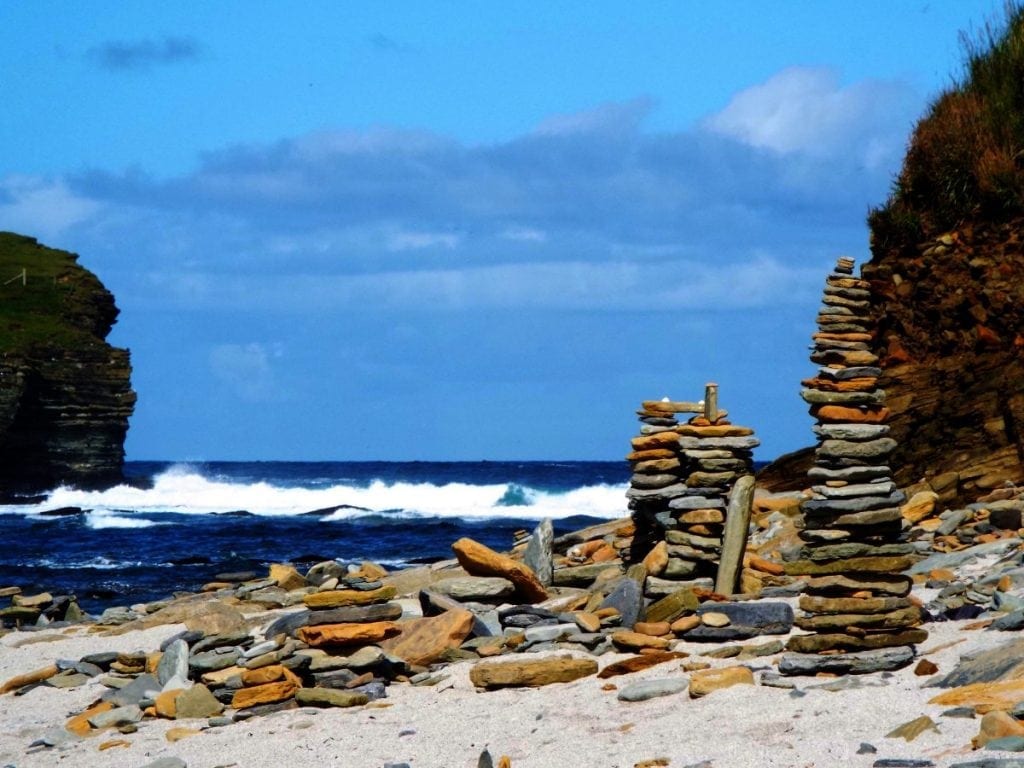 Stone stacking, which enthusiasts describe as “meditative” and “artistic”, can also be seen on Iona, Inner Hebrides.

The trend has prompted concerns by residents and environmentalists that they could speed up erosion and destroy the habitat of wildlife living on the islands.

Dog-walker Claire Irons, 53, spotted at least 50 of the rock formations at the fairy glen on Uig, Isle of Skye. 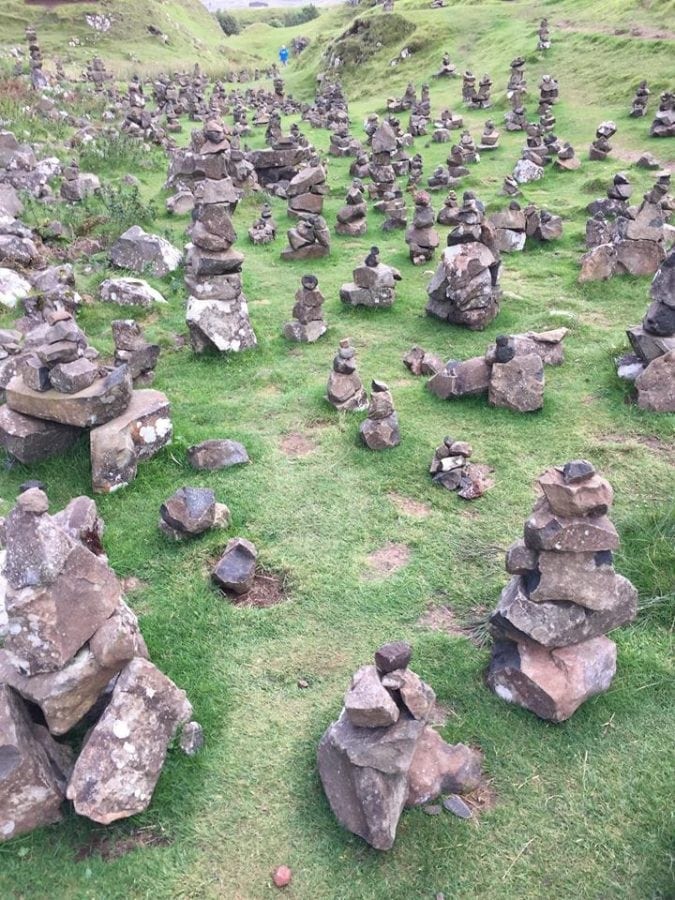 The area is known as the ‘fairy glen’ due to a distinctive group of round grassy hills, with ponds between them.

Concerned the rocks might topple and crush her Border Terrier, Treacle, Mrs Irons confronted tourists and told them to stop – but was told she was spoiling their fun.

Mrs Irons said: “It’s the first time I’ve noticed it, we don’t tend to go up that way in summer. There’s normally so many tourists around.

“When I went up on a dog walk, I was amazed – you couldn’t walk on the path.

“It is tourists rather than locals who do it.” 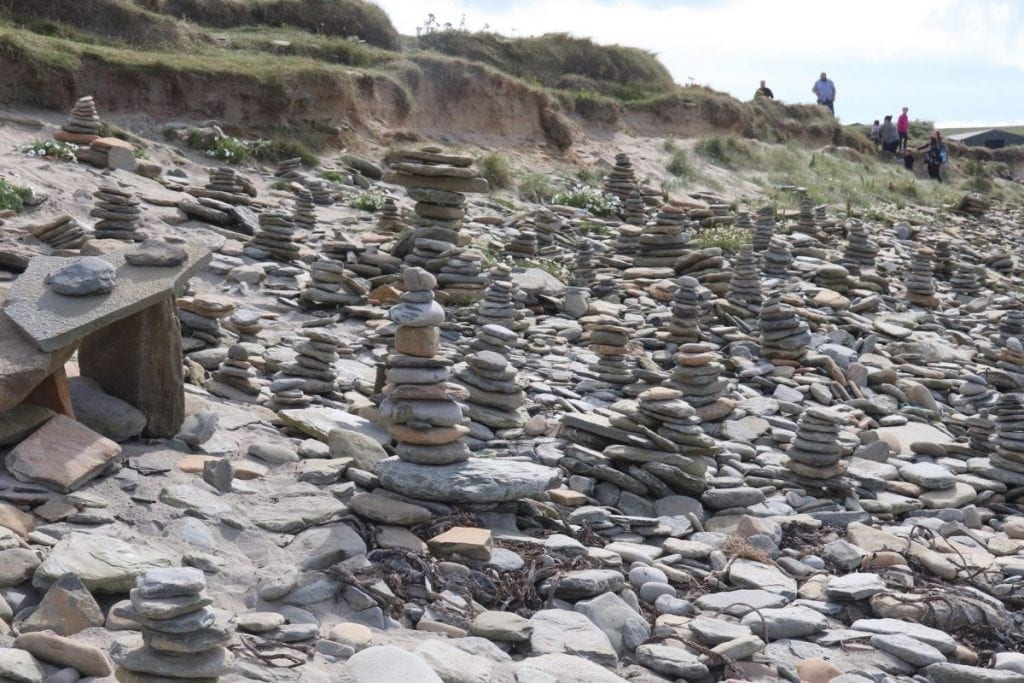 Having lived on the island for five years, Mrs Irons said she was concerned that the structure of stone walls was being destroyed by tour groups.

“It is a whole geological area.

“They tend to go to the coastal bit, that’s where the rock formations are.

“It is just not right – people should go there just to see the surroundings, not to build a pile of stones.

“It is on a croft, where sheep graze.

“I could be a bit cynical and suggest they go in on minibus tours and they need something to do.” 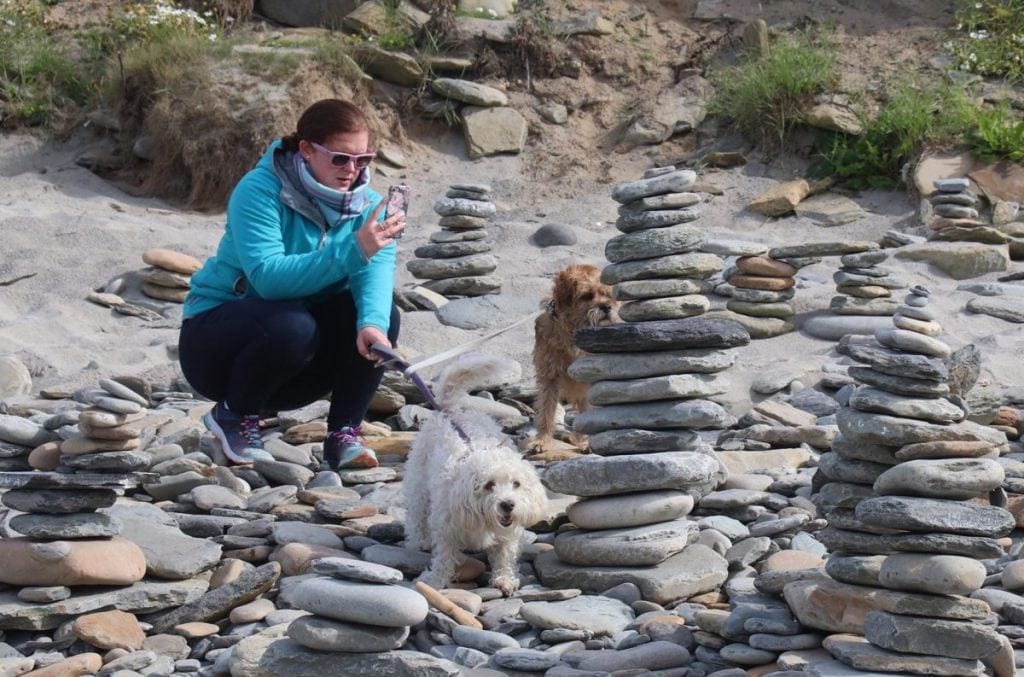 The dog owner was concerned that a rock could topple and hit her seven-and-a-half-year-old Border Terrier.

She said: “Since the BFG was filmed here it has been on the film trail.

“People come to Skye and they have got a list of things to do – one of them is to follow the ‘fairy glen’.

“It’s been promoted more – when I first came here it wasn’t on the map.

“It has crept up in the past three years.”

Mr Hourston said: “When I saw the photograph I was astounded – this is a new level.

“For that to be on the Isle of Skye, which you associate with isolation, is absolutely shocking.

“Without a doubt it is having an impact on ecology.

“The photo epitomises the desecration of the natural environment.

“We are talking about a base of people, backpackers and adventurers, who should have a concept of ‘leave no trace’.

“The overpowering urge is to prove they’ve been there on Instagram or social media.”

He said the problem was not isolated to Skye but seemed to be prevalent in Scotland, including Orkney where new structures were popping up beside neolithic formations.

The beach at Skara Brae, designated a UNESCO World Heritage Site in 1999, is part of Neolithic Orkney – but man-made stacks of stones have appeared on the landscape. 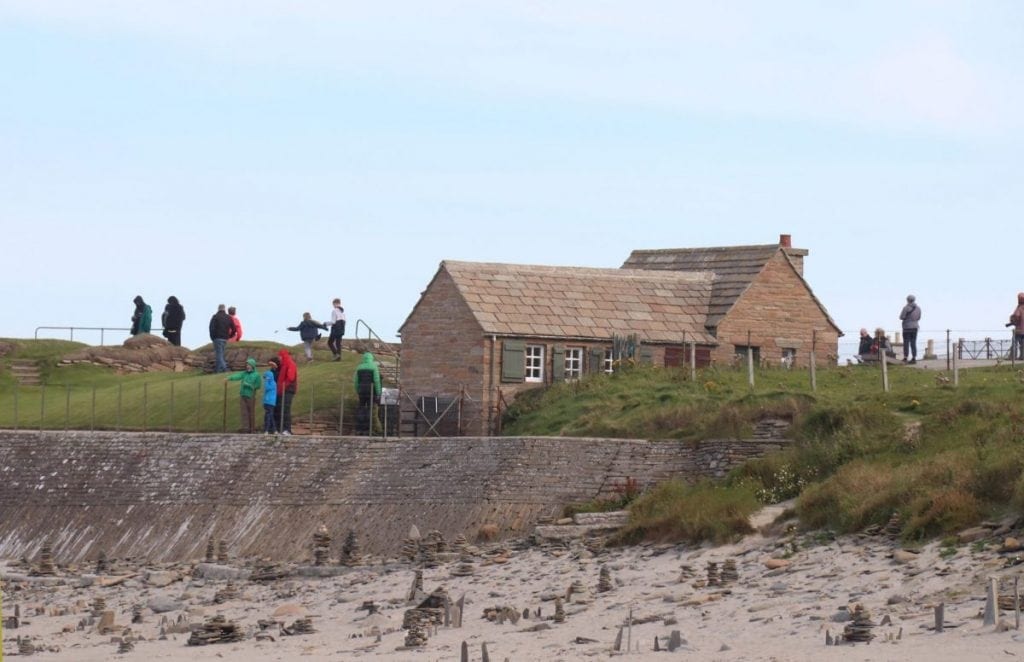 They have also been spotted on Iona.

Mr Hourston added: “The people who like to do this see it as completely harmless.

“People are increasingly wanting to get into the wild, but the wild is becoming less wild.”