Unless you live under a rock you will have no doubt heard about the devastating effects of the recent storm named Doris to visit our shores on Thursday. We Brits are renowned for talking about the weather at any given opportunity, so it was no wonder that the recent storm was the topic on most […] 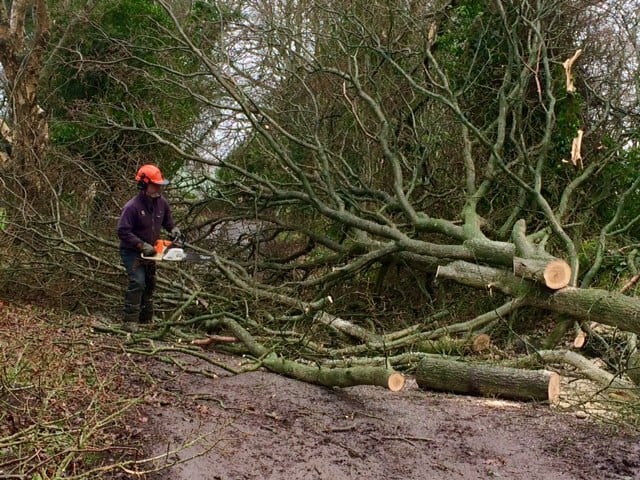 Unless you live under a rock you will have no doubt heard about the devastating effects of the recent storm named Doris to visit our shores on Thursday.

We Brits are renowned for talking about the weather at any given opportunity, so it was no wonder that the recent storm was the topic on most people lips over the past few days. Storm Doris made her presence known up and down the country. With gusts of up to 100 mph winds, and associated extreme weather in all corners of the UK, it seems she barely left a stone unturned during her brief stay.

Large lorries were thrown from the roads, roofing was blown off buildings and the pier at Colwyn Bay in North Wales, which has stood since the year 1900, was ripped to pieces during the storm – not to mention the knock on effect to public transport. Crowds were so large that both London Euston and Kings Cross stations had to be closed during the peak of rush hour, leaving thousands of city commuters having to find alternative routes home.

All this devastation and disruption has led to a number of upsetting stories surrounding Doris’s visit, and although she has had a negative impact on many, I couldn’t help but wonder at the immense power of Mother Nature.

On a personal level, as a countryside ranger in Cheshire, much of Thursday this week was spent weighing up the ever increasing wind conditions and the knock on effect for the large number of trees at the property at which I am based. As wind speeds increased it became obvious very quickly that being situated in the middle of woodland surrounded by violently swaying veteran oaks, rowans and silver birch trees, was not the best place to be. However Doris had other ideas, and on attempting to leave the property for the safety of home, my boss Jon and I were faced with a large 100-150 year old fallen oak tree along the track, preventing us from getting out. The following two hours were spent cutting a path through the massive fallen oak, where we were then met by two more trees blocking our escape at separate intervals further down the track. The high winds brought a real sense of adventure and excitement to the day, but as soon as it was safe to do so, I was on the road home.

The calm after the storm followed on Friday. My return to the office was greeted by a number of trees that had been blown clean over by the powerful storm. The sun was shining, there wasn’t a cloud in the sky and there was barely a breath of wind as Jon and I, armed with a chainsaw each, set about trying to correct the damage the fallen trees had made the previous day. The conditions so remarkably calm that it seemed totally removed from the extreme conditions we experienced less than twenty-four hours earlier. Thankfully, no serious damage has been found on site, although I suspect there will be a number of fence lines and paths that will need to be cleared over the coming weeks. The winds associated with storm Doris lasted less than twelve hours, but the clean-up will go on for the next few weeks at the very least.

Like storm Conor before her and with Ewan the name given to the next storm to arrive to the shores of the UK, Doris made her presence well known. My career as a countryside ranger is varied to say the least, but Doris brought an extra thrill to my week, certainly not something that happens every day. It was a real eye opener to see just what Mother Nature is capable of.