“That barbed wire has gone up because, in my mind, it is closed." 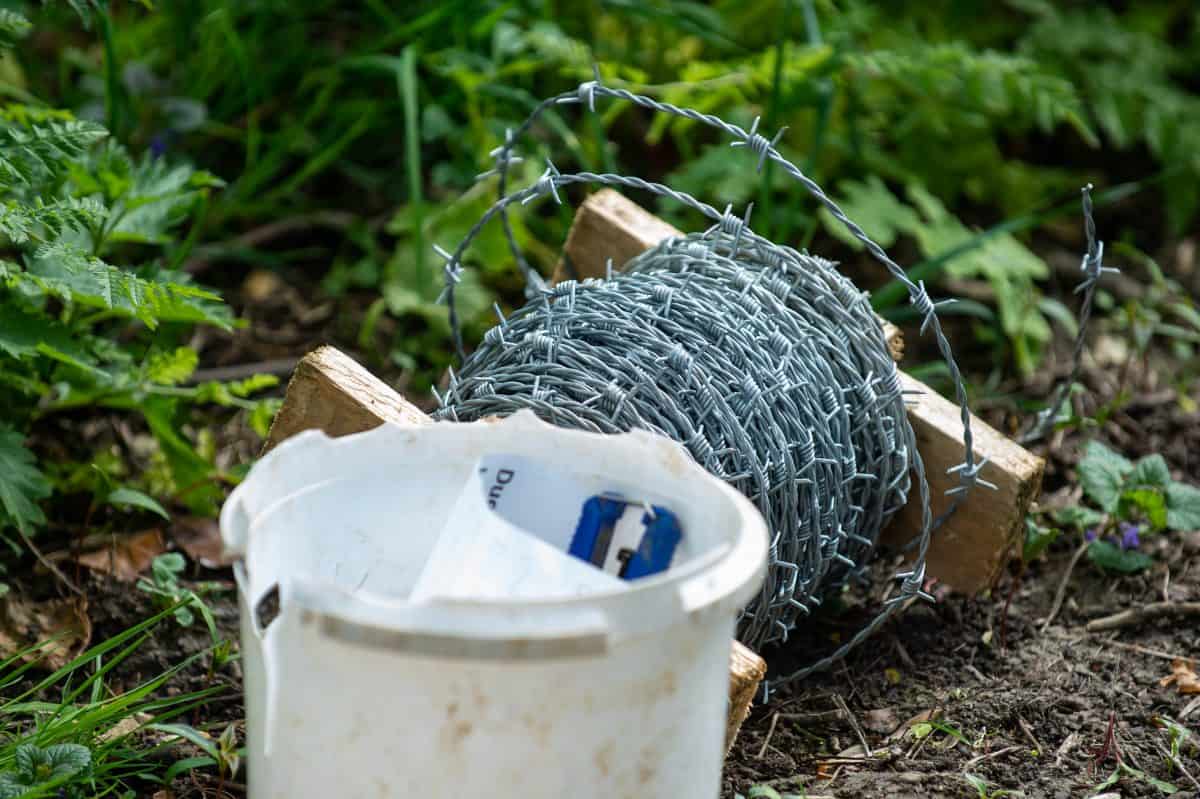 A woman landowner has blocked a public footpath near a beauty spot with razor-sharp barbed wire in a row with “abusive and bullying” ramblers.

Frances Payne, 55, claims she has been repeatedly sworn at and even physically attacked by walkers who stray onto her land.

She has now blocked the footpath running beside her Hampton Hill home in Evesham, Worcs., with barbed wire, chains and ‘keep out’ notices.

Mrs Payne stormed: “I got attacked and it is not safe for me to walk on my property now.

“There is a path through but people trespass and when asked not to they get nasty, very nasty, or they say it is not my land.

“I have had people walking all over the weir which is nowhere near the footpath, they just argue when you tell them they shouldn’t be there. They won’t move.

“The police say it is not a matter for them, they won’t take them away. You end up arguing back.

“I saw kids up there smoking drugs the other day.

“There are very few people who come through here without a problem.

“There are some nice people who quietly walk through, I have no issue with them, but a lot are quite nasty and it is not in the past tense, this is carrying on now.

“Please be assured I am very sorry for the normal, pleasant people who do the right thing while coming through here.

“I think people ought to know the Countryside Code and have some manners in the country.”

Mrs Payne says fellow landowners nearby have had similar problems with vandalism and having items being thrown in the river.

She added: “That barbed wire has gone up because, in my mind, it is closed.

“It is my land. I am aware it is probably illegal to shut a footpath but it is also illegal to attack and assault people.

“It is also illegal to incite people and have a mob culture.

“As a 55-year-old woman I have to guard my own safety and that of other people on that track.

“It has got far too toxic and I have every right to defend my own health and safety. I don’t feel I have a choice.

“One couple were cutting the fencing every night so I got metal fencing and started enclosing my own land.

“We have cameras down here, it is a security measure.

“I am trying to maintain the countryside and nature.

“They rip down signs saying no cycling but on Saturday I was run over from behind and ended up in the bushes. I am sure it was deliberate.

“I do not appreciate being pushed into the bushes on my own land so yes, they can go round.”

Worcestershire County Council says it is working with Mrs Payne to re-open the path to walkers.