This is the moment a brave diver reaches closer than most of us would to try to pull a hook from the mouth of one of the world’s most dangerous sharks after tempting it over with a fish. The footage shows diver and marine biologist Leigh Cobb bait the oceanic white tip shark with a […] 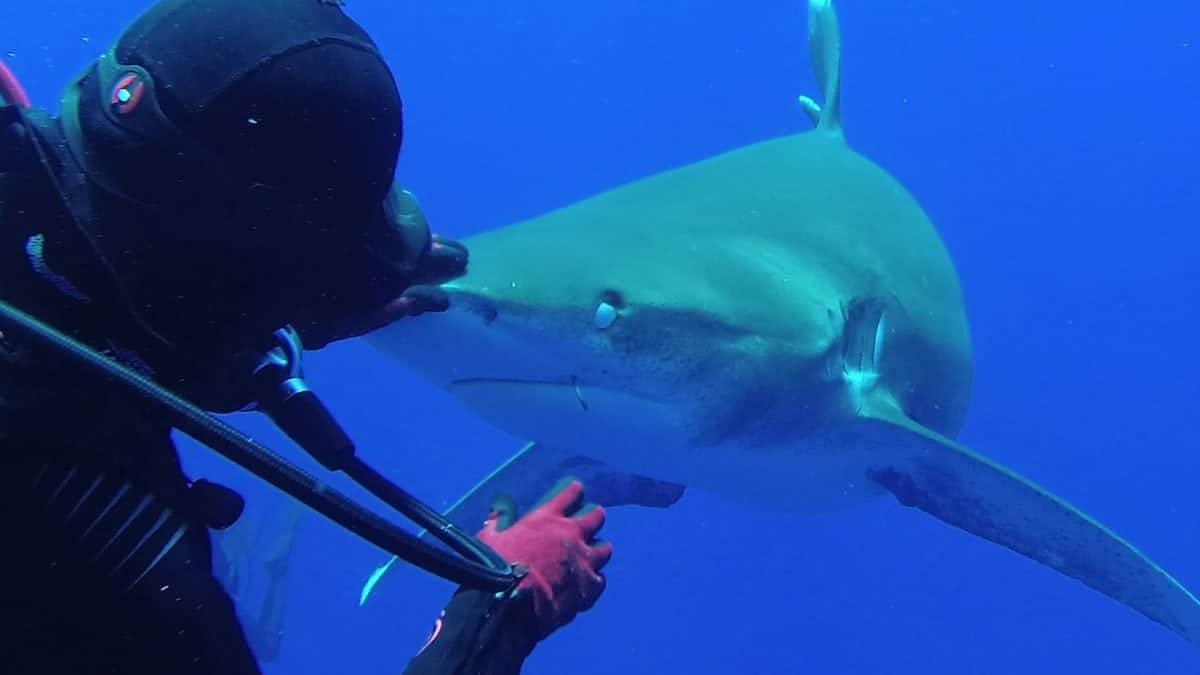 This is the moment a brave diver reaches closer than most of us would to try to pull a hook from the mouth of one of the world’s most dangerous sharks after tempting it over with a fish.

The footage shows diver and marine biologist Leigh Cobb bait the oceanic white tip shark with a fish – before dislodging the piece of metal with her right hand.

The fearless diver said that by placing her hand on the shark’s nose it was momentarily hypnotised because all of a shark’s senses are at the front of its face.

The British ex-pat who now lives in Palm Beach, Florida, believes that her intervention could have helped keep the shark alive.

Leigh, 38, said: “The hook was stopping it from eating, so I think I could well have saved its life.

“They’re usually quite a skittish breed of shark but this one realised I wasn’t a predator. Baiting it with food also helped.”

Ms Cobb, who is originally from Wythall, Worcestershire, said the manoeuvre was particularly remarkable because oceanic white tip sharks are usually shy and don’t like human contact.

The species was described by Jacques Cousteau, the renowned oceanographer, as “the most dangerous of all sharks”.

Diver save shark by pulling hook from its mouth

Would you try this?Watch the moment a brave diver gets nearer than most of us would to the mouth of “the most dangerous of all sharks” to dislodge a hook from there which is threatening its life…Full story: https://www.thelondoneconomic.com/news/environment/moment-diver-tries-to-remove-hook-from-mouth-of-one-of-worlds-most-danerous-sharks/06/07/

Posted by The London Economic on Friday, 6 July 2018

However, many of the attacks are not recorded because they occur not in coastal areas but on people adrift in the open sea – particularly after shipwrecks and aircraft crashes.

They are largely solitary animals, but are scavengers and will group together in a feeding frenzy if an opportunity of a meal presents itself. 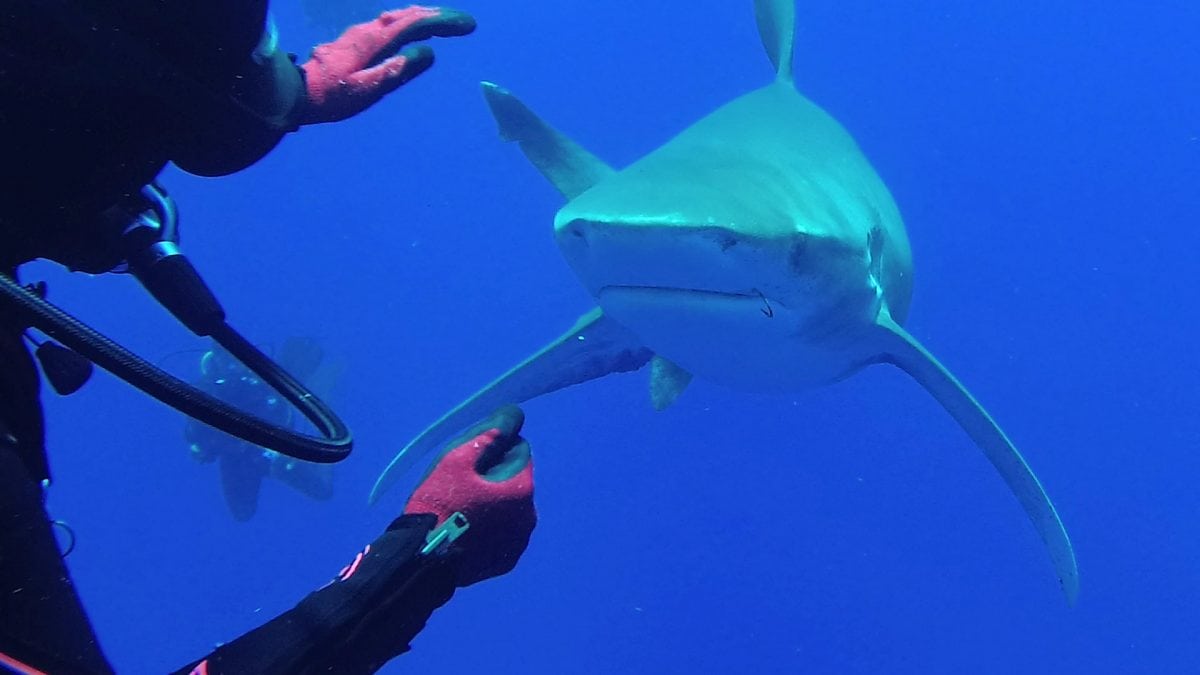 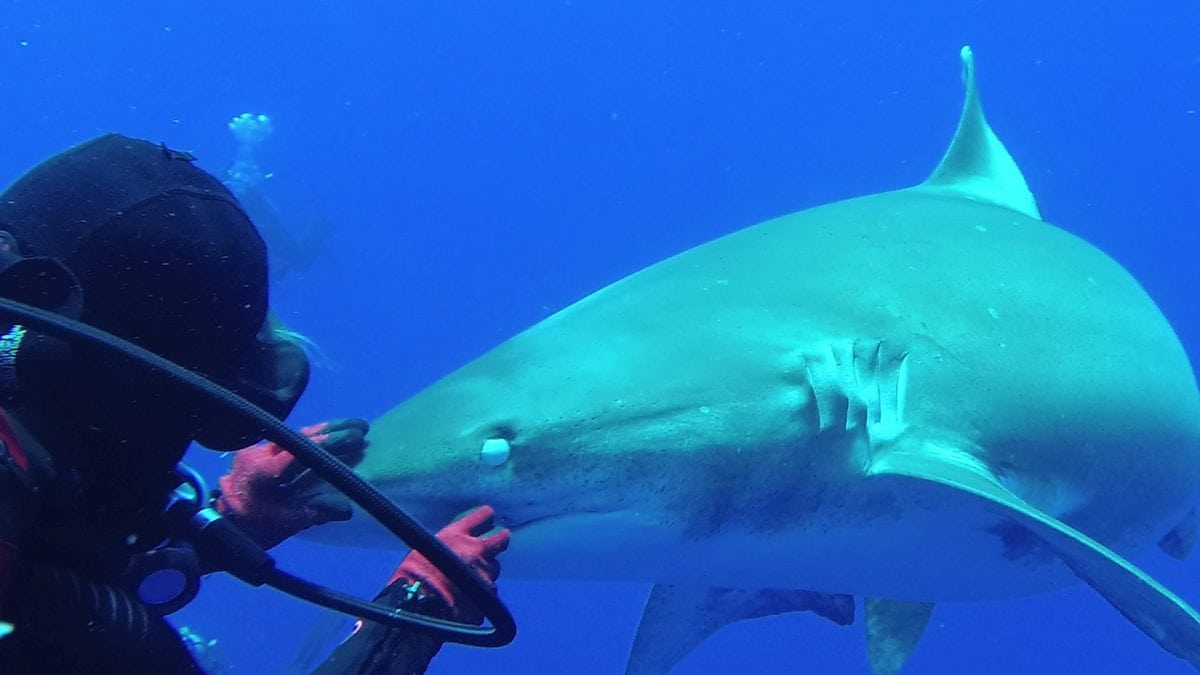 Leigh runs trips from Florida to the Bahamas for the public, a route that takes about 50 hours by boat, to introduce them to a world of sharks that is very different to the one shown in movies like Jaws.

She said: “They realise after coming on one of our trips just how wonderful these animals really are and they also see first hand how important sharks are to the ecosystem.

“Everyone thinks trees are important to the ecosystem, but 70 per cent of the world’s oxygen comes from the sea.”