He was seen carrying a sign reading: ‘I’m locally sourced and environmentally friendly’. 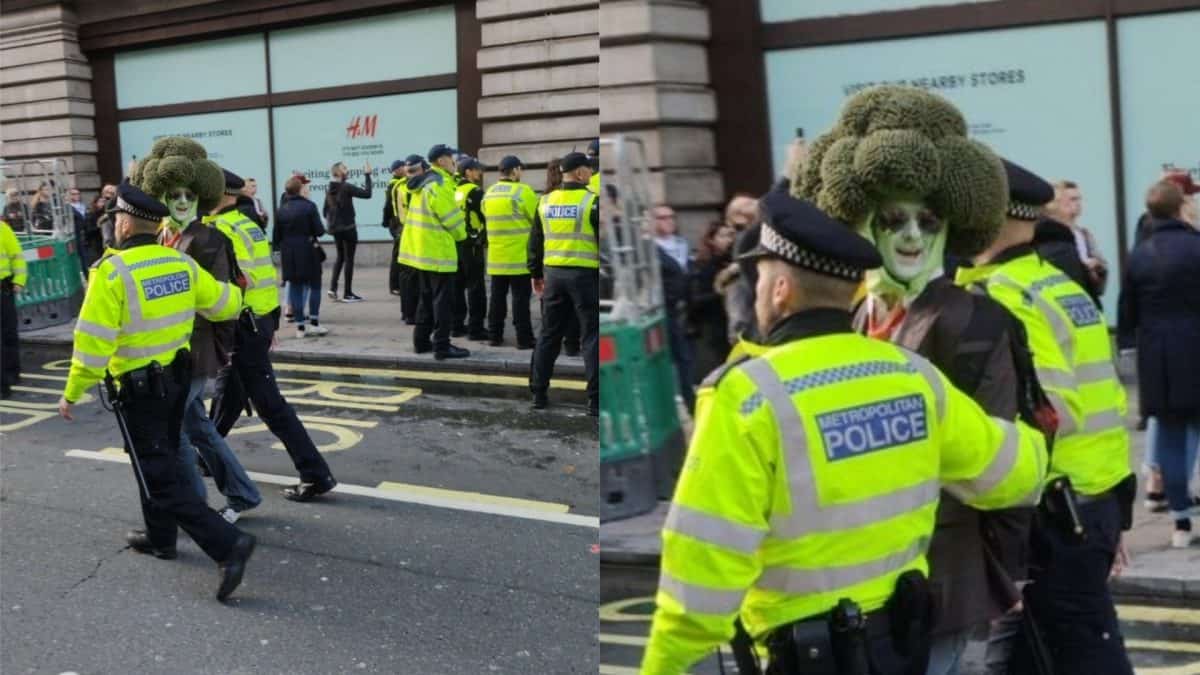 A man dressed as broccoli was led away by police in connection to Extinction Rebellion protests in London on Sunday.

The man, who wore green face paint, a suit and a floret-style hat, had previously been seen holding a sign reading: “I’m locally sourced and environmentally friendly”.

Robert Greener, who was in Oxford Street on Sunday evening, tweeted a photo of the protester, with the caption: “A humble broccoli gets arrested on Oxford Street”.

A video posted online showed the man being handcuffed by three officers.

Another witness to the apparent arrest said on Twitter: “My fave thing [about] working on Oxford Street and whatever was happening today is getting to see a guy dressed as broccoli being arrested.”

A spokeswoman for the Metropolitan Police said they could not comment on individual arrest cases.

More than 1,300 people have already been arrested in the protests, part of an “international rebellion” with action taking place in cities around the world.