Labour has also gone on the attack on Boris Johnson after the government failed to bring urgent plans to tackle the climate and environment emergency in time to meet the six month deadline set by parliament. 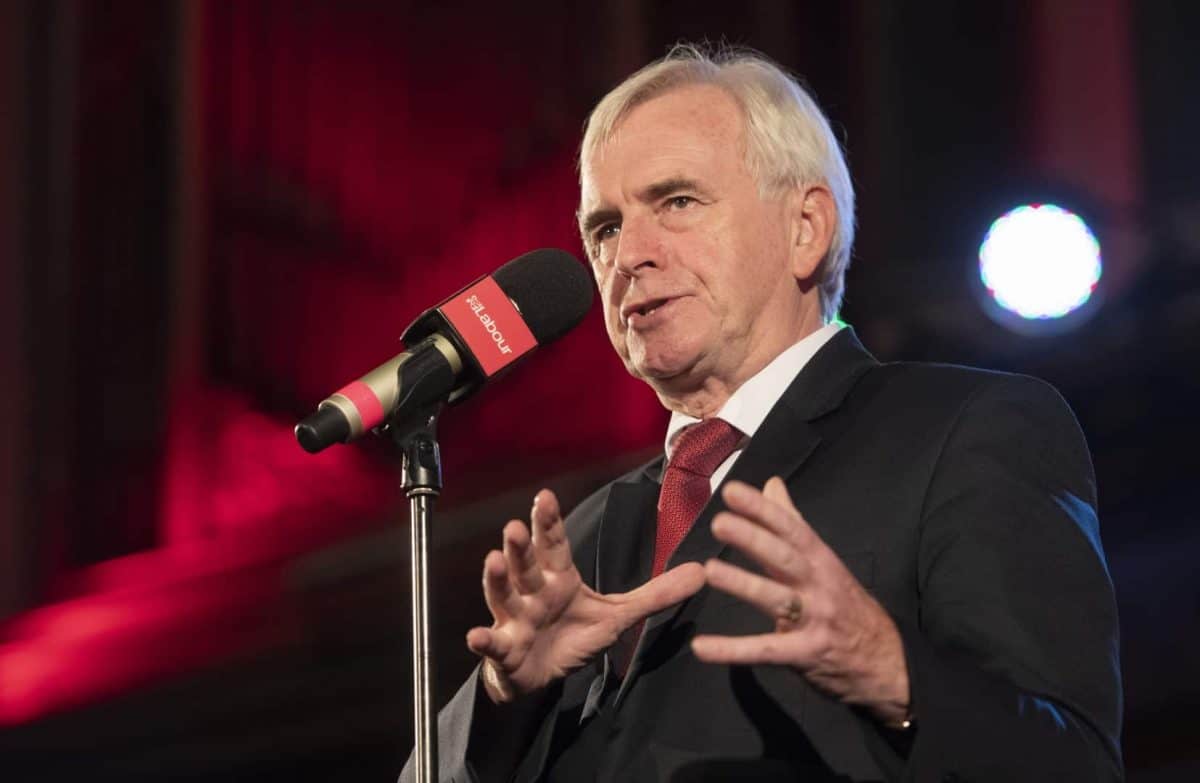 The Labour Party is developing plans to “go after” banks and hedge funds “financing climate change”.

John McDonnell revealed his approach ahead of the publication of the Finance and Climate Change report, authored by a group including academics and experts as well as former head of the civil service, Bob Kerslake.

The report recommends banks and hedge funds “should be forced to publish the climate-related risks associated with their financial assets”.

The report authors found that:

Among other recommendations, the authors say that:

Shadow Chancellor McDonnell said: “It’s clear there is a long way to go before the finance sector is pulling its weight to achieve the rapid changes our economy needs to meet our climate obligations.”

“Labour will take on board these findings and recommendations and bring forward our own proposals ahead of the General Election.”

The report recommends that the Bank of England change its monetary policy operations to “avoid carbon bias” and said larger banks should penalised for involvement in environmentally unfriendly investments.

The party also pledged that all new homes would be “zero carbon” within three years under Labour plans to tackle the housing and climate crises at the same time.

While the Conservatives have a legally binding target to achieve a zero carbon economy by 2050, shadow chancellor John McDonnell wants the goal reached by the 2030s using financial levers.

Labour has also gone on the attack on Boris Johnson after the government failed to bring urgent plans to tackle the climate and environment emergency in time to meet the six month deadline set by parliament.

Since parliament’s declaration of a climate and environment emergency the Conservative government has failed to pursue policies adequate to the scale of the crisis.

The Prime Minister has also hired a fracking lobbyist to write the Conservative manifesto.