The Brexit minister went out to bat for fracking on Monday morning. 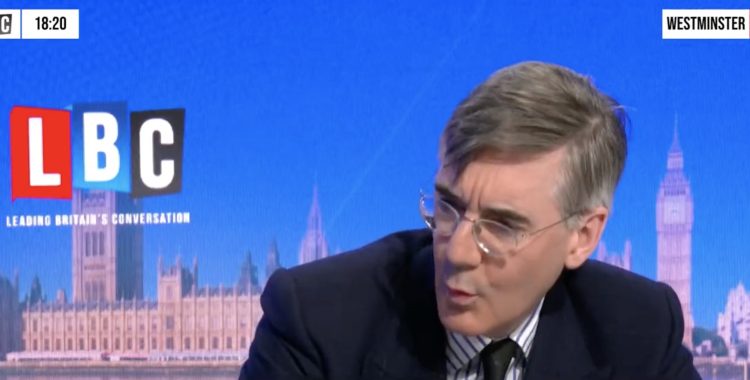 Jacob Rees-Mogg has downplayed the earthquake risks from fracking and said “every last drop” of oil should be extracted from the North Sea.

The Brexit opportunities minister compared the fracking threat to “a rock fall in a disused coal mine” as No 10 confirmed the energy security strategy will be published on Thursday.

The plans have been repeatedly delayed as ministers are divided on the possible end of the fracking ban and a shift to more onshore wind turbines.

Boris Johnson has reportedly struggled to get more money from the Treasury as he eyes the prospect of increased nuclear power in order to reduce reliance on Vladimir Putin’s fuel.

The energy strategy was promised in response to demands to divest from Russian fuel over its invasion of Ukraine and to address a growing cost-of-living crisis.

Rees-Mogg stressed the need for oil firms to be able to keep their profits amid calls for a windfall tax to ease spiralling bills “so they get every last drop out of the North Sea”.

In an interview on LBC, he also said hydraulic fracturing, or fracking, “seems quite an interesting opportunity” amid suggestions the moratorium could be lifted in response to the Ukraine crisis.

The minister said he was “very impressed” by a Royal Society report that he says “pointed out that the seismic effect from fracking was equivalent to, if not slightly less than, a rock fall in a disused coal mine”.

“So I think one needs proportionality about the seismic issues,” he added.

Downing Street said the fracking moratorium, introduced in England in 2019 after the process triggered earthquakes, “still remains” but cited the invasion of Ukraine requiring a need to “look at all possible options for improving domestic energy supply”.

“This can only proceed if the science says it is safe, sustainable and causes only minimal disturbance to local communities,” the prime minister’s official spokesman said.

On further North Sea oil extraction, he added: “Certainly it’s right that domestic-produced oil and gas will play an important part of the transition to net zero.”

Over the weekend, Transport Secretary Grant Shapps said he does not “favour a vast increase in onshore wind farms”.

He told Sky they “can create something of an eyesore for communities as well as actual problems of noise as well” as he favoured the development of turbines offshore.

Johnson’s spokesman said onshore turbines should be built when “locally supported”, adding: “You’ll see more about our position on energy in our strategy published on Thursday.”

Related: Rees-Mogg claims soaring food prices ‘nothing to do’ with Brexit