The Brexit minister was defending himself against an LBC caller who accused him of "lying" to the public about quitting the EU. 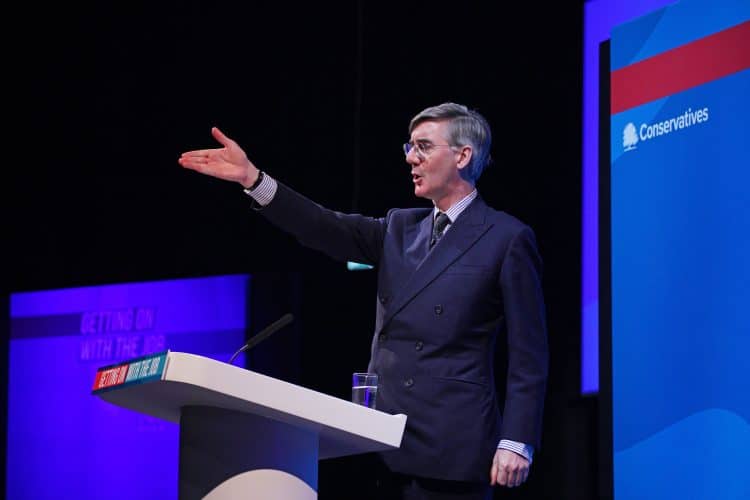 Jacob Rees-Mogg has insisted that soaring food prices have “nothing to do” with Brexit, blaming global inflation rates instead

The newly-minted minister for Brexit opportunities was challenged on LBC over previous claims that quitting the EU would make energy bills and food cheaper.

Responding to a caller named Brenda, who accused him of “lying” to the public before the referendum, Rees-Mogg said: “There is a global inflation in food prices which has nothing to do with Brexit.”

He added: “The fact that the wheat price has gone up because, partly, the invasion of Ukraine by Putin’s forces, is not something I was speculating on in the run-up to Brexit.”

Rees-Mogg also claimed that post-Brexit trade deals would help ease the living standards crunch, amid predictions that food inflation could hit 15 per cent this year.

“With the trade deals we are doing – and particularly important with Australia and New Zealand – we are taking tariffs off food, footwear and clothing,” he said. “The more free trade deals we do, the more tariffs will be removed.

“These are tariff and non-tariff barriers which are being removed as we make more free trade deals, and that is fundamentally important.

But LBC caller Brenda was not having any of it, calling Rees-Mogg “so patronising”. She said: “I find it absolutely outrageous that people are going to suffer from hypothermia … they can’t eat and can’t heat their homes. How is that helping the ordinary, struggling person?”

Challenged on whether Rishi Sunak, the chancellor, had done enough to support struggling families at his Spring Statement, the Brexit minister said: “You have to keep government expenditure under control.”

Admitting he is in “a very fortunate situation” personally, he added: “My concern is people coming to my constituency surgery … what can be done to help people, to make sure they’re claiming the right benefits – simple things like that. There is help, but it is difficult.”

Rees-Mogg also appeared to blame the EU for higher export costs facing British fisherman, saying: “The EU is very cross that we left and they want to make life as difficult as possible.”

Related: World has ‘moved on’ from Partygate ‘fluff’, minister claims