They combine facial expressions and voice tones to perceive our emotions, say psychologists

by Joe Mellor
in Environment, Science 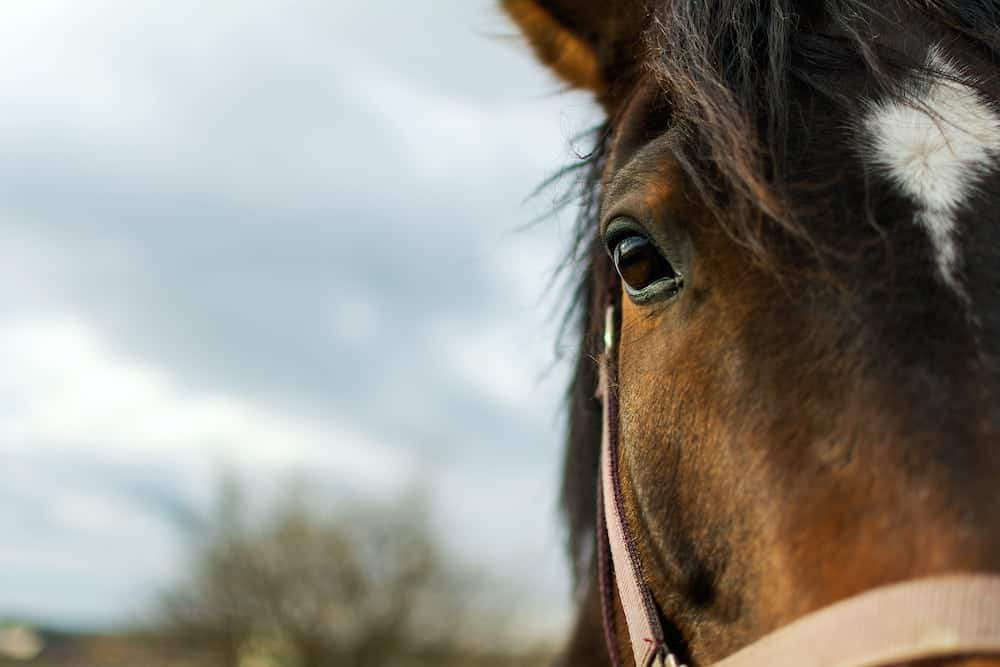 Horses really can understand humans – in the same way that dogs do, according to new research

They combine facial expressions and voice tones to perceive our emotions, say psychologists.

And the animals are so clever they are able to do it with complete strangers – as well as those familiar to them.

It is exactly the same technique used by man’s best friend – which has been known for decades.

But it is the first time it has been demonstrated in the horse – often described as man’s ‘second best friend.’

And it may help us develop an even better relationship with an animal we have depended on for 6,000 years since it was first domestication on the grasslands of eastern Europe.

The finding also has implications for other members of the animal kingdom we have strong bonds with – including dogs.

Behavioural expert Professor Ayaka Takimot said: “Our study could contribute to the understanding of how humans and companion animals send and receive emotional signals to deepen our relationships.

“This could help establish a better relationship that emphasises the well-being of animals.”

Recent studies have shown horses – highly social animals that live in herds – are skilled communicators within their own groups.

They can read the emotions of their peers through their facial expressions and contact calls, or whinnies.

Lead author Prof Takimoto, of Hokkaido University in Japan, said horses have been used as a working animal for thousands of years.

They have also been a reliable human companion in sports and leisure activities including horse racing and riding, respectively.

This has established their close relationship with us – similar to that enjoyed by dogs, said Prof Takimoto.

But while dogs’ ability to relate human facial expressions and voices to perceive human emotions has been scientifically recognised, little has been known as to whether horses can do the same.

That enabled them to illustrate that horses really do ‘cross-modally’ understand human emotion by integrating information acquired through separate senses. This is by vision and hearing – seeing a facial expression and listening to the tone of voice, respectively.

The communication theory is usually used on humans to explain unexpected behaviours – especially in the study of infant cognitive development.

It also found familiarity between the horse and the person did not affect their perception.

In the study, published in the journal Scientific Reports, horses were shown a picture of a happy or angry face on a screen on a screen.

They then heard a pre-recorded human voice ­– either praising or scolding – from a speaker behind the screen.

Horses received both the ‘congruent’ condition, in which the emotional values of facial expression and voice tone were matched, and the ‘incongruent’ one in which they were not.

Results showed horses responded to voices twice as fast during the latter experiment than the former – regardless of familiarity of the person.

In addition, the horses looked to the speaker for a 40 percent longer period of time in the incongruent condition when the person was familiar.

This is because an unexpected behaviour, or ‘expectancy violation’, occurred when horses heard a human voice whose emotional tone did not fit was not congruent with the expression.

In the past, horses were mostly valued for their size, beauty, strength and other qualities not always associated with behaviour. Dogs, while bred for these traits too, were also selected for companionship characteristics.

Depending on how horses are domesticated and trained in future, scientists believe they may have the potential to catch up with dogs as being man’s best understanding friend.

Five years ago a study by the University of Sussex found horse are able to pick up on subtle eye and body movements of humans.

The team said horses inherently understand people better than most other animals do, displaying tremendous sensitivity.

They tried five different ways of getting horses to investigate an empty bucket. If the horse got it right, a piece of carrot was dropped into the bucket.

These included placing a striped wooden marker in front of the particular bucket, pointing at the bucket, tapping on the side of it, gazing at it and having a person face in the direction of the bucket.

The 34 horses that participated understood when a striped wooden marker was placed in front, or a person pointed at it.

The scientists said with training they would probably have passed the other three tests – tapping on the side of the bucket, gazing at it and having a person face in the direction of it.

In 2016 the same researchers showed horses could tell the difference between happy and angry people when they were shown pictures of the same human male face.