Firefighter Mitch Stafford, 34, spotted the animal in a nest with three other hedgehogs and posted the image online

by Nathan Pynn
in Environment 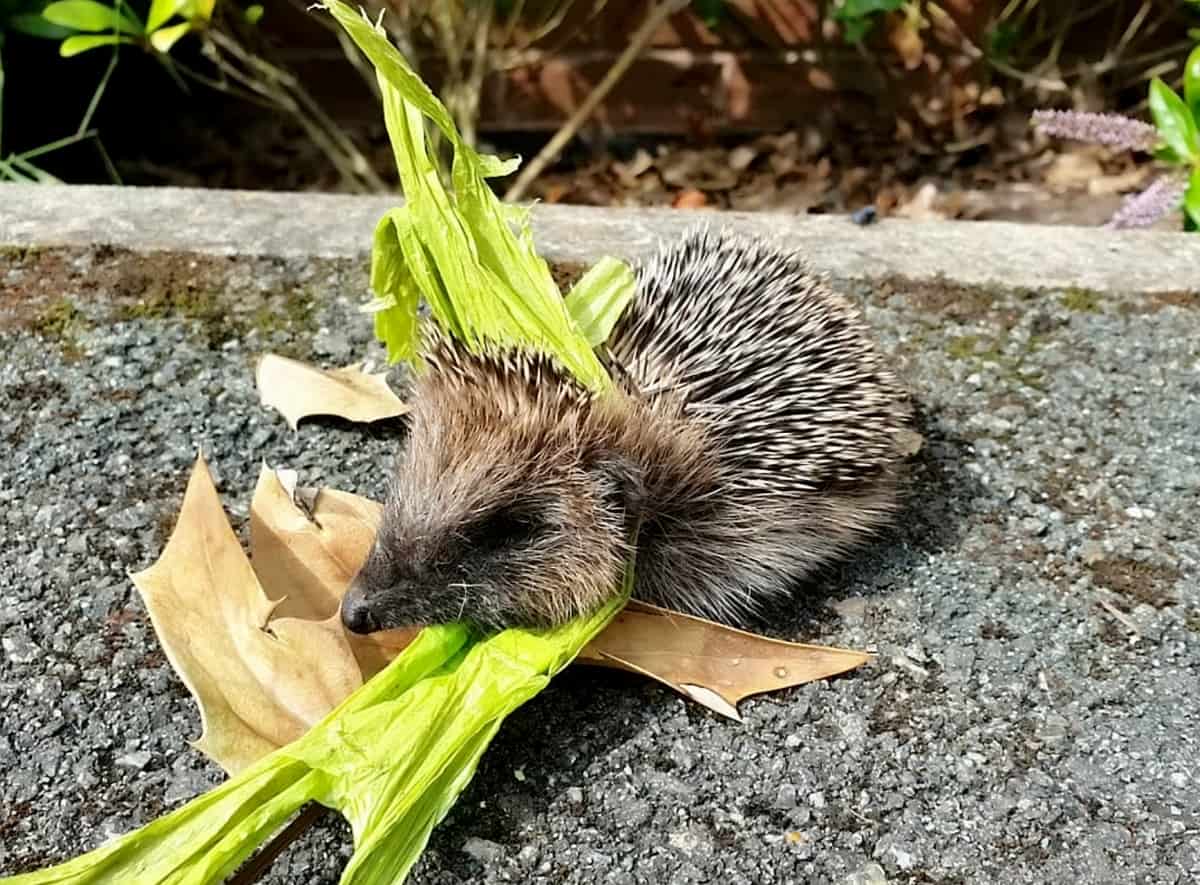 Firefighter Mitch Stafford, 34, spotted the animal in a nest with three other hedgehogs.

The animals had made a nest in a hedgerow near his home using takeaway boxes and discarded food wrappers.

Tragically, one of the hedgehogs had died after getting its head stuck in a hole in a plastic bag.

Mitch, of Uttoxeter, Staffs., took the remaining three hedgehogs to an animal hospital where they are currently being cared for before being released back into the wild.

The dad-of-two said: “I was playing with my boys near my home and we saw a nest of hedgehogs in the hedgerow.

“I looked more closely at the nest and it was made of crisp packets and takeaway boxes.

“One of them was dead. It looked like it may have chewed a hole in a plastic bag and got it’s head stuck.

“It’s tragic really and I posted the picture on Facebook because I wanted to highlight the dangers or littering.

“It seems to be getting worse and I’ve noticed rubbish mounting up by the sides of roads where I live. I think it’s a national problem.

“Fortunately the three other hedgehogs survived and are going to released back into the wild.”