The finds fuel fears for the UK’s bee populations which cannot defend themselves against the invasive predators. 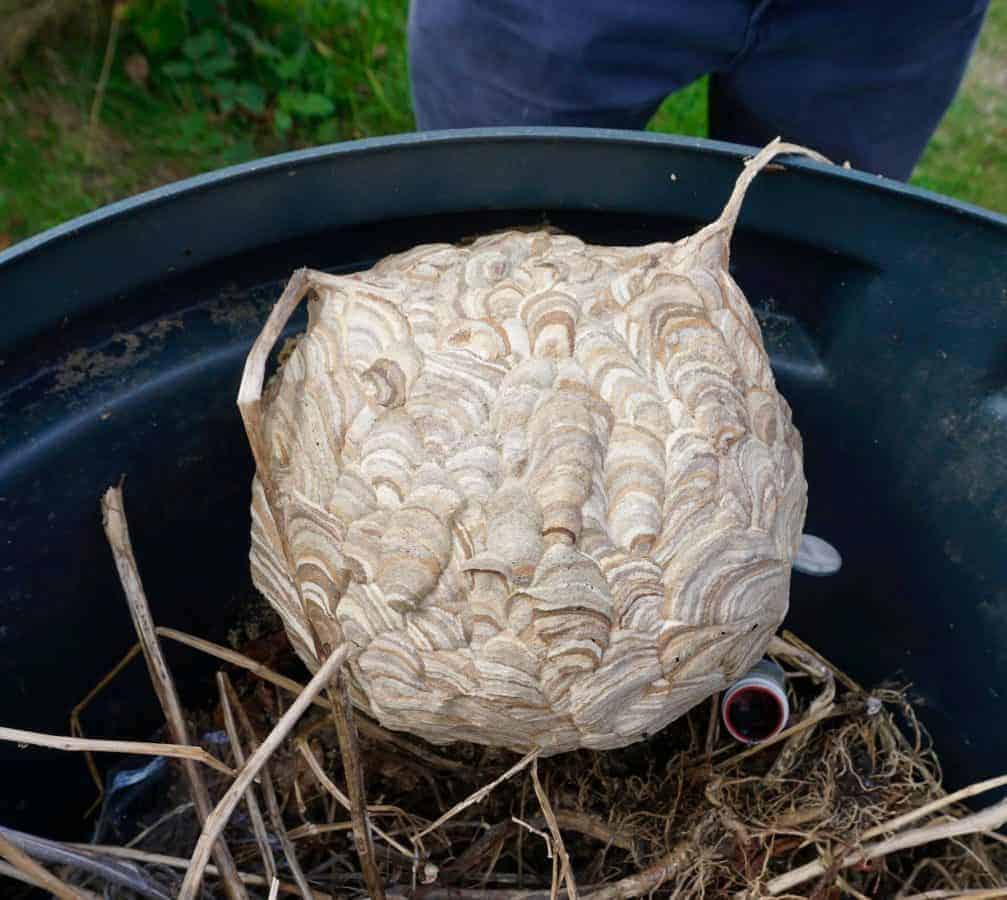 Experts have found the biggest deadly Asian Giant Hornet nest yet – in a compost bin.

The nest was discovered in a garden on the island of Jersey – the home of the UK’s largest population of the insects.

Others have been found on rock faces, inside an embankment on a country lane and within brambles.

The number of nests found this year in Jersey has already equalled that discovered during the whole of 2018.

The finds fuel fears for the UK’s bee population which cannot defend themselves against the invasive predators.

The insects are setting up home in new and unexpected locations across the island.

The fight against the Asian Hornets on the Channel Islands is seen as crucial to spot them spreading to the mainland.

But those leading the fight fear they are losing the battle with a total of 55 nests already been located since they re-emerged in the Spring.

Volunteer Asian Hornet hunter John de Carteret said: ‘Two years ago we were being told that they only ever nest at the top of trees and they never build nests within 250 metres of another one.

“That thinking is completely gone now. We have had the recent nest in a bin, one underground, others in brambles and on rock faces, and it is these nests that are low to the ground that really pose the greatest danger to people.”

A farm worker was stung multiple times last month when he disturbed a nest within a bank on Les Ruettes in St Saviour while carrying out the branchage.

Mr de Carteret added: ‘The recent nest in the compost bin was discovered when a lady picking brambles nearby saw the insects flying around and sent us a photo.

“This is exactly what we want people to do, as it is essential we destroy as many nests as possible.”

A number of Asian hornets have also been spotted in southern England and the Midlands during recent weeks, demonstrating how the invasive insects are moving further north after arriving in the south of France more than ten years ago.

The insects started in Asia, moved through France and arrived in the Channel Islands in 2016 where numbers have steadily increased.

The British Beekeepers Association (BBKA) says Asian hornets are now most likely to be spotted in the south of England.

One hornet can eat 50 bees in a day and it is feared they could be devastating to the native bee population.

The hornets are able to kill with one sting among people who have an allergy, while they also pose a threat to the environment and native species.