There have been countless columns written about pollinators and their importance and impact on our daily lives and why they should not be underestimated. This topic has become more and more imperative as pollinator numbers have seen a dramatic decline. Over the past fifty years we have seen the localised disappearance of the large garden […] 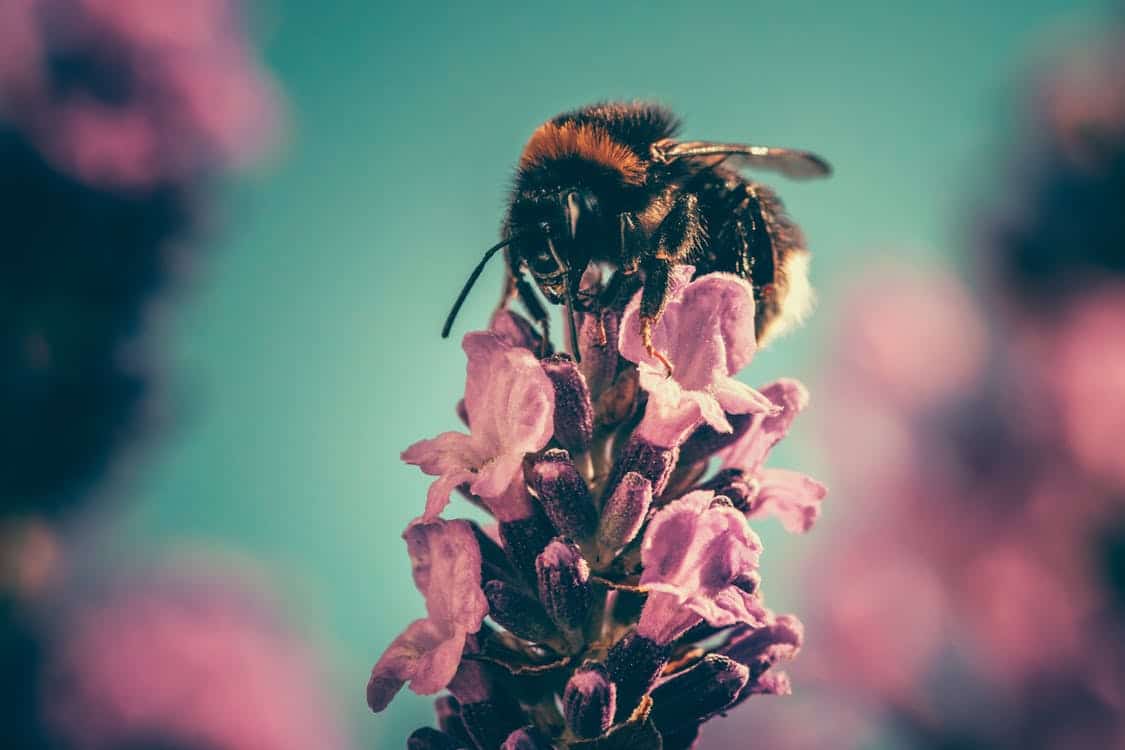 There have been countless columns written about pollinators and their importance and impact on our daily lives and why they should not be underestimated. This topic has become more and more imperative as pollinator numbers have seen a dramatic decline. Over the past fifty years we have seen the localised disappearance of the large garden bumblebee, Bombus ruderatus from Devon, Dorset and Cornwall. The first of this year’s busy bees are beginning to emerge, so what can we do in our everyday life to help protect the future of a wide range of these crucially important creatures? And how can we do this on a budget in our own back yards?

Pollinators are often thought of as birds, bees and butterflies. However, there are also large numbers of wasps, moths and flies who all play a vital part in pollinating vast numbers of plants. The involvement of significant numbers of invertebrates seeking a valuable food source in the form of nectar and as a result, pollinating the many flowers they visit is crucial to a wide variety of plant life. Fruit and vegetables such as apples and tomatoes would not exist were it not for the pollinating insects and almost all types of crops require a helping hand to continue bearing yields.

It is widely considered that there are a range of explanations for the declining numbers we see today. The main issue facing pollinators is a loss of their favoured habitat; 97 per cent of the UK’s wild flower meadows have been lost altogether since the 1930’s, and this coupled with modern farming practices, and the increased use of pesticides, makes it is easy to see why numbers are suffering the way they are.

When you think of pollinators, most people bring rolling vistas of open countryside to mind. Whilst it is true that open undisturbed landscapes have a crucial bearing on our wildlife on many levels, the urban habitat of your local park or back garden are just as important place for bees, moths and birds to seek refuge.

Many of us will have grown up having been greeted in our own back yards by the odd bumble bee in the warmer summer months, but it is interesting to note that a recent study found that honey bees produced more honey in urban Birmingham than in the surrounding countryside. With urban areas in the UK on the increase as a result of the current housing crisis and growing population, now is the time to promote awareness and do our bit for these little creatures, before it is too late and some species are lost for good. London, often referred to by many as “The Big Smoke,” has grabbed this issue by the scruff of the neck by taking part in The Bee Guardian Foundation Project to make a difference. Many suburbs of the expansive city are replacing existing areas of generalised bedding plants with native herbaceous perennial species such as blackthorn (Prunus spinosa), and native primrose (Primula vulgaris). These plant species are of greater benefit to our pollinators, and offer a much greater significance to wildlife than other commonly found non-native plants such as laurel (Prunus laurocerasus), and Leylandii sp.

As pollinators are responsible for an estimated value of £510 million worth of crops per year in the UK, the smallest of changes in our own back yards could have the potential to make an almighty difference.

What can you do?

To encourage bees and other insects to visit your garden you don’t have to don a white suit or get your whole back garden re-landscaped, there are some very simple steps you can take to make your plot pollinator friendly. By constructing a simple bug hotel there is not only the potential to support solitary bees, but the possibility of visits from countless other invertebrates, toads and maybe even hedgehogs depending on the design you go for.

The recent trend in upcycling over the past couple of years means that pollinator friendly constructions do not have to cost the earth; up-cycled pieces of wood from unwanted pieces of furniture, plastic plant pots and un-used pallets are more than adequate for our friends in the garden. If you are unsure where to start there are many handy guides on the internet to help you- such as this one with the RSPB.

So if you want to do your bit why don’t you rummage in your recycling, make use of the bric-a-brac in your garage and create a home for our nation’s most important workers.  As the days grow longer and warmer and we edge ever closer to spring, there is no time like to the present to make a small but very real difference to the future of our local habitats.