The nets have sparked outrage on social media, with Extinction Rebellion also calling out the university 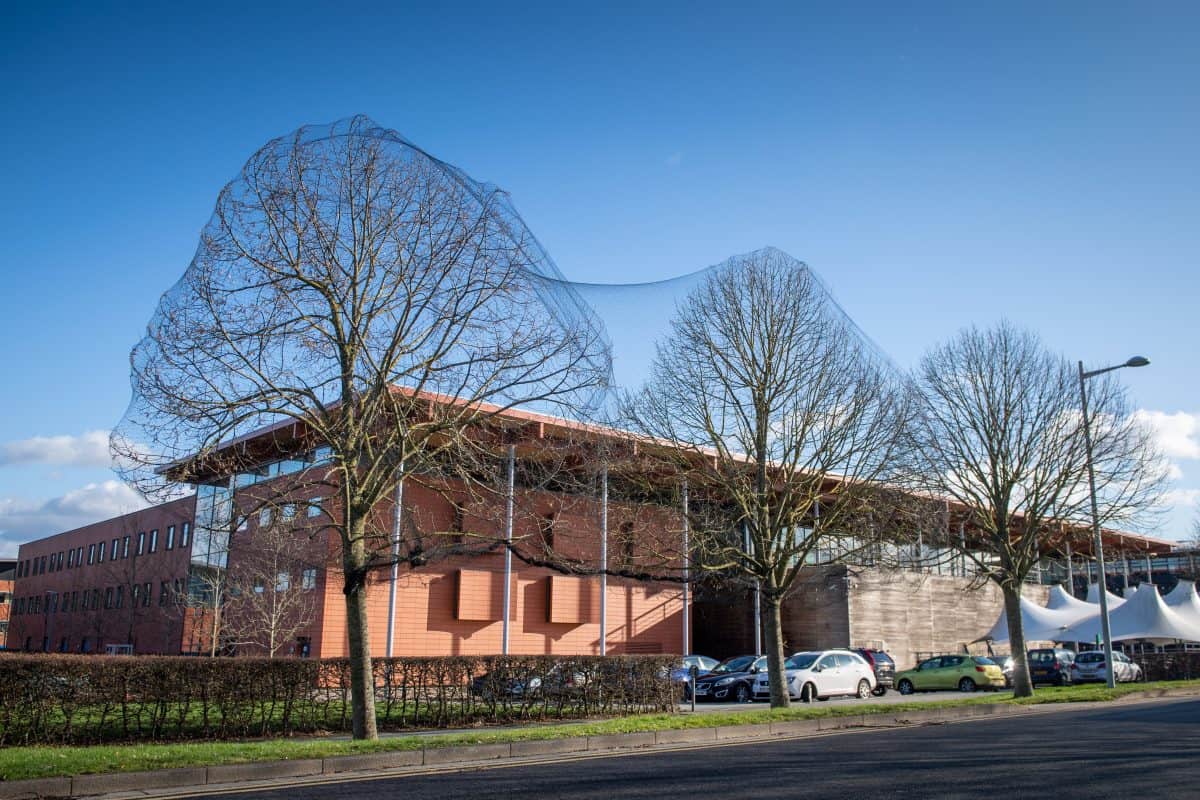 TV presenter Chris Packham has slammed Cambridge University – for putting giant NETS around trees to prevent birds from building nests in them.

Photographs of the nets, which completely engulf the branches of rows of trees on the university’s West Cambridge Site, emerged yesterday (Thurs) on social media.

And within minutes of the photos being posted, Packham – best known for starring on the BBC’s Springwatch show – had shared them with his 394,000 followers, calling the university “outrageous”.

The nets are placed over trees in springtime in order to stop wildlife from building nests in the branches, so that it is easier to remove greenery when the time comes.

The netting has been placed over around 20 trees on the university campus.

But 58-year-old Packham, who has expressed disdain for the nets in previous years, has now voiced his frustration over the nets appearing at Cambridge University.

He posted on Twitter: “Seriously? I thought we’d been through this last year! This is absolutely outrageous!”

The presenter Tweeted his disapproval in response to a post by bird ringer Stewart Abbott, who shared photos of the nets on JJ Thomson Avenue on the university campus.

Mr Abbott wrote: “Is this anything to do with you @Cambridge_Uni? Absolutely deplorable decision to put these nets up.”

And his post also prompted a response from the Cambridge branch of environmental group Extinction Rebellion.

The group wrote: “@Cambridge_Uni will you remove these nets or get your contractor to remove them?”

And in a follow-up Tweet, they wrote: “Anti-bird nets in the territory of a biodiversity emergency area, as declared by Cambridge City Council last year.”

They called upon Cambridge City Councillor Katie Thornburrow to ask for the nets to be removed.

The protest group’s post comes just a week after several XR members were arrested for digging up the lawn in front of Cambridge University’s 16th century Trinity College.

The nets have also sparked a wider debate on Twitter, with many people calling Cambridge University “disgusting” and demanding the nets be taken down.

Jane Ioannou wrote: “@Cambridge_Uni – you’re not making many friends this year with your anti-environmental decisions. Get a grip.”

Gill Coombs commented: “We don’t need to go to @Cambridge_Uni to know that bird numbers are crashing, British wildlife is beleaguered, and biodiversity is fragile.

“Consider this a polite request to take down the nets.”

And Alison Smorthwaite added: “Never seen anything so ridiculous.

“What right does anybody have to stop birds nesting in trees? It’s what birds are meant to do for god’s sake.

“Netting is cruel and dangerous for them, anyone who does this is sick in the head. Shouldn’t be allowed.”