British caterpillars are being infected with a ‘zombie virus’ which causes them to march towards the sun – before EXPLODING. The ‘baculovirus’ changes the caterpillar’s instincts to hide away from sunlight and forces them climb to the tops of plants. Their bodies are then liquefied – causing them to burst and spread the bug to […] 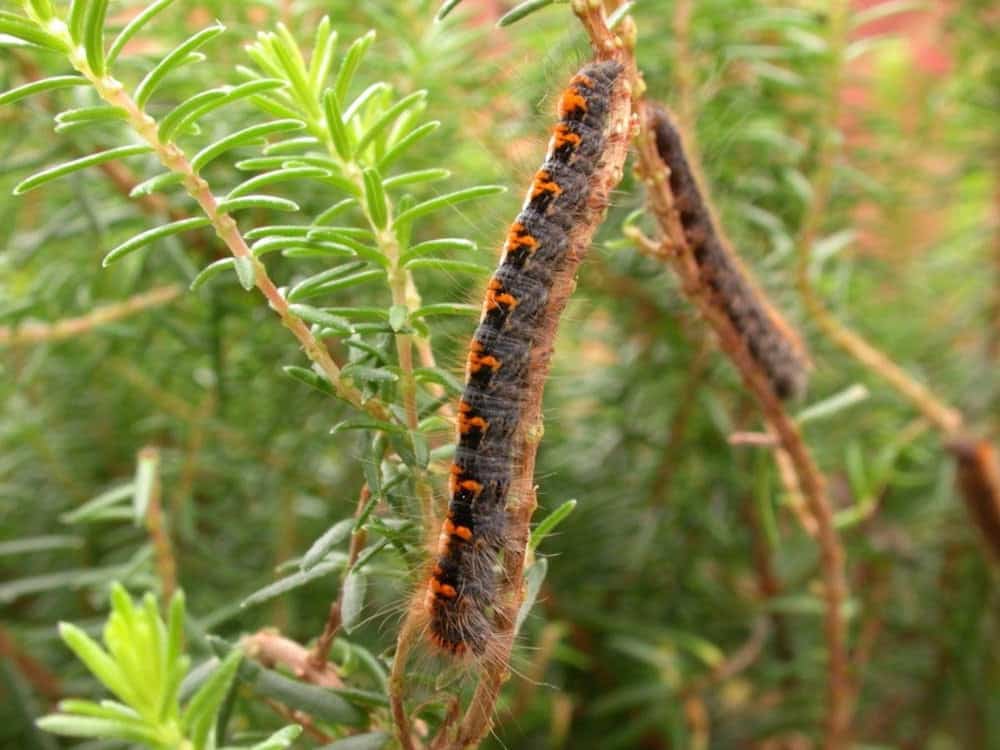 British caterpillars are being infected with a ‘zombie virus’ which causes them to march towards the sun – before EXPLODING.

The ‘baculovirus’ changes the caterpillar’s instincts to hide away from sunlight and forces them climb to the tops of plants.

Their bodies are then liquefied – causing them to burst and spread the bug to other insects.

The popped remains of several Oak Eggar moth caterpillars – a common variety in the UK and Europe – have been spotted across the West Pennine Moors in Lancashire.

“I was carrying out a large heath butterfly survey on Winmarleigh Moss and noticed a caterpillar hanging from the end of a branch of a small bush.

“Later on I saw another one hanging from a tall blade of grass. Both were dead but otherwise intact.

“Whilst checking some other branches I noticed small scraps of caterpillar skin on a couple of branches suggesting the two I had seen were not the only ones to be affected.

“It’s pretty gruesome when you think about it. It is really unusual seeing caterpillars high up as they can be eaten by birds.

“This is a caterpillar of the oak eggar moth which eats heather and bilberry so it is normally hidden in the undergrowth, not at the top of plants.”

A Wildlife Trust spokesman said: “We would ask everyone who sees caterpillars or snails for that matter high up on leaves to report it to us.

“They usually hide away from sunlight to protect themselves from predators.

“People should remain vigilant and look out for them.”