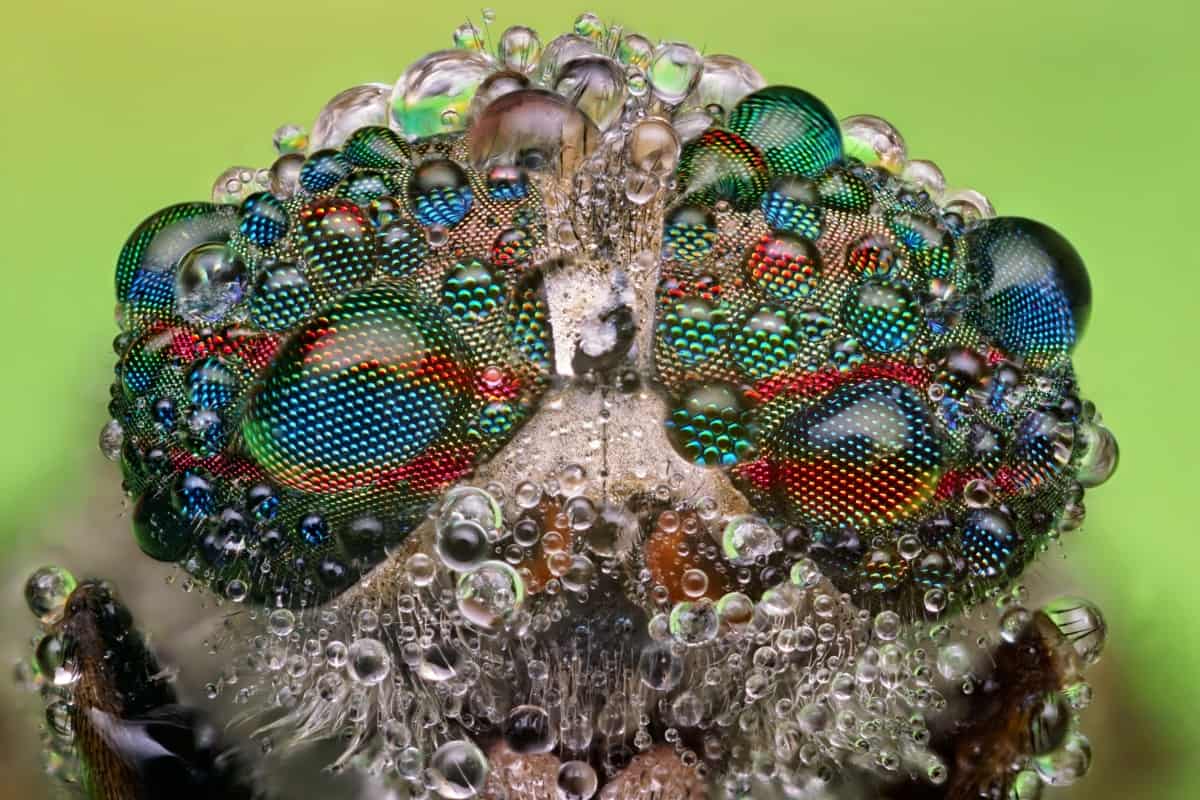 These astonishing close-up pictures show the intricate details of different insects covered in dewdrops – as a photographer uses the water as a magnifying glass.

He will often head out early in the morning as most of the insects “can’t move because of the cold and in times like this these pictures are created.”

Alexander, who has been a photographer for eight years, said humid weather helps to form the dewdrops on these insects which include dragonflies, horseflies, robberflies and wasps.

Alexander, from Herbstein said: “It makes me very happy when I manage to capture pictures like these, because I know how much work is in every single picture.

“The dew drops act like a magnifying glass, which makes the details of the insects even more visible.

“Insects with dew drops can be found in the early morning, especially in humid areas such as wet meadows and moor areas.

“What makes the whole thing really hard is the fact that I do not use a tripod and do all photograph and stacks freehand.

“These kinds of pictures take a lot of concentration and time.”

Alexander took spent hours capturing around seven hundred pictures in order to get these perfect images.

The detailed picture show a number of different insects measuring around one to two centimetres long.

He said: “I have been interested in spiders and insects since my childhood.

“I just go into nature and spend hours searching for it.

“I have been macro photography since 2012 and I still love it.”