In a time of recent sadness with the loss of several global icons, 2016 has already become somewhat of a morbid year. Not even four months into the year and we have already said goodbye to Terry Wogan, Alan Rickman, Victoria Wood, Ronnie Corbett, David Bowie, and Johann Cruyff to name but a few. All heroes in […] 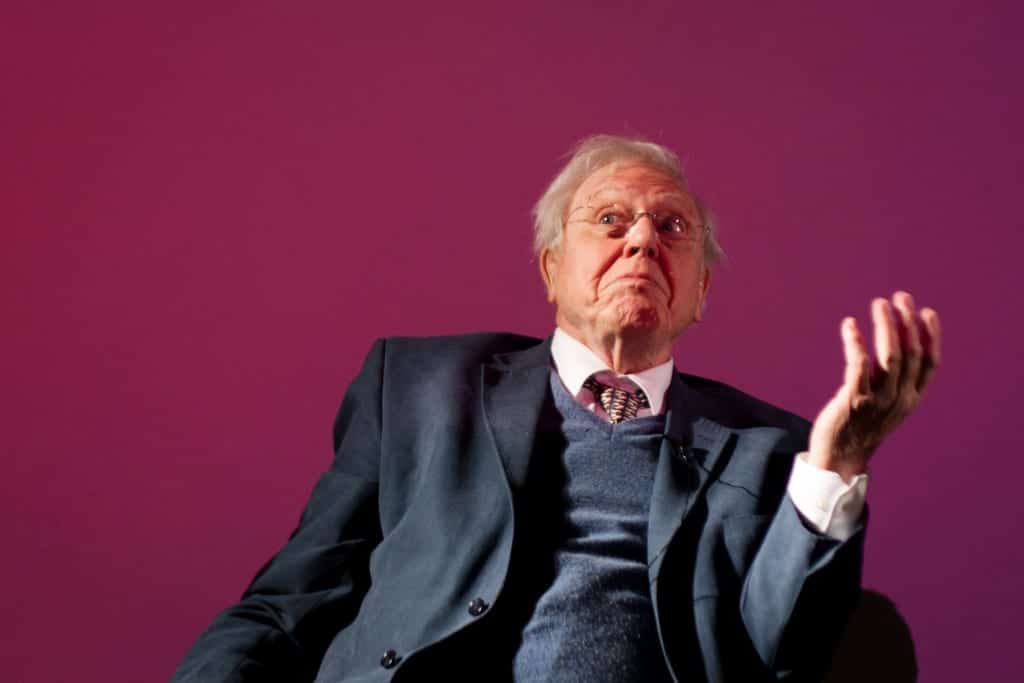 In a time of recent sadness with the loss of several global icons, 2016 has already become somewhat of a morbid year. Not even four months into the year and we have already said goodbye to Terry Wogan, Alan Rickman, Victoria Wood, Ronnie Corbett, David Bowie, and Johann Cruyff to name but a few. All heroes in their respected fields, they will be sorely missed.

There is cause for optimism this month though, as we celebrate the birthdays of some of those who are still with us. Eddie Murphy, Robert Downey Jr and Russell Crowe were all born in the month of April. Amongst these, there are two birthdays that stand out for very different reasons. Our Queen, Elizabeth II, turned 90 on the 21st April. While she is more than worthy of the various celebrations of her life to date as she celebrates her birthday, it is the 8th of May that gives me a greater cause for celebration.

Sir David Attenborough also turns 90 on Sunday, and it is to him I owe a great deal of my inspiration growing up as a child. Countless afternoons were spent in my living room fixated on the Saharan plains, Amazonian jungle and deep blue of our seas and oceans. All presented by the man with one of the most recognisable voices to have visited our screens. The ease in which he delivered his programmes gave hope to many, and it was through watching his programmes that laid down the foundations of my dreams.

It didn’t matter to me where he was, I was glued. To be able to see exotic plants and unusual animals that I will no doubt never get round to seeing described in great detail in your front room was a real highpoint of my youth. Added to that an extraordinary ease of delivering countless related facts, including newly seen behaviours was something I couldn’t get enough of.

As time progressed, so did the programmes in which he featured. He has been involved in wildlife documentaries far longer than I have been alive, and his Wildlife on One in 1977 set the standard for what was to follow. He is seen by many including me, as a real living legend. Not happy with just presenting, he took to producing, writing and directing.

The trials of life from 1990 and its subsequent re-runs on the BBC are the documentaries that stand out the most for me. The later programmes, Planet Earth and Africa illustrate how far his programmes have come, and I am the proud owner of his complete boxset to watch as and when I please.

Technological advances allowing improved camera angles and previously unseen footage attracted more attention from the public. Packs of wild dogs filmed from the air, the depths of our oceans recorded from submersibles, each new series brought new ideas, and unseen footage from different corners of the globe. All have been a must watch for me.

Above all the fantastic camera angles and exotic places covered, it is the messages that Attenborough delivers that impress me the most. His awareness of man’s influence, and the need for conservation on a global scale throughout his career is unrivalled. His most recent series focuses on the Great Barrier Reef. One of the seven natural wonders of the world, and the only living organism to be seen from space. It is truly remarkable, and with over 3000 species of coral, and hundreds of small islands, is unlike anything else found on our planet. Quite rightly, one of the most visited sites in Australia, and having been, can vouch for its outstanding beauty. I completed my very first SCUBA dive here, and all the while had Attenborough’s voice in the back of my head. His new programme is, of course brilliant, but it’s the recognition and awareness to protect these amazing places and the species which depend on them which interests me most about his work.

An icon of the natural world, appealing to so many people can only mean good things for our future generations, and I hope they will take to him as well as I have, in order to improve this amazing place we call home.

The celebratory programmes, various re-runs of old footage, and a genuine celebration of his remarkable dedication to the natural world, is certainly something that, in my opinion should be celebrated in style. He has after all been on our screens since 1952, an incredible 64 years, and at 90 years of age, is showing no signs at all of slowing down just yet. He will of course be unable to continue for another 64 years, but I certainly hope there is plenty more in the tank yet. With the ever advancing technology, and never ending conservation issues we currently have, he will have plenty to focus on going forward.

Sir David Attenborough, a real living legend, and who knows, we may be seeing him still on our screens upon collecting his telegram from the lady with who he shares the same birthday. Now that would be some celebration indeed!