2019 was the second warmest year in records dating back to the 19th century, an assessment shows. 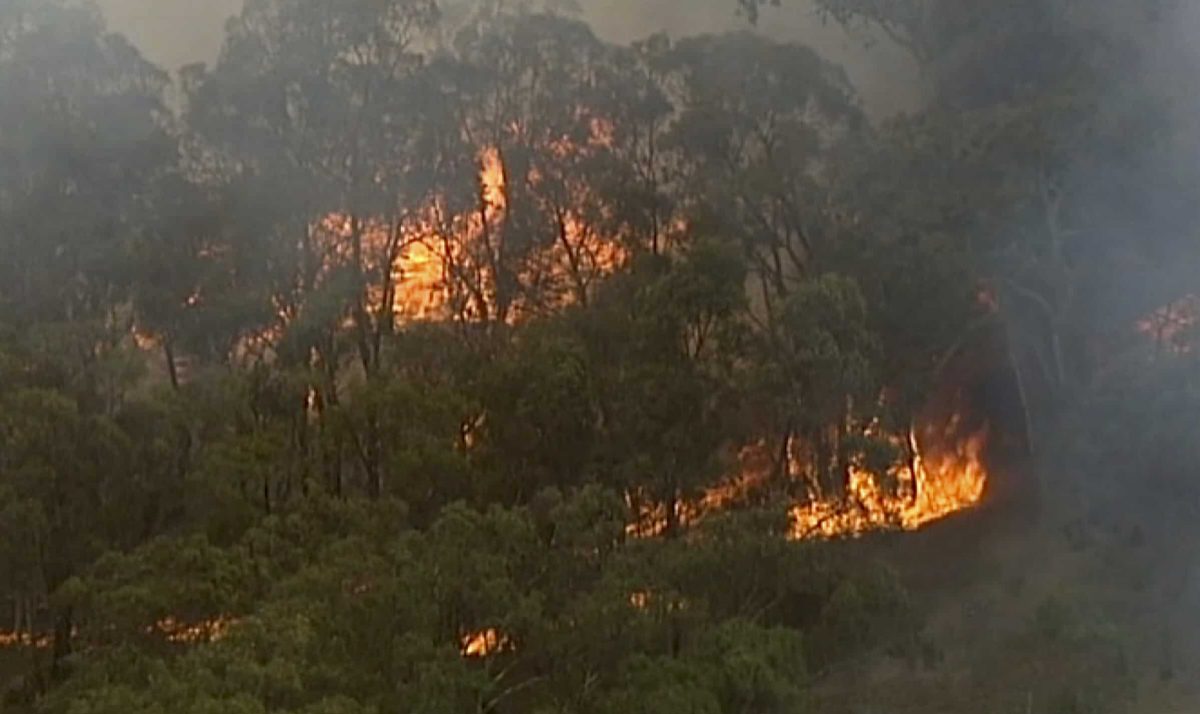 In this image made from video, an aerial scene showsfires burning in Bundoora, Victoria state, Monday, Dec. 30, 2019. New Year’s Eve fireworks in Australia’s capital and other cities have been canceled as the wildfire danger worsens in oppressive summer heat, and pressure was building for Sydney’s iconic celebrations to be similarly scrapped. (Australian Broadcasting Corporation, Channel 7, Channel 9 via AP)

The world has just experienced its hottest decade on record, with 2019 among the warmest years ever seen, scientists have confirmed.

Only 2016 – when temperatures were boosted by a significant El Nino weather pattern in the Pacific – has been hotter since the records began.

The data also shows that the past five years were the warmest in the 170-year series, and the 2010s were the hottest decade on record.

Scientists at the Met Office Hadley Centre, the University of East Anglia’s Climatic Research Unit and the UK National Centre for Atmospheric Science produce one of the global data sets, known as HadCRUT4.

It is compiled from millions of air and sea surface temperature measurements taken across the globe from land on all continents and from all oceans.

The data shows that temperatures were 1.05C above pre-industrial levels, making 2019 the third warmest year in the series stretching back to 1850, behind 2016 and 2015.

Scientists from US agencies Nasa and the National Oceanic and Atmospheric Administration (Noaa) also produce data sets for global temperature, each dating back to 1880, and find that 2019 is the second warmest on record.

The differences are largely down to how the scientists account for the polar regions, where data is sparse, the Met Office said.

But taking the evidence from the three records, together with other estimates from reanalyses, suggests that 2019 was most likely the second warmest year.

All three records agree that the last five years have been the warmest five years since each global data set began.

Dr Colin Morice, from the Met Office Hadley Centre, said: “Our collective global temperature figures agree that 2019 joins the other years from 2015 as the five warmest years on record.

Each decade since the 1980s has got hotter

“Each decade from the 1980s has been successively warmer than all the decades that came before.

“2019 concludes the warmest ‘cardinal’ decade, those spanning years ending 0-9, in records that stretch back to the mid-19th century.”

He added: “While we expect global mean temperatures to continue to rise in general, we don’t expect to see year-on-year increases because of the influence of natural variability in the climate system.”

Professor Tim Osborn, director of research at the Climatic Research Unit, said: “We are confident that the world has warmed by about 1C since the late 19th century because different methods of working out the global temperature give very similar results.”

Met Office figures have also revealed that for the UK, the 2010s have been the second warmest of the cardinal decades over the last 100 years of weather records.

Meanwhile, the Bureau of Meteorology in Australia – where wildfires have been raging amid record temperatures – also recently confirmed that 2019 was the warmest and driest year on record for the country.

World Meteorological Organisation secretary-general Petteri Taalas said global temperatures had risen by about 1.1C since pre-industrial times, ocean heat was at record levels and, on the current emissions path, the world was heading for 3C-5C of warming by 2100.

He said 2020 had started out where 2019 had left off, with high-impact weather and climate-related events such as the massive wildfires in Australia.

“Unfortunately, we expect to see much extreme weather throughout 2020 and the coming decades, fuelled by record levels of heat-trapping greenhouse gases in the atmosphere,” he said.